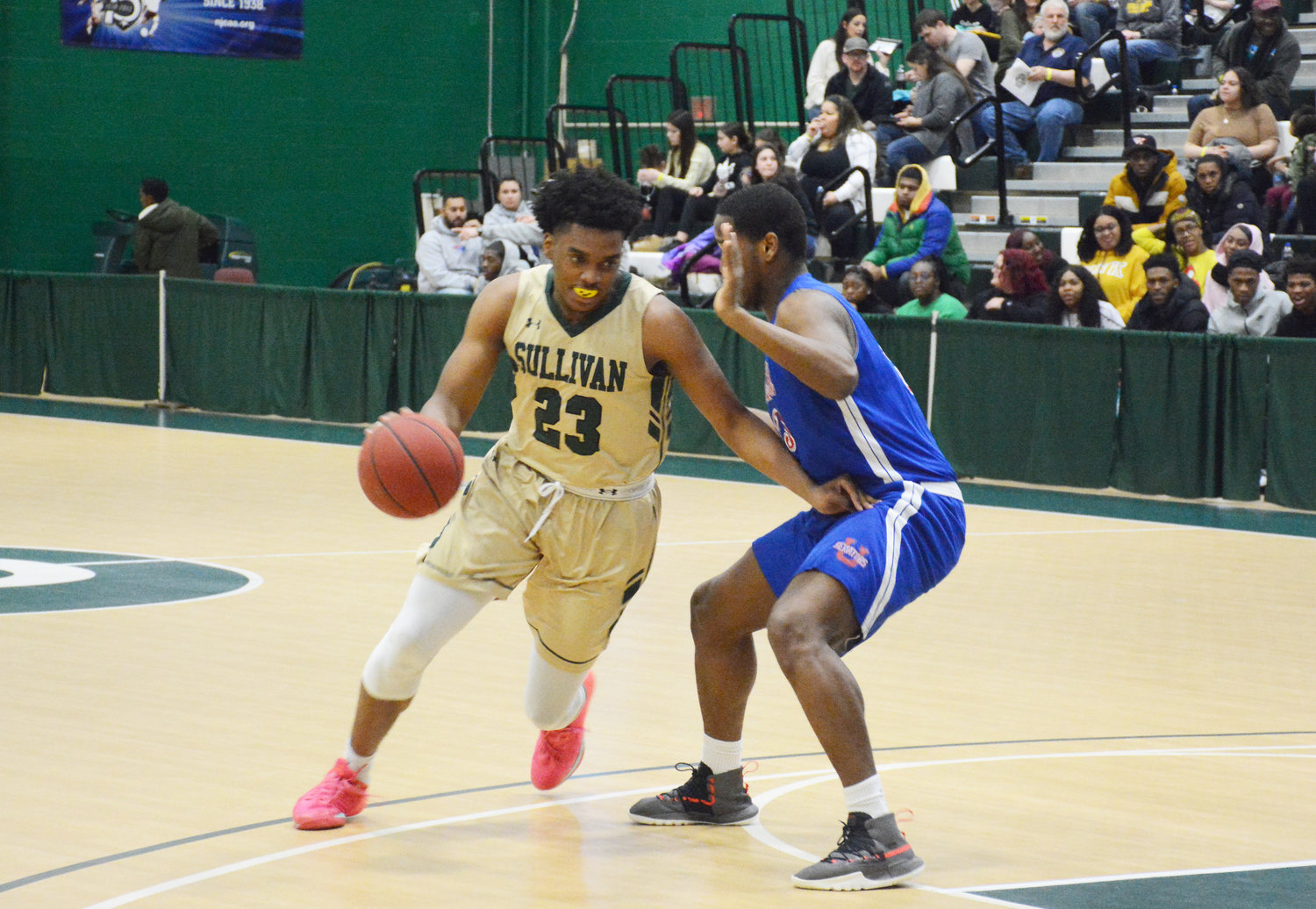 Darius Lee, left, is pictured in 2019 leading the Generals to a win over the SUNY Ulster Senators.
Joseph Abraham | Democrat
Posted Friday, June 24, 2022 5:22 am
By Joseph Abraham

The SUNY Sullivan community is mourning the loss of Lee, who was killed in an early morning shooting in Harlem on Monday. He was 21-years-old.

According to an ESPN report, New York City police say that in addition to Lee, eight others were wounded.
The ESPN report further states that officers responded around 12:40 a.m. to reports of a shooting on a footpath along FDR Drive and found several people wounded. As of press time, an investigation was still ongoing.

According to ESPN, Lee was a Harlem native who attended St. Raymond High School for Boys in the Bronx.

Speaking about Lee, DePew said he was, “The quiet leader that let his play do all of the talking ... a fierce competitor on the court, a hard-working student and a humble and kind gentlemen off it. Words cannot describe our sadness. He will be deeply missed.”

He was also the star of the Generals’ 2019-2020 NJCAA East District and Region XV Champion team that went 28-2 and was ranked No. 2 in the country. That team was hours away from leaving for the NJCAA National Championship Tournament in Danville, Illinois when COVID-19 shut down most of the country.

Lee went on to graduate from SUNY Sullivan with a degree in Sports Management and according to SUNY Sullivan Men’s Basketball Coach Brent Wilson, had 50-plus scholarship offers to choose from.
Lee, a guard and forward, chose to continue his athletic and academic career at Division I Houston Baptist University (HBU).

This past season Lee tied the HBU school record with 52 points in a game while eventually being named 2nd Team All-Southland Conference and an All-Defensive Team selection. This spring he was named HBU’s Robbie Robertson Male Athlete of the Year.

Wilson said that Lee was in the process of completing a few classes to earn his bachelor’s degree in December and then begin working toward a master’s degree next spring.

“Today has been a day that any coach or parent cannot prepare for,” said Wilson on Monday. “To learn the news of the tragic passing of Darius Lee has been difficult to comprehend ... Darius was hardworking, humble and had a promising future. He was a quiet but confident leader with a smile that could light up a room. He was a competitor that was unfazed throughout adversity. Darius was everything we look for in a student-athlete.

“As a coach we strive to leave an impact on our kids, teach life lessons and hopefully win a few games,” Wilson continued. “Darius won plenty of games, received many accolades but I think the impact he made on myself and our program will leave a bigger legacy than any coach could hope for. We are devastated by his loss and I am especially thinking of his mother, Taren during this difficult time.”