Kindly rural mailman steps down from the truck after 32 years

For more than three decades, Jim Edwards served as “Mister Mailman” for 72 miles of people and businesses.

As of Friday, Edwards has retired from his career as a rural mail carrier in …

Kindly rural mailman steps down from the truck after 32 years 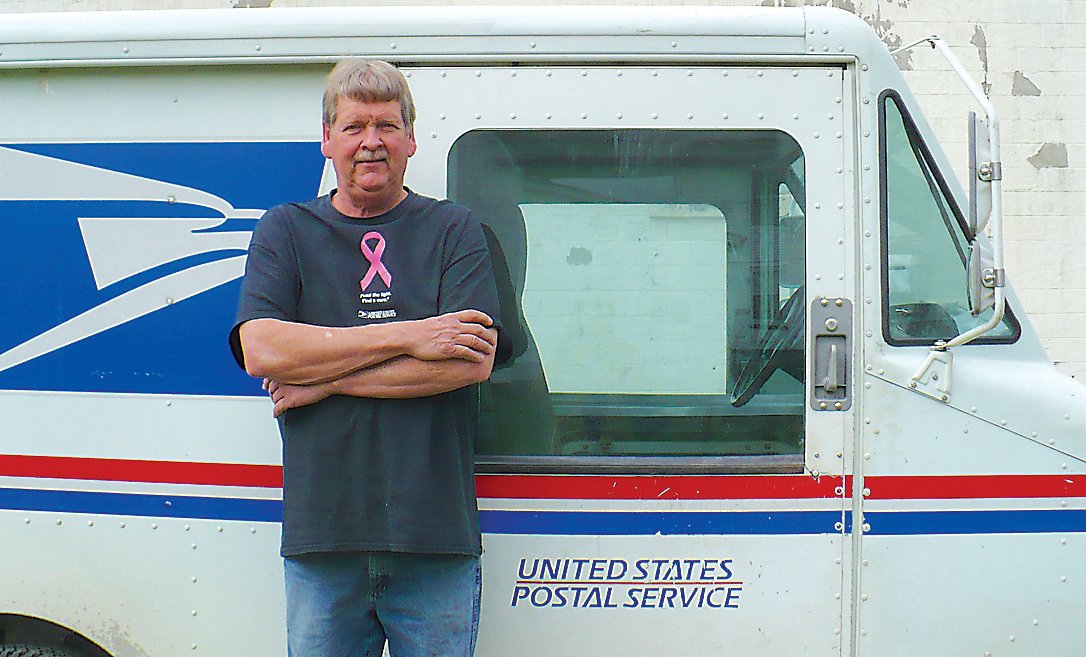 For three decades, rural mail carrier Jim Edwards has driven through snow and sleet, past concerned dogs and glad people, as he tendered important mail in envelopes, packets and parcels.
Contributed photo
Posted Friday, April 29, 2022 6:10 am
By Kathy Daley

For more than three decades, Jim Edwards served as “Mister Mailman” for 72 miles of people and businesses.

As of Friday, Edwards has retired from his career as a rural mail carrier in western Sullivan County. In addition to covering the communities Jeffersonville, Kenoza Lake and Kohlertown, his route touches the boundaries of Youngsville, Livingston Manor, Swan Lake, Callicoon and Callicoon Center.

“I'm looking forward to doing projects here and there, being with family, playing some golf,” said Edwards. He is married, the father of grown children and a native of Sullivan County.

“I've lived in Lake Huntington and Hortonville my whole life,” he said. “I was originally in construction – but I had two young children and I needed a stable job.”

Edwards' world opened wide when he signed on as the guy who handles the U.S. Postal Service mail truck, driving from the right side of the vehicle rather than the left, jumping out on the right side to deliver mail.

On his first week as mail carrier, he encountered an elderly woman who had been bitten on her Achilles heel by a neighbor's dog.

“She was holding on to the dog's tail,” afraid to let go for fear the animal would bite her again. Edwards and the woman's sister came to her assistance.

“They sent a nice letter to the postmaster,” recalled Edwards.

On another occasion, he helped a farmer corral his cows.

“I've seen bears quite a bit and there's a fox I've seen all the time, for over a year – a beautiful animal,” said Edwards.

Nowadays, there's still mail in envelopes to deliver but by and large, packaged goods have taken over.

“Sometimes there are 600 packages in one day from Amazon,” said Edwards.

He's proud of his career, but it's time to move on.

“I've met a lot of good people, I've seen kids grow up, get married,” he said. “New people moved in during the (recent) pandemic and they got to know me, to know my name.”

“Everybody likes Jim,” she said. “He's personal, patient and helpful. Sometimes I couldn't figure out how he got here in bad weather. He's done a wonderful job.”