Mary Ann Kaiser of Scottsdale, AZ, formerly of Monticello, NY, died peacefully in her sleep on July 7, 2020 at the age of 90. She was the daughter of Michael and Josephine Qualtere Kingston, NY. … 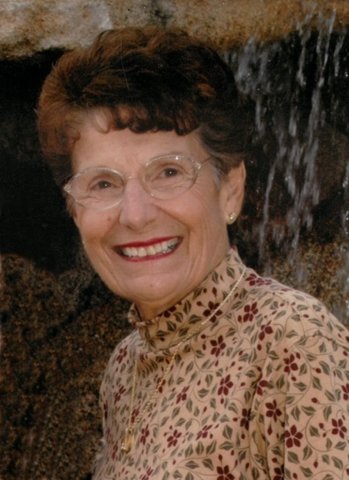 Mary Ann Kaiser of Scottsdale, AZ, formerly of Monticello, NY, died peacefully in her sleep on July 7, 2020 at the age of 90. She was the daughter of Michael and Josephine Qualtere Kingston, NY.

Mary Ann graduated from the College of Saint Rose with a Bachelor's degree in English and Spanish and from the State University of New York at Albany with a Master's degree in Guidance. She was an English and Spanish teacher at Monticello High School for two years and a guidance counselor at Minisink Valley and Liberty High Schools for over 20 years. Teaching students the intricacies of language and guiding them to the next stage of life after high school gave Mary Ann much pride. She also enjoyed helping out her communities. Mary Ann was active in the Monticello Women's Club, serving as Treasurer and President. She was also active at St. Peter's Catholic Church as a catechist. In Scottsdale, she was an active member of St. Patrick's Catholic Community as a Red Ambassador Minister. After retirement, she and Bob traveled extensively with friends and family. She enjoyed seeing new places and meeting people along the way who became life-long friends.

Mary Ann was a loving daughter, wife, mother, grandmother, and great-grandmother. Her greatest joys were her faith and her family. Attending weekly Mass and saying her daily prayers and rosary brought her peace and closeness to Our Lord. Being with her family, especially her grandchildren and great-grandchildren, brought a beautiful smile to her face, which was a reflection of the happiness in her heart.

Her Funeral Mass was held at St. Patrick's Church in Scottsdale, AZ. Interment and graveside services will be held on Monday, July 20 at 11:00am at the St. Peter's Catholic Cemetery, Rock Ridge Avenue in Monticello.

In lieu of flowers, contributions may be made to St. Peter's Catholic Church, 10 Liberty St., Monticello, NY, 12701.

Arrangements are under the direction of the VanInwegen-Kenny, Inc. Funeral Home of Monticello. For additional information or to send an online condolence, please visit www.kennyfuneralhome.com