My name is Patti Greco Sunshine, born October 21, 1960 in Monticello, in an area called the Mountains, The Borscht Belt, or simply The Catskills. Since this article is about being a performer, I will … 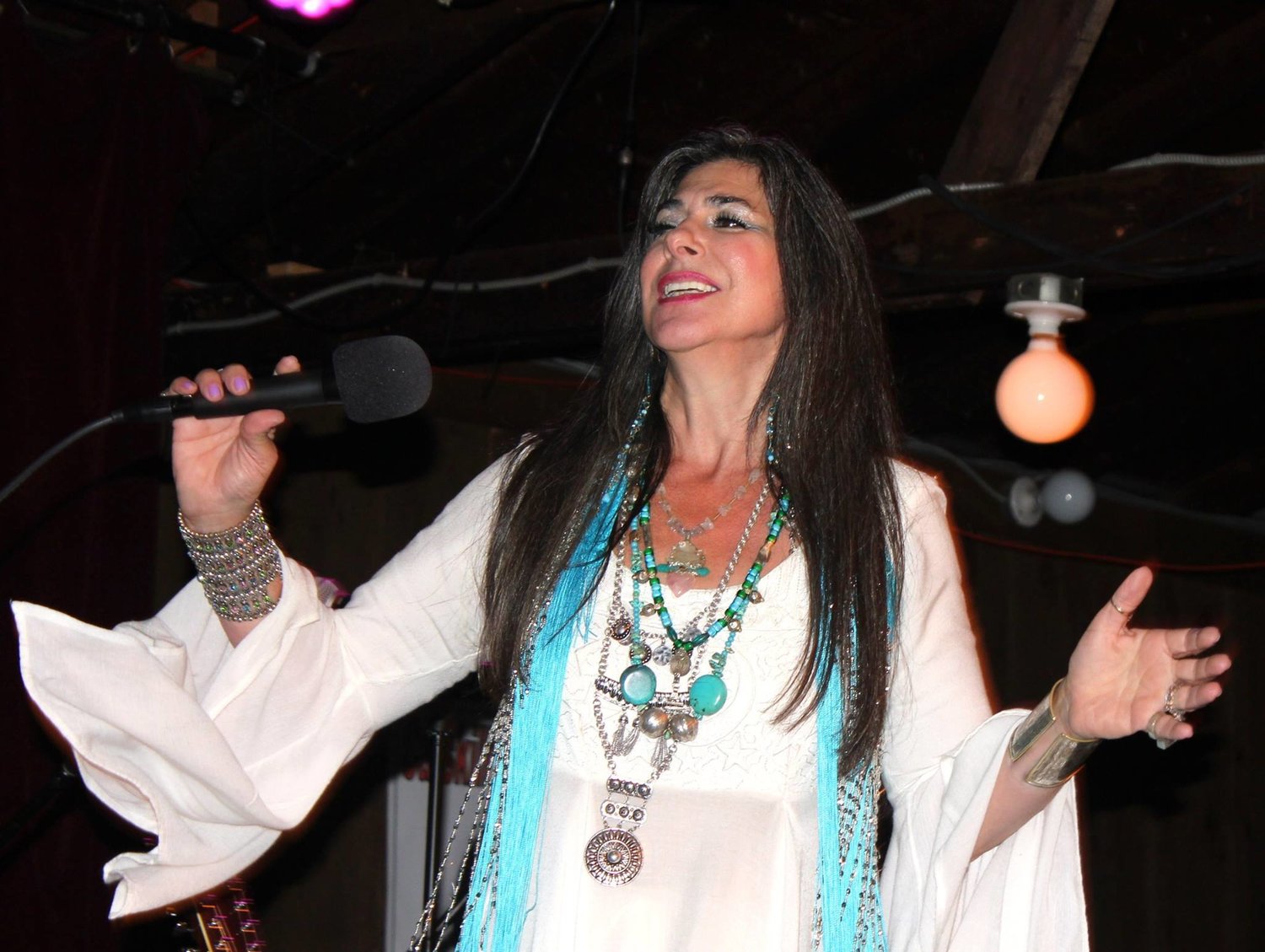 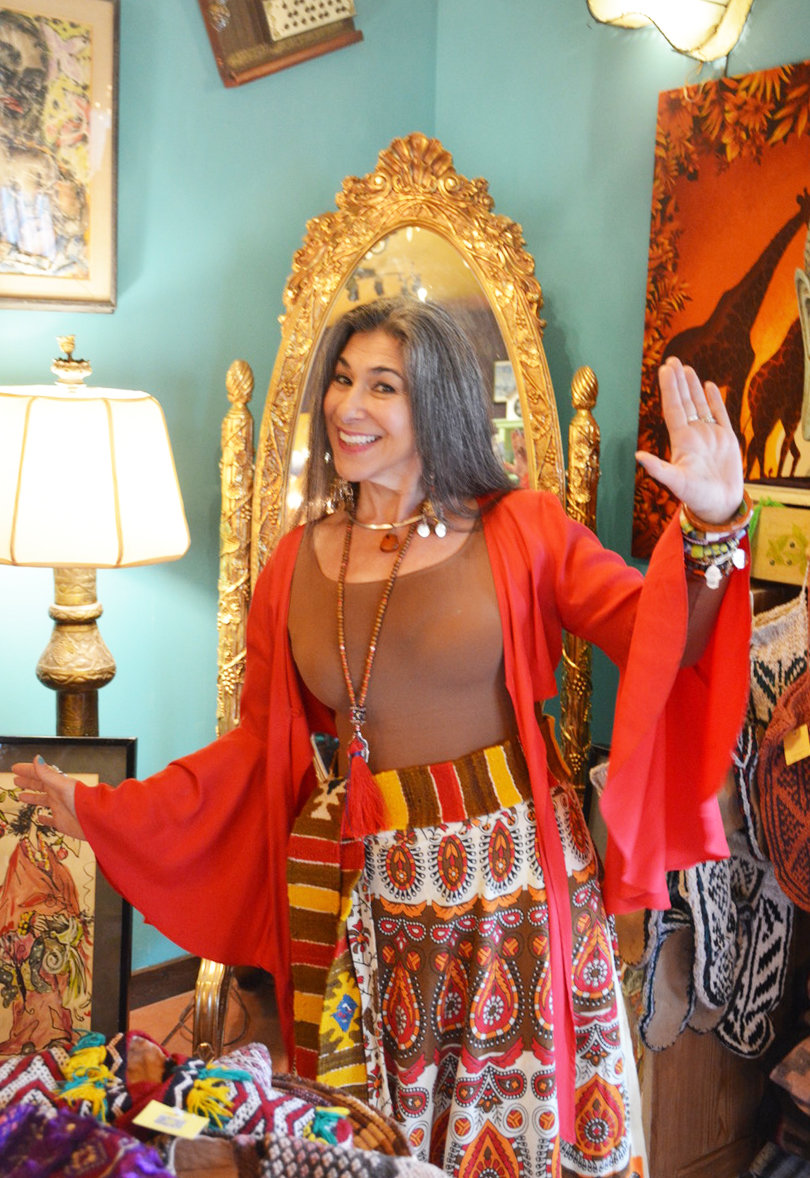 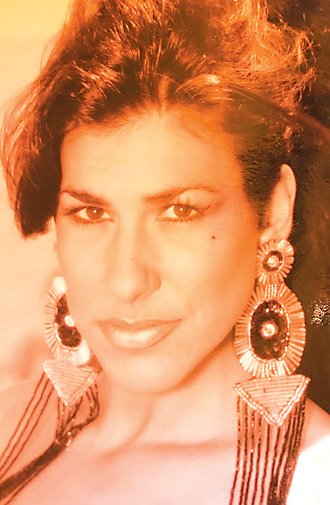 A photo of Patti Greco Sunshine in the 1990s.
Contributed photo 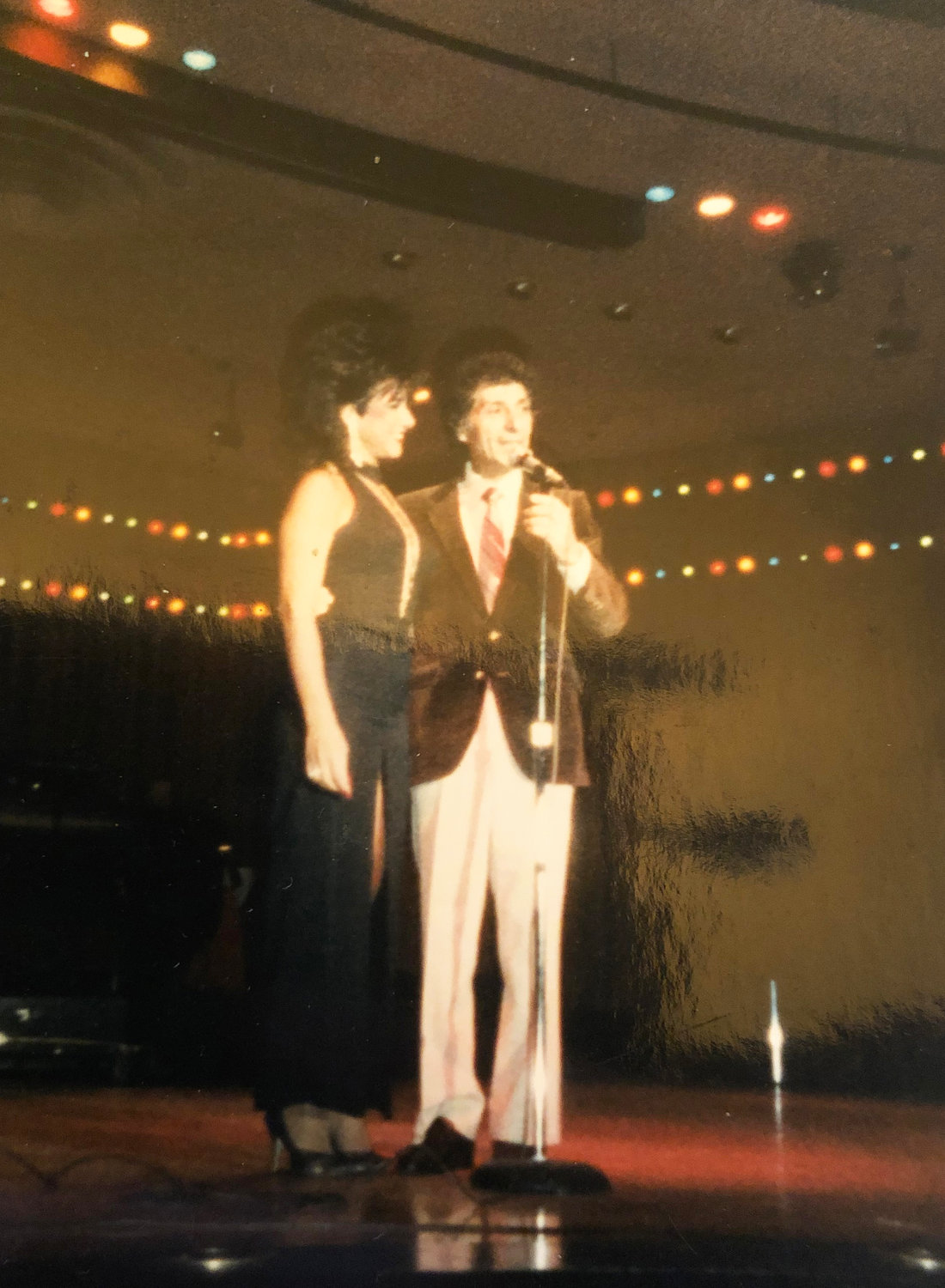 Patti performing with her father Johnny Greco at the Pines Hotel in South Fallsburg.
Contributed photo
Previous Next
Posted Friday, April 15, 2022 6:10 am

My name is Patti Greco Sunshine, born October 21, 1960 in Monticello, in an area called the Mountains, The Borscht Belt, or simply The Catskills. Since this article is about being a performer, I will get right to it.

My father, Johnny Greco, was an entertainer. I say entertainer because it is different than just being a comedian, singer, or juggler. It is a person who can take a stage and bring the audience to life ... engage them, keep them and leave them wanting more.

My mother, Joan Chanin, was a strong, elegant yet very capable woman who could be just as comfortable in an evening dress she designed and sewed, or under the tractor where she just repaired the carburetor.

I was a shy, quiet child who just wanted to please and found that being entertaining, whether it be singing, dancing or being funny, made people happy and me happy. I was born in the right place.

By age 8, I had really decided that I was going to be an entertainer, a singer! My mother’s good friend JoAnne Florio was one of the greatest entertainers I had ever seen or heard. She took me under her wing. Four weeks every summer she would bring me to NYC, and I would watch and learn from her. Soon I developed into a little girl with a big voice and had my focus. I would perform at every family gathering and like they say ‘light a match and I’ll do 10 minutes.’

At 10 years old, I got my big break. I performed at the Mal Z Madness hour at the Pines Hotel where my father was the MC. I wowed them singing Quando Caliente El Sol, which I still sing today in every performance. It was a contest. I lost. It wasn’t fair and I had to get over it. Welcome to show business!

Fast forward, singing was in my blood. I did it whenever and wherever I could. Fortunately for me, I lived in the Catskill Mountains. My first real job was as social staff at The Concord Hotel. I knew every musician and entertainer in the place and got to sit in all the time. Philly Greenwald, a major booking agent in the Catskills, would always request that I sing and The Sonny Rossi Quartet, Joe Sacharas, Artie Narvez and Erskine Hawkins were always happy to bring me up. How lucky was I. This was pure gold!

Learning from the best was key. The hotels all had name acts in the nightclub and watching them was pure joy. I studied and absorbed it all watching every show, and more importantly, the rehearsals. That is when you really learn. Soon I was taking the stage with the confidence of a pro never having ever been paid yet. These musicians taught me etiquette, timing, the American songbook and helped me on my way. It was like entertainer’s boot camp.

I believe in love, and that love took me to Dallas, Texas. At 22, I found myself in a place where I knew no one and no one knew me. Not a bad place to be. Dallas wasn’t for me, but Houston certainly was. When I got to Houston the music scene was on fire. Piano bars were the thing and the ability to show my talent was everywhere. Soon I found myself singing with the best musicians in the city, trios, quartets, and The Ed Gerlach 16-piece orchestra. Now I am getting paid to do what I do, and no one knew who I was, they only knew is that I was good.

The Catskills taught me how to walk out on a stage prepared and confident. I was grateful and growing, but still yearning to do my own show. So, I am heading back to the Catskills by way of Florida.

As luck would have it, I decide to pop into agent Bobby Breen’s office just in case there is work for me here. The ‘art of bull****” (story for another time), gets me a gig doing my very first one woman show. I had no charts, no show, just an arsenal of material to pull from in my head. I do the show, get a standing ovation and it begins.

By  1987, I am off on a cruise ship for a six-month gig which turned into nine. I was honing my craft and couldn’t wait to get back to Catskills.

After my debut performance at Kutcher’s, Milton Kutcher came back and told me that I had exceeded his expectations. Make no mistake, The Catskill Mountain audience is the toughest you will ever encounter. They saw Tony Bennett last night and tonight they get to see you! It’s a tough room!

By now my schedule was full, 30-plus weeks headlining on Cruise ships, about five weeks in Atlantic City, five in Vegas and the rest here at home in the Catskills. I was blessed and doing what I was passionate about.

In 2000, I met my soul mate Jonathan Sunshine, experienced restaurateur (Twin Bridge Junction) who also had background in managing some of our area’s largest hotels (The Browns, Stevensville, Granit). It was time to have a simple life, plant my feet firmly back on my home soil, walk barefoot in the grass and make it about us, not just me. We opened Luzon Station Eatery and Saloon in Hurleyville, where we created a place that was very much the both of us. Delicious food and great music in a comfortable homey atmosphere, all while also owning The Sunshine Group Real Estate Corp.

For more information about Patti, visit www.pattigrecosunshine.com. She will be performing at Rafters Tavern in Callicoon on June 24 and August 27.