SW fights with all they have but succumbs to Chester

CHESTER - Even the greatest heroics don’t always result in victory. Case in point: Just three hundred Spartan warriors held off an onslaught of thousands of Persian soldiers for three days in …

SW fights with all they have but succumbs to Chester 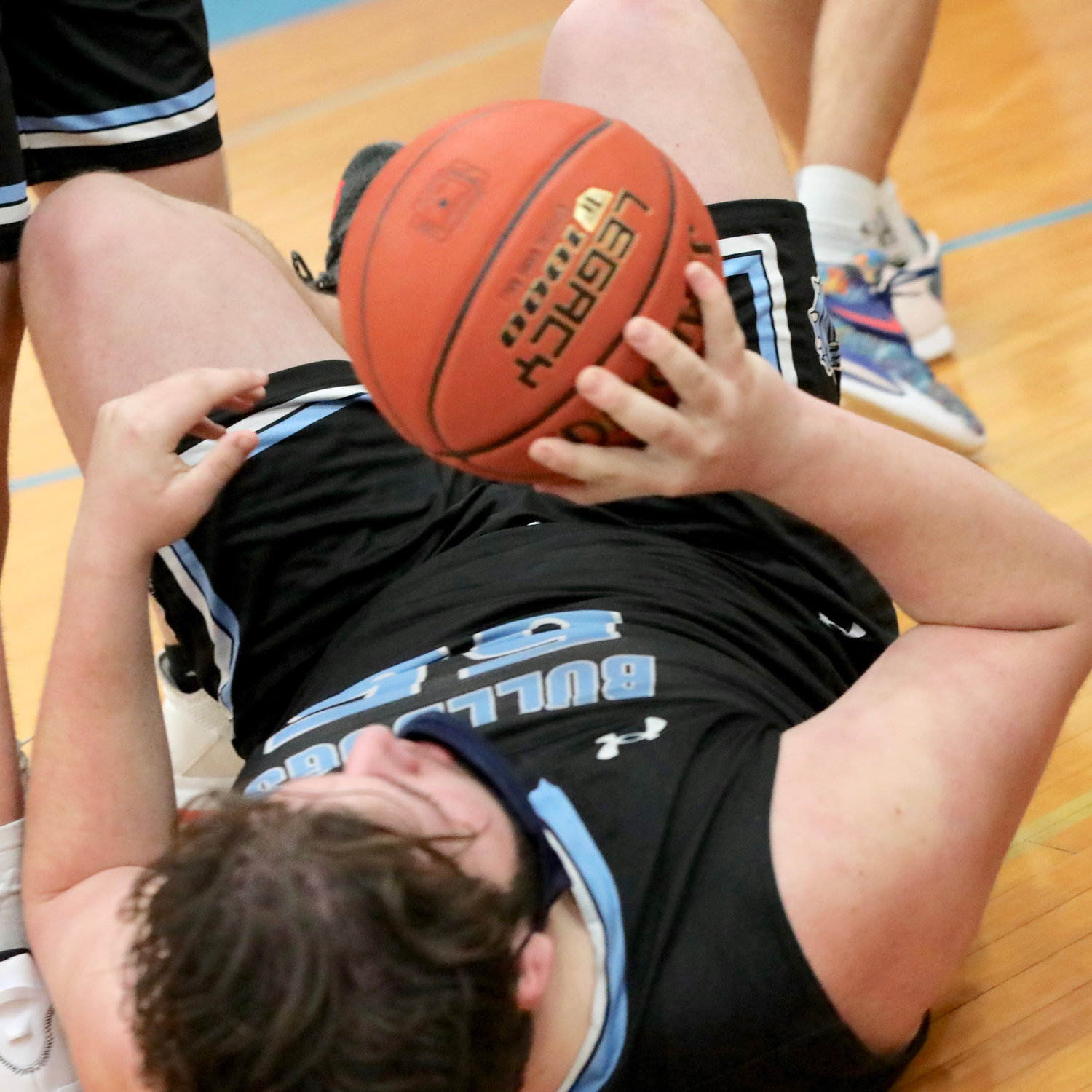 Sullivan West senior Chris Campanelli rolls on the floor holding on to a loose ball. His toughness was important in the battle on the hardwood. He led Sullivan West with 12 points on the night.
Richard A. Ross | Democrat 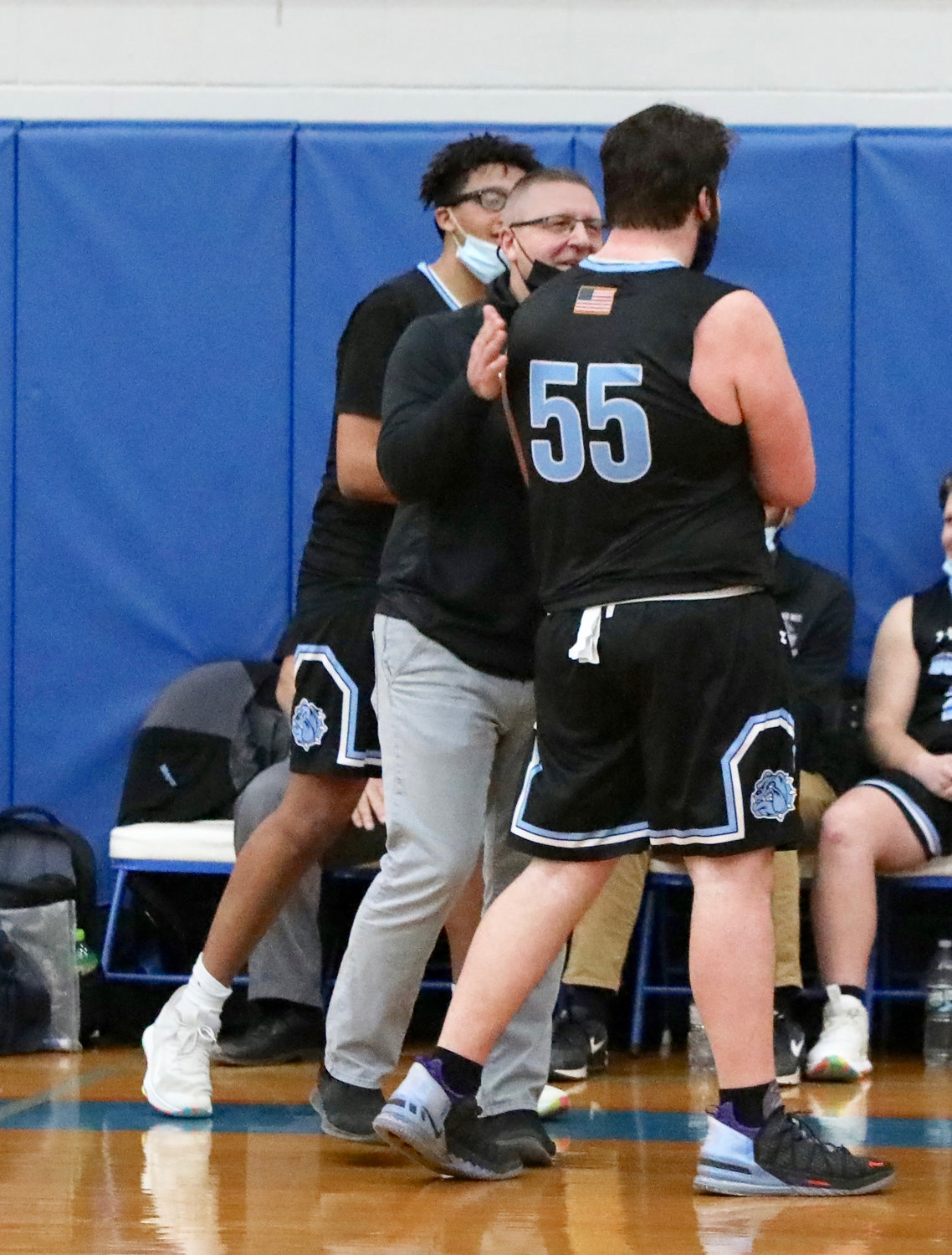 An emotional exit. Chris Campanelli leaves the game in the waning minutes and is patted on the back affectionately by coach John Meyer. The Big Fella left his imprint on SW basketball just as he did in football and will do this spring as a thrower and sometime relay runner in track.
Richard A. Ross | Democrat 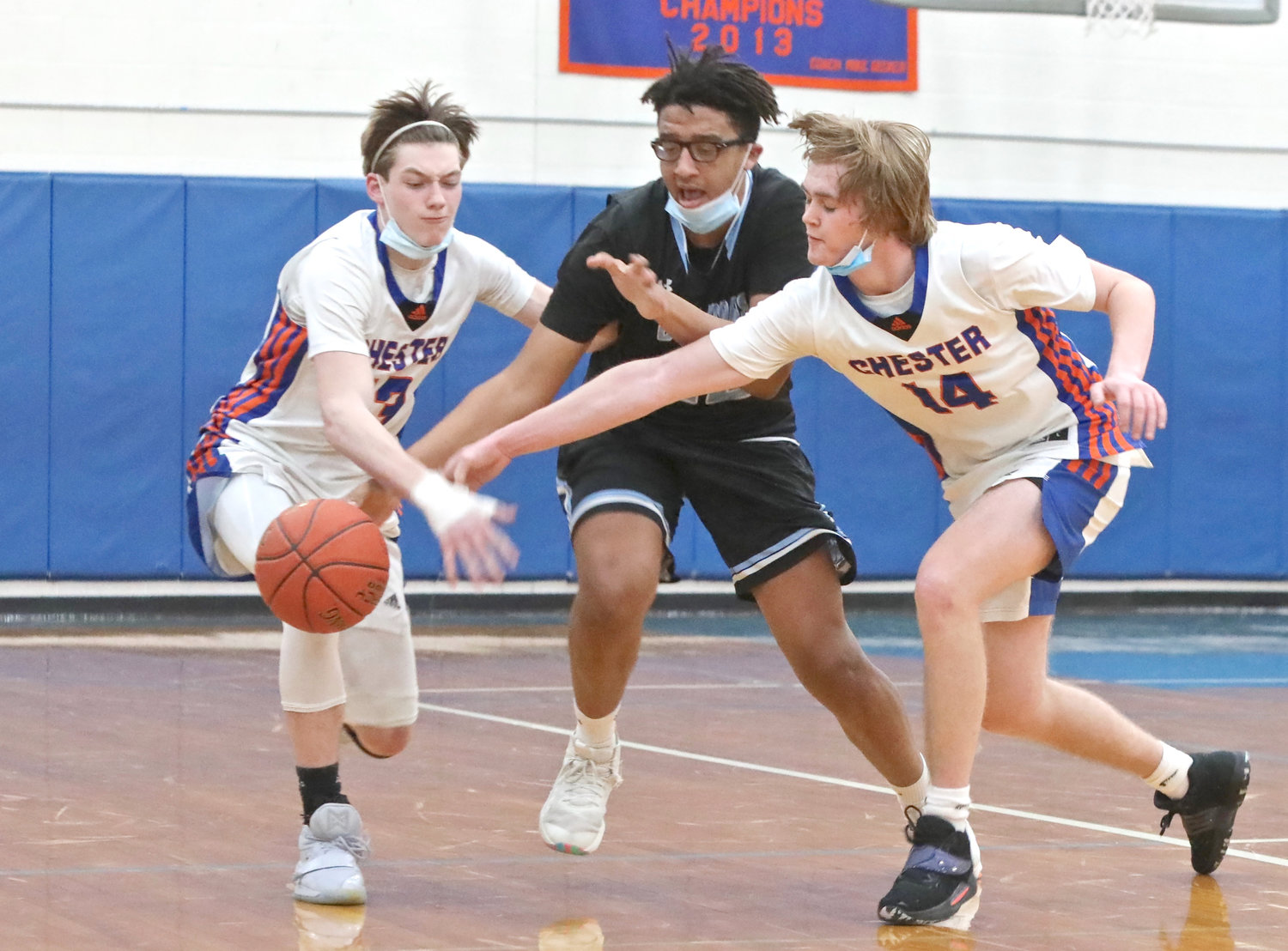 Crossfire: Sullivan West senior Tariq Gambari looks to advance the ball up the floor but is hampered by Chester’s Jimmy Lusignan (13) and Alex Bastian (14). Chester’s pressure on the ball was hard for Sullivan West to handle.
Richard A. Ross | Democrat 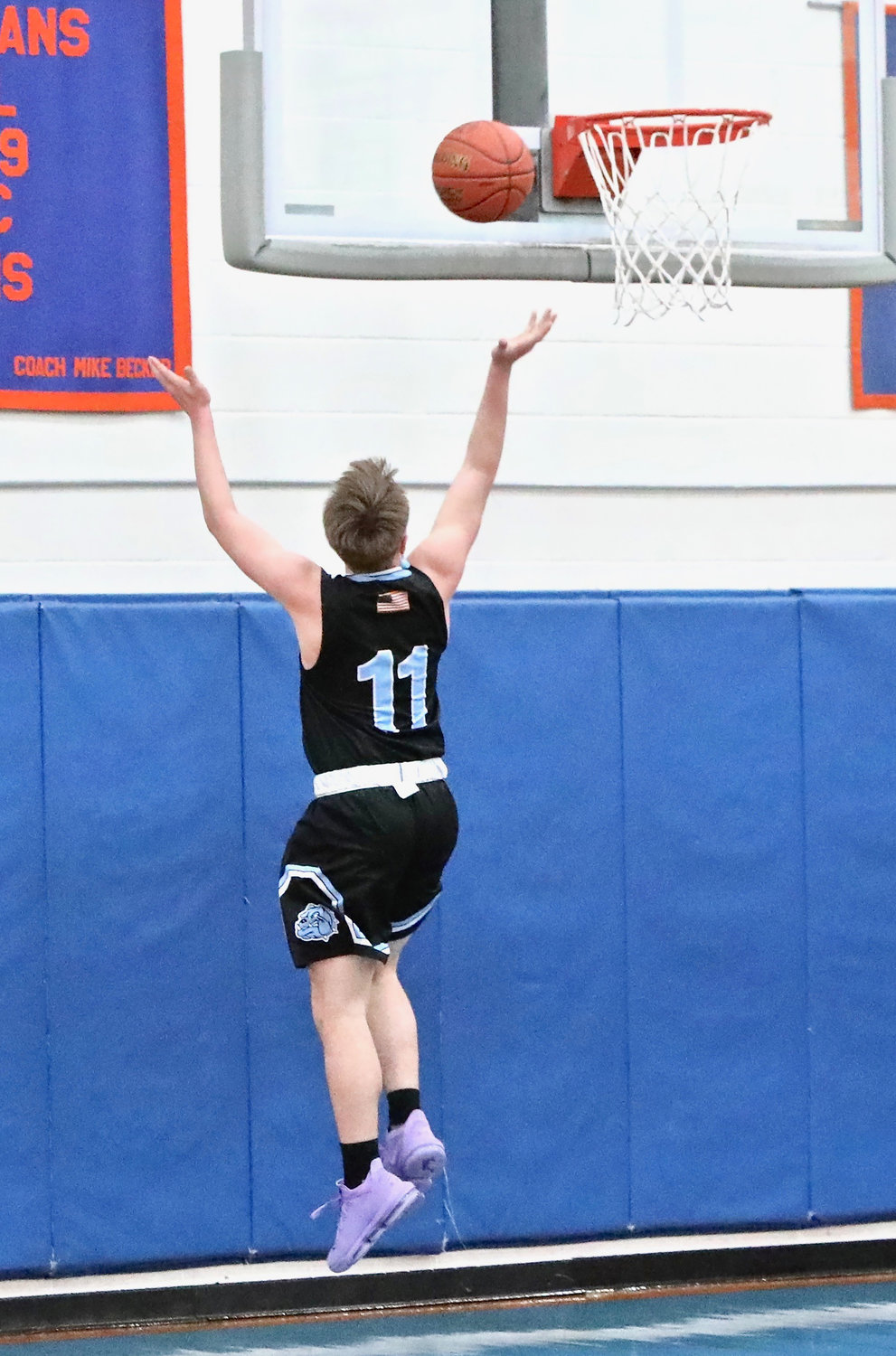 CHESTER - Even the greatest heroics don’t always result in victory. Case in point: Just three hundred Spartan warriors held off an onslaught of thousands of Persian soldiers for three days in the 480 BC battle of Thermopylae before the last man finally perished. Such bravery is iconic as well as unimaginable. History is rife with such deeds of valor.

Though it was clearly not on the same scale of life or death, but noble still, was the effort put forth by the Sullivan West Bulldogs against Chester in the sectional semifinals, a team that overmatched them in shooting, play execution, furious hustle and defensive pressure beyond the pale.

After Chester opened the game with a 13-0 run before Jacob Hubert finally scored on a breakaway bucket with 3:49 remaining in the first, Chester poured it on again and closed the stanza with an emphatic 22-4 lead. The crowd was mesmerized by Chester’s verve, especially the athleticism of senior guard Jacob Angeles who missed five games this season due to back issues.

The Hambletonian engine proved his ability to propel the team with 10 of his game-high 21 points in the first quarter. This game looked like it was going to be a one-sided victory for Chester.

Most teams would have thrown in the towel right then, hung their heads and played out the string waiting for the reprieve of the final buzzer, but not Sullivan West. They fought. They dove for loose balls. They rolled on the floor. They banged against the glass, and they played on like a team possessed. It was more than impressive given what they were up against.

They held Chester scoreless for six minutes in the second quarter and outscored them 10-8. Five of those points came from Sullivan West’s Chris Campanelli whose massive size and football-bred grit only brought out his strongest resolve. The game would become quite physical with a few shoves here and there, a technical foul against Chester and some rolling on the floor by the Big Fella keeping a loose ball as tightly as a recovered fumble.

Quite frankly, the game should have been officiated much tighter to prevent injuries but it would not have altered the outcome. Chester’s basketball wiles and tools were well-known to the Bulldogs by dint of their 63-37 and 60-45 losses in the regular season. But this time, coming in off an uplifting 43-36 quarterfinal road win over Millbrook, the Westies were playing with house money.

They knew they were the clear underdog, and they were determined to not roll over and play dead. They did anything but. Chester led 35-14 at the half with their biggest lead of the night.

In the third stanza, Sullivan West nearly matched them with 14 points to the Hambos’ 15. Still, Chester held a comfortable 45-28 lead heading into the final frame. Tempers were flaring on the court as the action ramped up even further. Sullivan West outscored Chester in the final frame 10-7 as Will Nearing scored the final point with a free throw. The game followed the girls semifinal in which Chester beat Seward 52-35 to advance to the finals to play daunting Millbrook.

Both Chester’s Allison Bono and Seward’s Shannon Sgombick each picked up their 1000th point in the game. Off the court they are good friends and part of the Gym Ratz Elite team. On the court they are fierce rivals, but the competitive game was a relatively low key affair compared with the nightcap.

Chester’s usual leading scorer Alex Bastian was quieter than usual. He had 11 points overall. SW’s Chris Campanelli topped that with 12. Freshman Matt Dubois hit a trio of three-pointers. He is going to be a force to be reckoned with come next season. Chester advanced with 17-4 record, while SW ended its campaign at 12-9. Chester coach John Marsilio was very complimentary of the Bulldogs. “They played hard. We knew they would. They’re a very physical team that plays tough defense.”

SW Coach John Meyer knew that Chester would come out blazing. “That’s what they do,” he noted. “They have a heck of a team and are well-coached. They’ve got a lot of athletes. We did our best and we tried to make a run. Their press hurt us,” he added. “It was a great season. This is a great group of kids. They battled all night.”