PARKSVILLE — The 85-year-old nun has a home at last, right on top of the mountain in Parksville where she had lived for years – before a 2020 fire obliterated her bungalow house on Hunter … 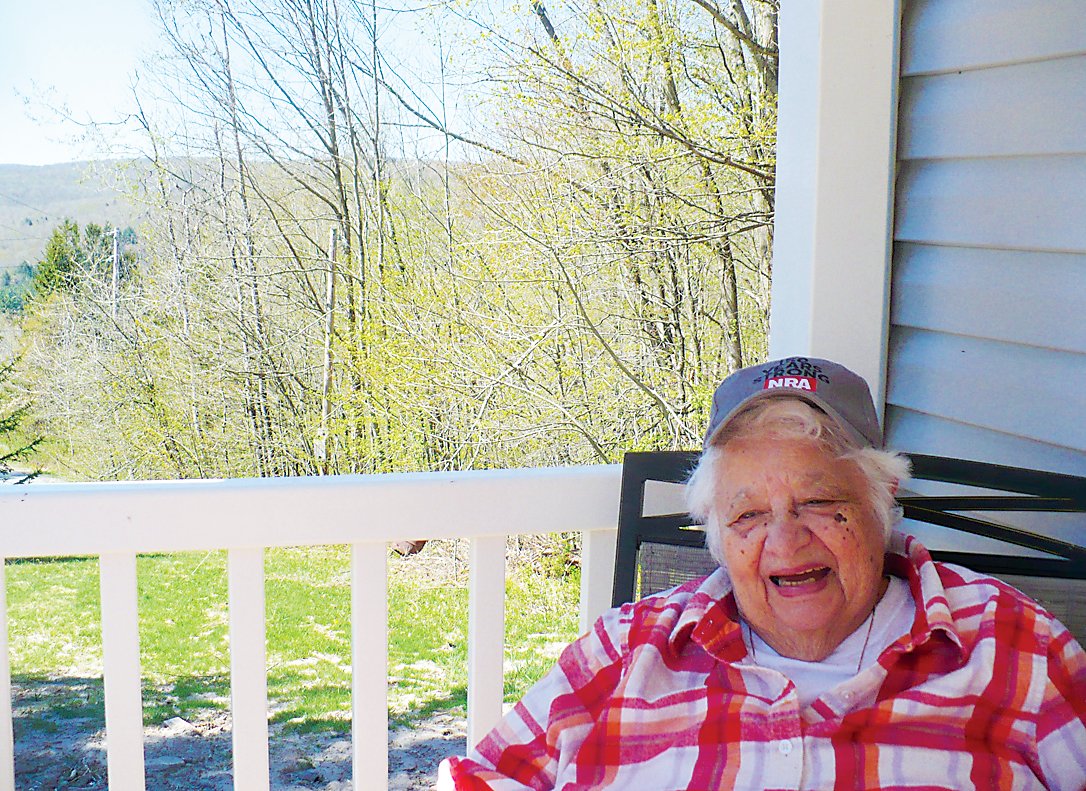 Sister Dolores Gartanutti is back home at last after a 2020 fire that tore through her Parksville cabin, killing her dog and demolishing her home. She is now in a modular home on the site with a view of the sky and mountains.
Kathy Daley | Democrat
Posted Tuesday, May 17, 2022 6:10 am
By Kathy Daley

PARKSVILLE — The 85-year-old nun has a home at last, right on top of the mountain in Parksville where she had lived for years – before a 2020 fire obliterated her bungalow house on Hunter Lake Road.

Sister Dolores Gartanutti, well-known for her years in Sullivan County and for her work with young runaways in Queens, N.Y., is delighted with her new modular home, funded in large part by donations from friends here and elsewhere.

“I am so grateful,” she said. Sister is a member of the Amityville (N.Y.) Dominican order.

“This is my home. This hill always had a special feeling for my kids – I always wanted a place for them to come home to.”

Building elsewhere was never even considered.

On Aug. 31, 2020, a huge fire exploded the home and killed the nun’s pet dog Danny Boy. Until her modular home rose on the property, the nun lived at the Villa Roma Resort in the Town of Callicoon.

“I’m so grateful to them,” said Gartanutti – along with a stint at a Day’s Inn and months in a B&B.

All the while, her now-grown-ups kids were, in effect, raising a new home for her.

“Dee has helped countless children and adolescents in her ministry at Noah’s Ark (in Ozone Park, N.Y.),” wrote Erin Orjuela Radziewicz on a Go Fund Me page set up to help Gartanutti rebuild.

“I am one of the first people to live with Sister Dee at Noah’s Ark,” wrote Radziewicz. “Sister had a long career in teaching, lastly at Dominican Commercial High School in Jamaica, Queens. She left that job to open a foster home for adolescent girls in Richmond Hill, Queens.

“When Sister Dee retired in 1997 from being a foster parent to nearly 2,000 adolescents over a 20-year period,” wrote Radziewicz, “she moved to Parksville and lived in a cabin her brother and friends helped build. She continued to help people working with adults (in Sullivan County) in a detox center and then volunteered helping local children in the court system. We are all beyond grateful that she is alive.”

The donations along with insurance funds allowed her friends to help rebuild a solid, handicapped-accessible home. Funds also allowed for furnishing the new house. Gartanutti moved in last November.

On that day, Gartanutti had driven to Youngsville to give communion to a 90-year-old friend.

“If I had been home, I would have died,” the sister said. Was it fate or the Higher Power?