Rev. James Leroy Matthews of Monticello, Pastor of the First Baptist Church of Monticello for 45 years, went home to be with the Lord on Friday, April 17, 2020. He was 84. 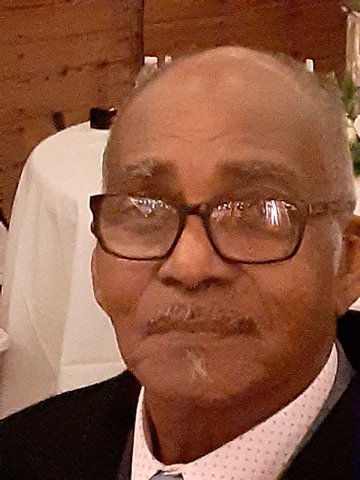 Rev. James Leroy Matthews of Monticello, Pastor of the First Baptist Church of Monticello for 45 years, went home to be with the Lord on Friday, April 17, 2020. He was 84.

The son of the late Robert Matthews and Margaret Daniels Matthews Young, he was born September 9, 1935 in New Rochelle.

In addition to being Pastor of the church, Rev. Matthews founded The Matthews Bible Institute at The First Baptist Church. Rev. Matthews was a direct support worker for Crystal Run Village in Fallsburg. He was also a former trustee for the Village of Monticello.

He is survived by his wife, Merlyn Yearwood Matthews, at home; a daughter: Felice Matthews; a stepdaughter: Denessa Yearwood; a stepson: Dion Yearwood; four grandchildren: Sierra Grant, Savion Grant, Nylania Yearwood and Kaylie Robinson; several nieces, nephews and many cousins and beloved family members in Goochland, VA. In addition to his parents, he was predeceased by his first wife, Jamie; a sister, Ruby; and two brothers, Herman and John.

Due to our current health crisis, his funeral service and burial will be held privately for the immediate family, and a public memorial service may be held at a later date. Burial will be made at the Rock Ridge Cemetery.

Memorial contributions can be made to The First Baptist Church, 28 Liberty Street, Monticello, NY 12701.

Arrangements are under the direction of the VanInwegen-Kenny, Inc. Funeral Home. For additional information or to send an online condolence, please visit www.kennyfuneralhome.com.