GLEN SPEY ––  During this month’s Eldred Central School District’s Board of Education meeting it was announced that River, George Ross Mackenzie Elementary’s (GRM) … 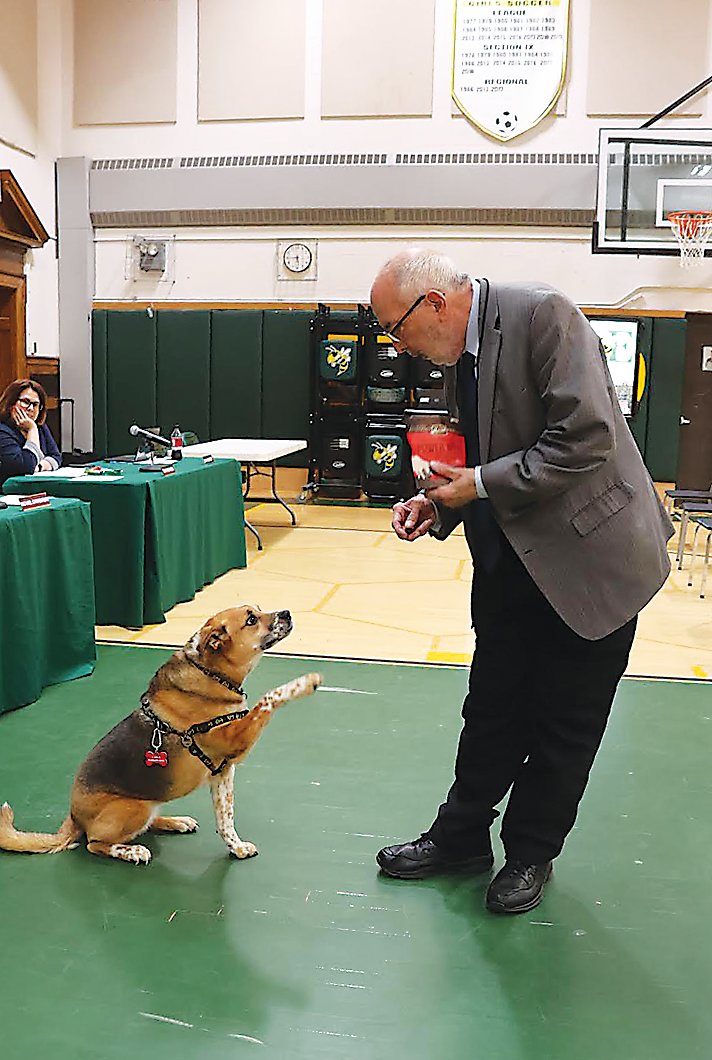 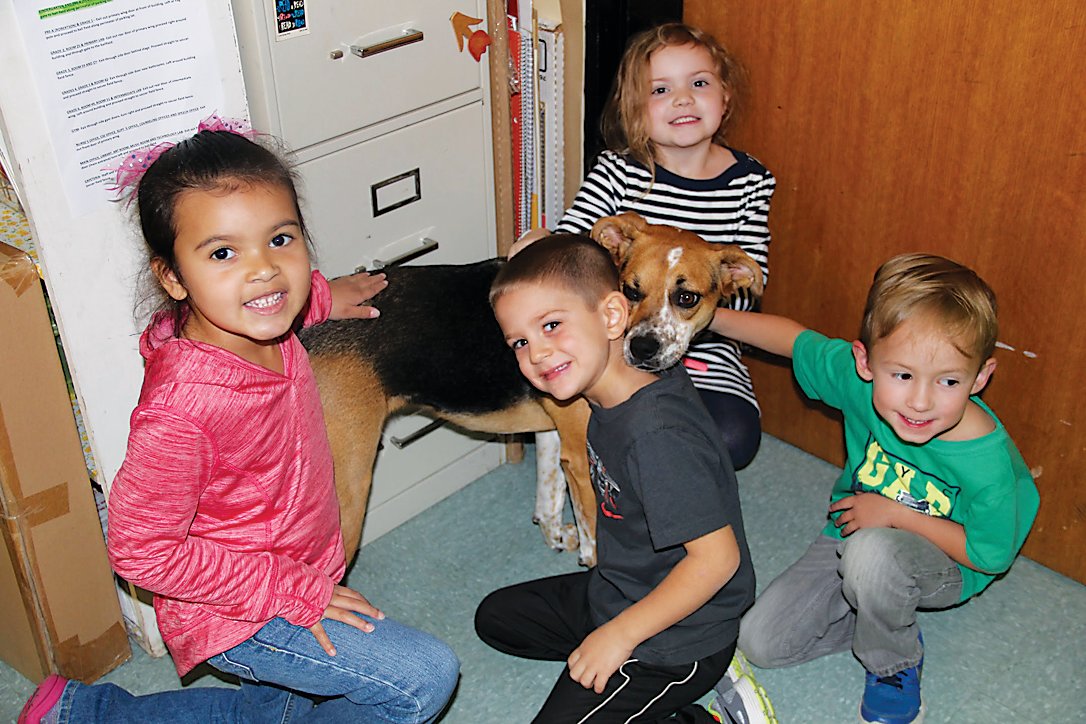 River was a favorite with students, who like to pet him and get kisses on their neck.
Contributed photo
Previous Next
Posted Friday, May 27, 2022 6:10 am

Her journey at GRM started as a result of Dr. Robert Dufour, who was the superintendent at the time, expressing an interest in the benefits of therapy dogs in classrooms.

Teacher, June Lombardi came forward and asked Dr. Dufour if he was serious about considering having a dog at school. He confirmed his interest.

In July 2014, Ms. Lombardi adopted River. Along with the support of GRM’s Administration, BOE, parents, faculty and staff, the process of formalizing River’s presence at school began.

River was adopted from Tennessee. She and her litter-mates were abandoned on a country road. Someone brought them to a shelter.

Unfortunately, it was a high kill shelter. They were among the lucky ones who were rescued by a foster mom named Emily Joiner Morris who works with Critter Calvary. Based on Miss Emily’s observations while fostering River, she was confident that this 5 month old pup would make a great therapy dog.

Arrangements were made to bring River to New York. She was among a van-load of dogs traveling from Tennessee to Connecticut with prearranged drop offs along the way to meet their new families.

Candace Giles, founder of Critter Calvary, has the support of her husband, who makes this journey about 42 times a year to meet families. Mr. Giles and his assistant communicated with each family along the way and every three hours stopped for watering, snacking and a walk. Yet, it’s a traumatic, long journey with crates rattling and dogs uncertain of what is happening.

July 14, 2014 arrived and River met her family at 5:30 a.m. in Nanuet, NY. Her new life was about to begin. By October 2014 River had great success learning basic obedience commands and then started training for therapy work.

Catskill Regional Medical Center, now Garnet Health Medical Center - Catskills was delighted to have River do invaluable training at the hospital. She was welcomed in stores and outdoor restaurants as well as for storytime in libraries.

In March 2015, River met all the students at GRM during a meet and greet. In May, she was officially certified and began working full-time at GRM in September.

During the school day, children had opportunities to walk her, hang out on the playground, read and sing to her. The students used their writing skills to send her letters and also draw pictures. Children may write to River at 1riverbeagle@gmail.com. She’s sure to respond.

River was invited to be a subject in the 2015 Eddie Adams Workshop for photojournalism. In 2016 she was also the subject of discussion with Family Court Judge Mark Meddaugh in Albany.

Although River is retiring from school work, she continues to be of service at Garnet Health Medical Center - Catskills and their urgent care facility. She meets with staff members as well as patients and brightens everyone’s day.