Steve Lippen was born December 4, 1952 in Brooklyn NY, and died on Saturday, June 25, 2022 at Westchester Medical Center, due to complications associated with his hospital stay. He fought a valiant … 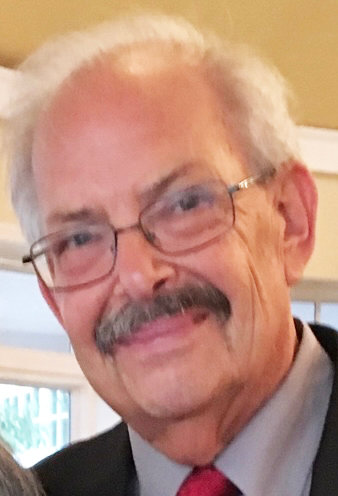 Steve Lippen was born December 4, 1952 in Brooklyn NY, and died on Saturday, June 25, 2022 at Westchester Medical Center, due to complications associated with his hospital stay. He fought a valiant battle for many years and was given the ultimate gift, a heart. We will forever be thankful for his donor and his donor's family for giving us the chance.
He was the son of Joseph and Yetta Lippen, moved to South Fallsburg as a young boy, where he would then reside and meet the love of his life. Together, they raised two beautiful daughters. Steve was a 1970 graduate of Fallsburg Central High School and then obtained his Associates degree from SCCC. Throughout his multiple careers, he eventually retired from the NYS Racing and Wagering Board. Steve was a leader in multiple local organizations including Fallsburg Fire Department where he served as Vice President, and later elected a District Fire Commissioner. He was a prominent member of the Town of Fallsburg Lions Club, where he served as a Director, Vice President, and member of the Education Award Committee. He was also a recipient of the prestigious Melvin Jones Award. Politics was another passion. As a member of the Town of Fallsburg Republican Committee, he was the longest serving Vice Chairman.
Steve is survived by his devoted wife of 44 years, Jessie, his daughter Jamie Lippen-Shanberg, son-in-law Ariel Shanberg and grandchildren Eli and Sari, whom he cherished and adored. Steve was predeceased by his daughter, Elissa.
Steve was a devoted son, husband, father and grandfather. He was known by many names of affection, but the one that he was most proud of was “Papa”. He was a trusted and loyal friend to many. He will be forever remembered.
Services will take place Tuesday, June 28, at 12:00 p.m., at Colonial Memorial Funeral Home in Woodbourne, NY, located at 396 State Road. Interment will follow at Workmans Circle, Marsh Road, Glen Wild, NY officiated by Rabbi Lawrence S. Zierler.
The family will be sitting shiva at the home of Jamie and Ariel Shanberg, 212 Old Sackett Road, Rock Hill, NY, starting today, Tuesday June 28, and will continue through Friday from 12-7. Sabbath will be observed. Shiva will conclude on Sunday, July 3, at 7 p.m.
In lieu of flowers, contributions can be made to The Elissa Lippen Memorial Scholarship Fund in memory of Steven Lippen, 30 Scott’s Corners Drive, Suite 203, Montgomery, NY 12549 or online at https://cfosny.org/elissa-lippenmatthew-helm-memorial-scholarship/.
Arrangements are under the care of Anthony Perito, Colonial Memorial Funeral Home, 396 State Route 52, Woodbourne, NY. For additional information, please contact the funeral home at 845-434-7363 or visit the website at www.colonialfamilyfuneralhomes.com.

Slate set in State’s Third Judicial District
NEW YORK STATE –– Four candidates were recently nominated to run for the three open seats on the bench in the New York State Supreme Court’s Third Judicial District, which …
Blustein, Shapiro, Frank & Barone, LLP expands into Sullivan County
Monticello - Blustein, Shapiro, Frank & Barone, LLP (BSF&B) has expanded into Sullivan County with the opening of an office at 449 Broadway in downtown Monticello. Lawyer Barbara Garigliano …
Jeffersonville Bancorp Announces Earnings
JEFFERSONVILLE - Jeffersonville Bancorp, Inc. (OTCQB - JFBC) announced today second quarter net income of $2,031,000 or $0.48 per share compared to $1,735,000 or $0.41 per share for the same quarter …
Library trustee petitions available for two 3-year terms and one 2-year terms
MONTICELLO - Petitions will be available Monday, August 8th, for the October 12, 2022 election of trustees at the Ethelbert B. Crawford Public Library in Monticello, N.Y. Three board seats are up for …
The benefit of athletics on academics
From pre-kindergarten to senior year, most students spend a majority of their developmental years in school. From elementary, to middle, to high school, expectations and opportunities grow and change …