SULLIVAN COUNTY –– Announced in 2022, the Legislature’s Bed Tax Committee has yet to meet to determine the next steps for the County’s Tourism Sector Enhancement Grant … 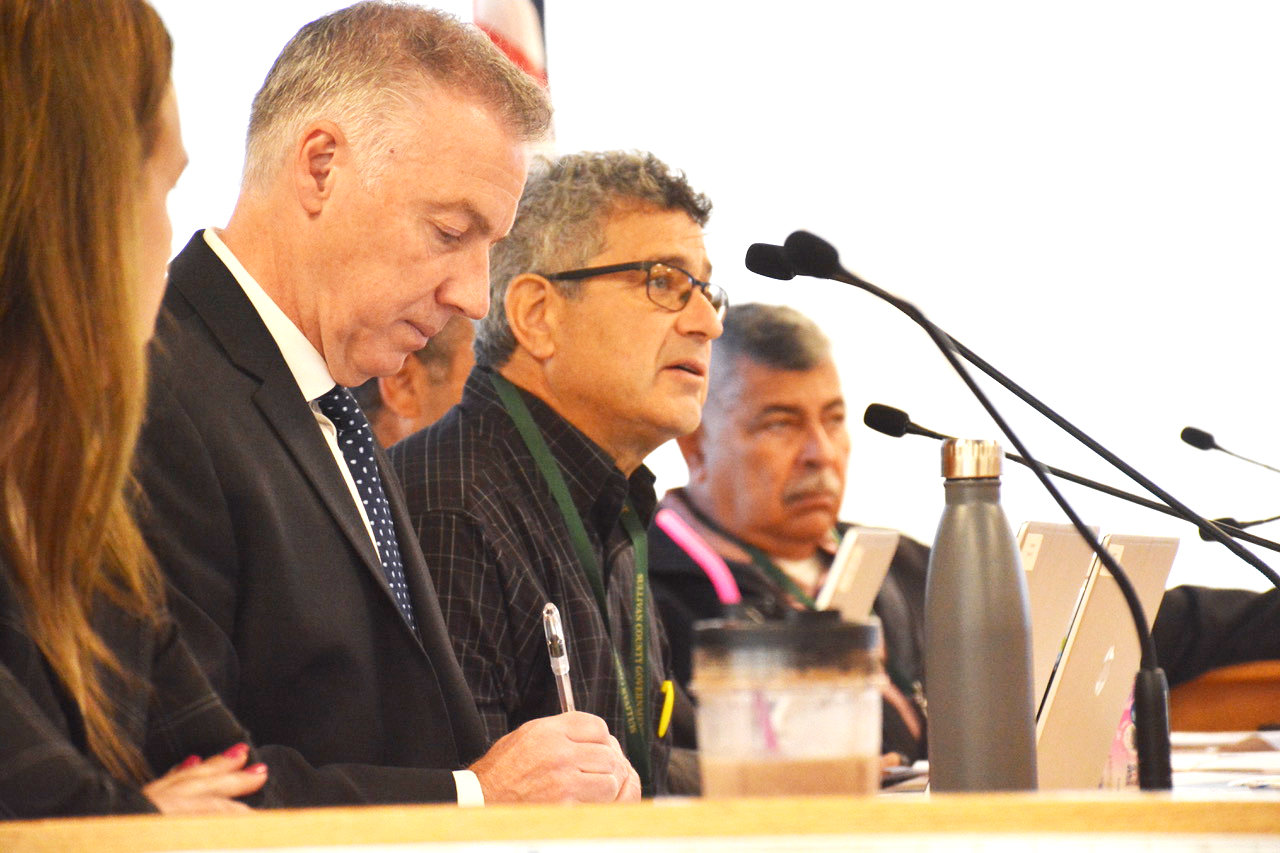 In recent months, the participation of Majority Leader Alan Sorensen (left) and Minority Leader Ira Steingart (center) in the Bed Tax Committee has been questioned. Sorensen, who had previously recused himself from serving on the committee, reiterated that on Thursday. Also, Steingart gave his spot on the committee to District 7 Legislator Joe Perrello.
Joseph Abraham | Democrat
Posted Tuesday, January 24, 2023 7:15 am

SULLIVAN COUNTY –– Announced in 2022, the Legislature’s Bed Tax Committee has yet to meet to determine the next steps for the County’s Tourism Sector Enhancement Grant Program. During Thursday’s Executive Committee meeting, Legislative Chairman Rob Doherty stressed the need to act.

“We have to get on this,” he said,” [or] the State’s going to start taking that money away from us.” An issue of contention was who would serve on the Bed Tax Committee, so named because the grant program’s funds come from lodging room tax revenues, which have significantly increased in recent years. Originally the committee was supposed to consist of Doherty, Vice Chair Michael Brooks, Majority Leader Alan Sorensen, Minority Leader Ira Steingart and District 2 Legislator Nadia Rajsz.

However, debate arose over Sorensen and Steingart’s participation on the committee - Sorensen for being the Orange County Planning Commissioner and Steingart, who as Planning Committee Chair, serves as a non-voting member of the Sullivan Catskills Visitors Association (SCVA) board, which itself receives the bulk of room tax revenues and may be an applicant for these as well. At the time, Sorensen chose to recuse himself from the committee, while Steingart refused to step down.

On Thursday, after District 7 Legislator Joe Perrello expressed an interest in serving on the committee, Steingart said he could have his spot.

Sorensen noted that he sought an opinion from the County’s Board of Ethics, and they determined there was no conflict with him serving on the committee. While he agreed with that assessment, he doubled down on the decision not to serve on it to avoid “even the appearance of a conflict.”

District 5 Legislator George Conklin made the suggestion that someone from the SCVA also serve on the committee, an idea Steingart said he supported.

County Attorney Michael McGuire stated, however, that that could create a direct conflict should the SCVA put in for some of those funds.

Conklin, who recently attended a Sullivan County Association of Supervisors meeting, said there were talks about sharing some of the program’s monies with towns who are “burdened with oversight and the permitting short-term rentals,” which is a big contributor to the revenues coming in.

Sharing sales tax or other tourism-generated monies with towns has been an item of contention in the past, and both Steingart and Doherty expressed opposition to it on Thursday.

“I don’t think that money should come from the room tax either or [that we should be] a watchdog with how they are spending it if it doesn’t meet the State law of going towards tourism,” said Steingart, arguing that the County should instead come up with an overall plan to help regulate the influx of short-term rentals, with funding coming from the General Fund. “I think you’re mixing apples and oranges, and it would be a big mistake.”

“As long as they can explain to me when they’re gonna pay for the bridges that we fix for them that they handed us 28 years ago,” Doherty added, “ … when they are going to start paying their chargebacks … when they’re gonna take their workers comp off our levy and put it on their levy …  I’d be more than happy to have that [sales tax] conversation.”