The Tennanah Lake Golf Course Thursday Men's league has been in existence for over 20 years and presently is host to 14 teams. 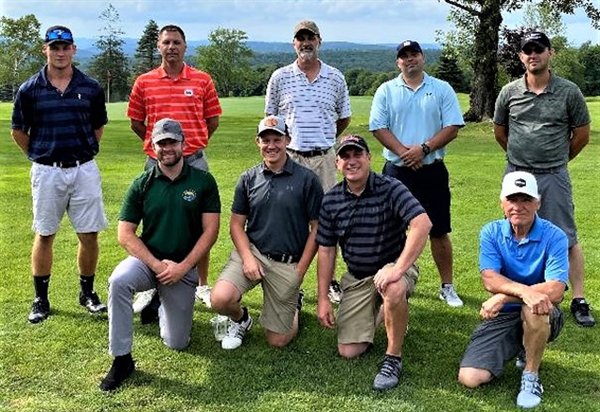 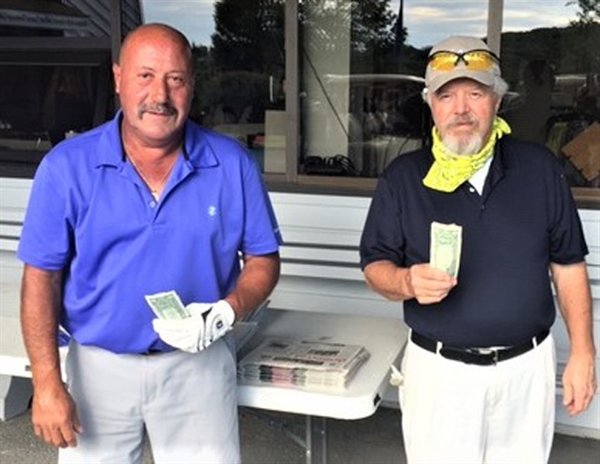 The Tennanah Lake Golf Course Thursday Men's league has been in existence for over 20 years and presently is host to 14 teams.

Director of Golf at this facility is Hunter Flynn and he also is the league manager.

Golfers are playing in a shortened 15-week season this year and the first week of the league championships will begin on September 10.

The league alternates each week between the front and back nine holes.

This year's championship round will consist of the eight top teams.

The Tennanah Lake golf facility sits on some 1,000 acres and is the highest point in Sullivan County.

One of the greatest thrills any golfer can have is shooting a hole-in-one.

For the 64-year-old Selthafner, it was his fifth career hole-in-one.

Pete noted he caddied at Grossinger's as a young man and started playing golf in 1984 and joined a league for several years at the Swan Lake Golf & Country Club. In 1988 he joined the Thursday men's league (which later changed to the Villa Roma Tuesday Night league) in 1988.

Pete is single and lives at the Villa Roma where he is employed as a chef in the main hotel kitchen. He has worked at the Villa for 50 years.

Brian Starr noted that he just turned 56 and had worked at Charlie Barbuti Furniture in Liberty for 35 years till Charlie retired last August. He is now working in sales at Van Gorders' Furniture in Hawley, Pa.

He has been playing the game of golf for some 25 years and his present handicap for 18 holes is a 13.7.

Brian scored the shot with a utility wedge using a Nike golf ball with his signature # 13 in black noted on the ball.

Starr has been playing in the Thursday Villa Roma league for some 18 years.

Many things can lead to inconsistent putting. But distance and direction are the reasons we should always have at the top of our “How Can I Be More Consistent?” list.

Distance is the biggest cause of inconsistency, because it equates to the “feel” of the putt and also ends up controlling the distance after impact.

As we have all learned, more speed equals less break and less speed leads to more break.

On the other side of the coin, direction is the control we have in getting the golf ball started in the right direction before gravity and undulation take over the roll and path of the ball. Mixed in with all this is the factor that these two distinctions have to work together if we are to enjoy any success in putting.

Another way of looking at this is to think of our hands as the rudder and the engine/propeller of a boat.

The rudder of the boat controls the direction, while the engine/propeller generates the speed and distance.

When putting, our lead hand is the rudder, it's along for the ride, but it also makes sure you are staying square to the target. The trail hand, which is usually our dominant hand, is the engine/propeller and determines how far the ball goes.

So, each “part” has its own function, and a very important function, but one working without the other is either a boat going in circles (no rudder) or simply going nowhere (no engine).

An important key to developing more reliability with our distance and direction is to minimize hand and wrist movement, which, in turn, will maximize feel and control.

Constant Speed is a major asset to every terrific putter and can never be overrated.

You feel the speed with your Eyes, Mind and Hands ... “The Triangle.”

Your eyes see the distance between the ball and the hole, a signal is sent to your mind, then your mind sends a signal to the muscles in your right hand (or left hand if you are a lefty) as the pressure and amount of acceleration on the forward stroke for the distance you want the ball to travel.

This definitely connects to the amount of back and through distance.