Board to look into renting out 93 Main St

TUSTEN – After reflecting on public comments made last week, the Tusten Town Board took official action at their regular meeting on Tuesday, May 10, to look into the possibility of renting out …

Board to look into renting out 93 Main St 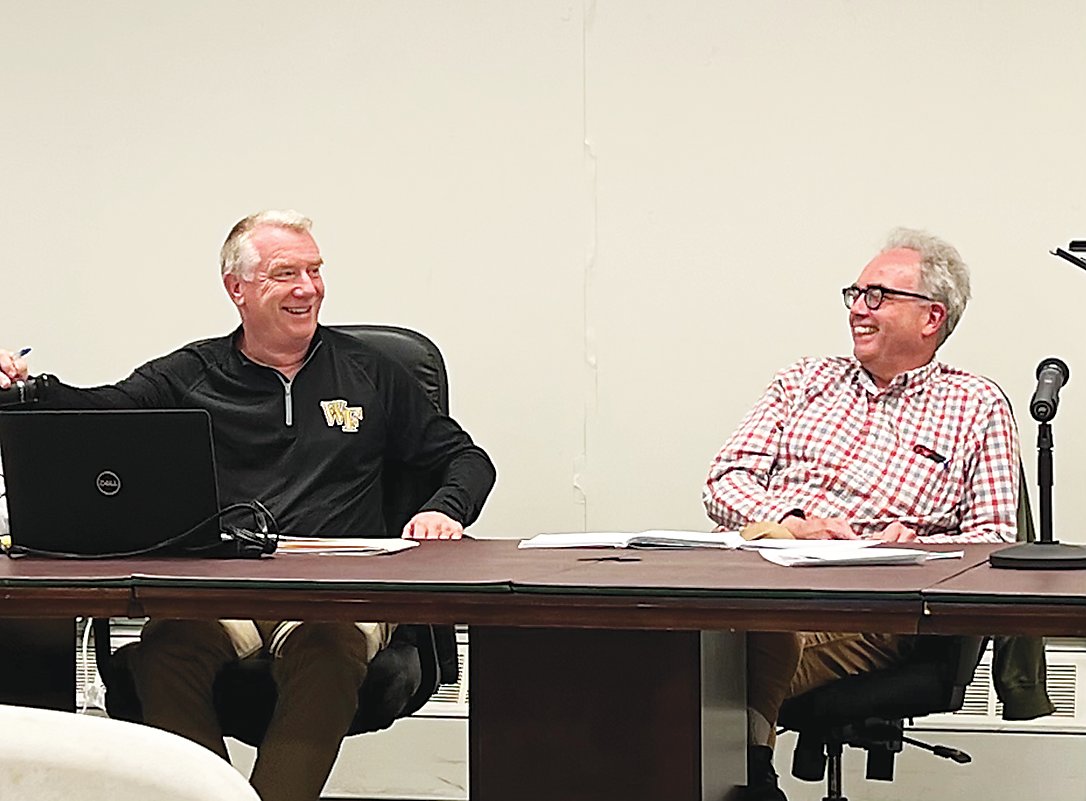 After discussion and a public hearing, Tusten Town Board members decided to research the viability of renting out 93 Main Street.
Derek Kirk | Democrat
Posted Friday, May 13, 2022 6:10 am
By Derek Kirk

TUSTEN – After reflecting on public comments made last week, the Tusten Town Board took official action at their regular meeting on Tuesday, May 10, to look into the possibility of renting out the former Wayne Bank Building on 93 Main Street to prospective tenants.

As previously reported in the Democrat, the Town purchased 93 Main Street in the Summer of 2021 for $140,000, acquiring the building and the parking lot behind it.

A public hearing was held on May 3 to see what residents thought of the idea of relocating Town Hall.

The decision to look into renting out the building was made after discussions determined the other possibilities of the future of the current town hall and 93 Main Street that were suggested are not feasible with the town’s goals or majority of the residents who spoke at the public comment’s wishes.

According to members of the Board, the idea of moving their offices to the former Wayne Bank building was partially negated by the overwhelming majority of residents who spoke in favor of remaining at 210 Bridge Street at the public comment.

Reasons for keeping 210 Bridge Street as Town Hall included the importance the space has played in the town’s history, the cost efficiency of moving versus staying, and concerns over the Delaware Valley Arts Alliance’s (DVAA) future should the property change hands.

“The DVAA appreciates the thoughtful and open minded process the Town Board is taking to identify the best ways in which to meet the needs of the community. The DVAA looks forward to continuing our 33 year stewardship of the Tusten Theatre and presenting a wide range of programs and offerings in the months and years ahead,” said DVAA Executive Director Ariel Shanberg.

“We look forward to continuing to partner with the Town of Tusten and other cultural organizations and producers, in our efforts to both provide a high level of cultural offerings and giving residents and visitors to our community access to a diverse range of artistic voices.”

The argument of selling 93 Main Street was also negated by the impossibility of retaining the parking lot for municipal use while selling only the building. Without the ability to sell only the building, the town finally dismissed the idea of selling, deciding to keep the property.

With the decision to stay, one remaining concern from residents persists over the lack of ADA and mobility assistance in 210 Bridge Street. Town Supervisor Ben Johnson confirmed that the basement space where public meetings and other social events are held is indeed ADA compliant, however the offices upstairs are not.

This reason, along with the need for more space, was a major factor in Johnson’s thoughts during the beginning talks about the possibility of moving Town Hall.

Johnson said he was excited to potentially move a number of their offices to the new building when the property on Main Street was initially purchased, but recognizes the wishes of the majority of those who spoke of their wishes against the move.

“I would hate for us to move into a place where we are not wanted,” Johnson said.

According to Johnson, the office space at 210 Bridge Street remains inadequate compared to other towns in terms of square footage.

Currently, the Town Supervisor shares a 28 x 20 office space with the Town Clerk and Deputy Clerk, Water and Sewer Assessor, and Bookkeeper.

Johnson said he had hoped with the purchase of the building last summer that steps would be taken to alleviate some of the spatial congestion.

“...if the people dont want it there [93 Main Street], you move to the next item of business and try to figure out what is going to work,” Johnson said.