Douglas Shindler and Michael Marz Davis are two Monticello-based artists who have started The Black Library, a program to benefit local artists and promote diversity in literature and … 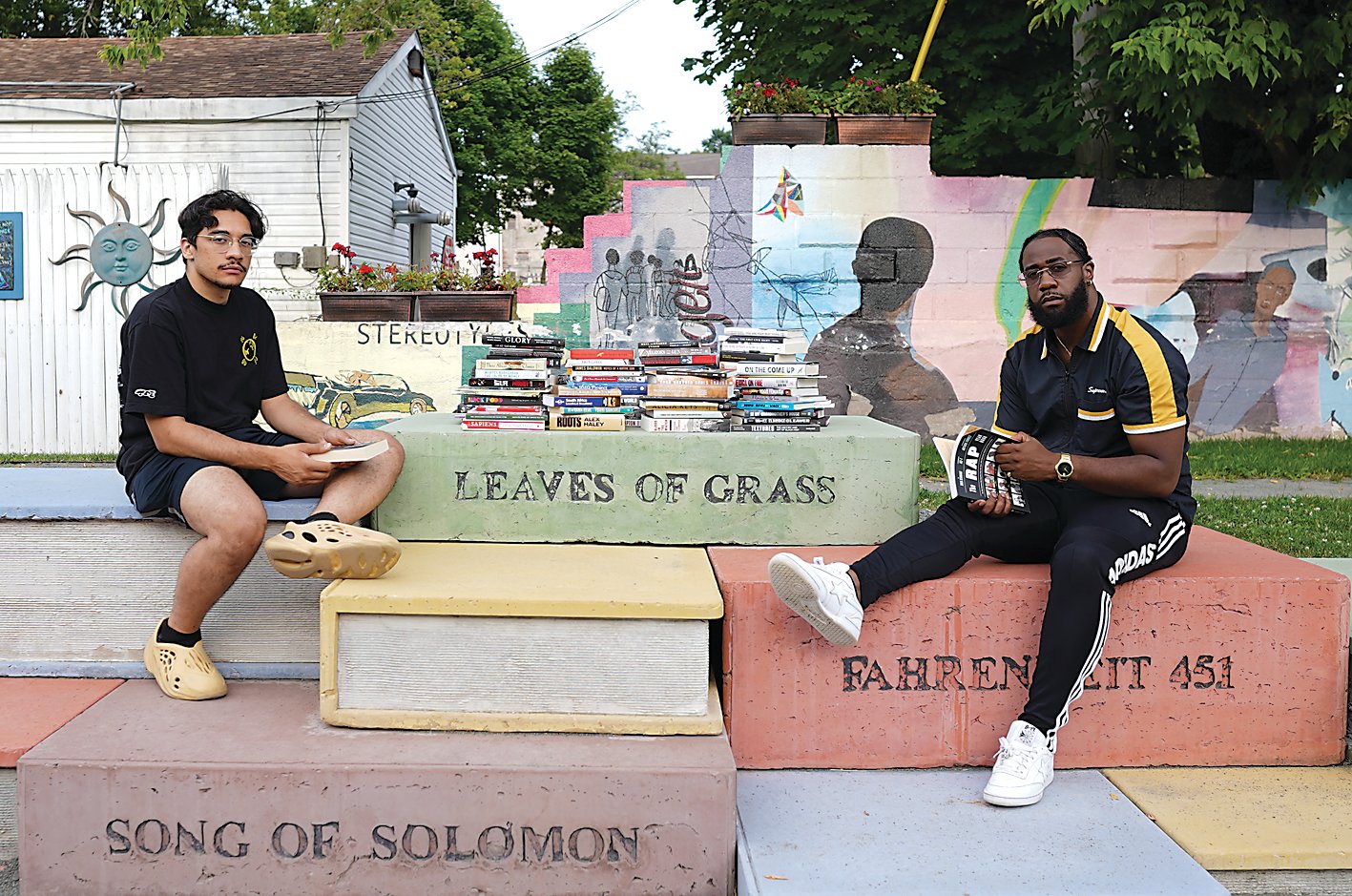 Douglas Shindler, left, and Michael Marz Davis are the creators of the Black Library.
Contributed photo
Posted Friday, August 12, 2022 6:10 am
By Samantha Montagna

Douglas Shindler and Michael Marz Davis are two Monticello-based artists who have started The Black Library, a program to benefit local artists and promote diversity in literature and art.

Theblacklibraryny.com states that the Black Library is a program that aims to celebrate black culture and history while creating a place for Sullivan County residents to come together to collaborate on creative projects and discussions.

The Black Library “welcomes local residents and visitors of all backgrounds, the project will promote greater understanding of Black history and culture, advocate for racial justice in Sullivan County and beyond, and act as an incubator for the next generation of local artists.”

Shindler and Davis are both graduates of SUNY Sullivan, where they met each other in their art classes. Shindler is a painter and photographer who focuses on those who are marginalized in rural areas, and he takes inspiration from hip hop and black culture. Davis is a first-generation Guyanese American photographer. He draws inspiration from old family photographs and captures his subjects’ moments of vulnerability and heroism.

The idea for The Black Library started when Shindler was given an art studio, and he started to collect black literature. Davis used the studio a lot as well and often spent time there, and the two discussed starting a book club or group. The pair decided to officially start their program on July 1, 2022.

The Black Library expanded into a community space where they will hold artist workshops, musical recordings, author talks, exhibitions, and more. They also hope to have BBQs and participate in community events like block parties.

The Black Library held its first event, an introductory Q & A at Gallery 222, where they got input from the community, which Shindler described as a success. They are also planning to be a part of this Sunday’s Bagel Festival in Monticello.

The Black Library also aims to support local artists by providing art supplies or a space to complete their work. Since art supplies are so expensive, Shindler said their goal was to make it as cheap as possible for local artists to create their art. There are programs that the library utilizes to receive donations, and there are plans to expand this aspect of the library further.

Currently, The Black Library is running a book drive for black authors and artists. The Ethelbert B. Crawford Library in Monticello has served as a drop-off point for physical books and has been involved in the project since its start. The program also has Sistah Scifi and Amazon registries and can now accept monetary donations to support its cause.

The library features authors like bell hooks and many of the classics, but they are looking to expand. Several authors and artists have come forward to donate, Shindler said.

Ibram Kendi’s team, a well-known black author and founding Director of Antiracist Research at Boston University, will be donating several of his books, and Kris Graves of the Kris Graves Project has donated approximately 60 books that he has made. Graves, a graduate of SUNY Purchase, is primarily a photographer but also works to help people of color get published.

In addition, the Gordon Parks Foundation, which aims to support educational opportunities while preserving the work of Gordon Park, has donated. The library has a lot of photography/art books like those by Tyler Mitchell (best known for photographing Beyoncé in Vogue) and Kerry James Marshall (best known for his paintings about black identity).

The primary focus is on black literature, Shindler said, but there are a lot of crossovers in literature and culture, and expanding their selections to include other ethnicities will be discussed in the future.

People can donate in a few ways. They can donate in person at the library in Monticello or leave a monetary donation at https://www.theblacklibraryny.com/donations.

If someone wants to purchase a book off a registry, visit The Black Library’s Facebook page or email blacklibraryny@gmail.com and contact Shindler or Davis for more information.