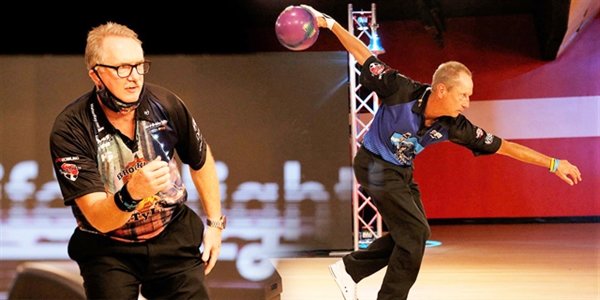 Walter Ray Williams Jr., left, and Pete Weber have announced their retirement from the regular (national) Professional Bowling Tour, but they will still compete in the PBA50 Tour and the PBA Regional Tour.
CONTRIBUTED PHOTO 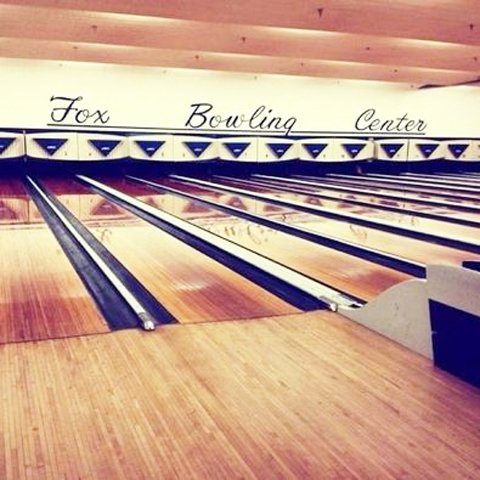 Weber, a 37-time PBA Tour champion, owns 10 major titles, tying him with Earl Anthony for second most in the history of the PBA. Weber, the 1980 PBA Rookie of the Year, is the only player to win the U.S. Open five times as well as the only player ever to win the Triple Crown (PBA World Championship, Tournament of Champions and U.S. Open) twice.

“It's hard to grasp that I'm done on the National Tour,” said Weber, addressing his fellow competitors after he was eliminated. “In 41 years out here, it's been awesome. I can still hit the pocket with you guys, but I can't strike like you guys. It's been an honor and a privilege to bowl each and every one of you out here.”

Williams holds the all-time record with 47 PBA Tour titles, eight majors among them. He's been named the PBA Player of the Year a record seven times, the first in 1986 and the last in 2010, when he was 50 years old. Williams won at least one PBA Tour title in 17 consecutive seasons from 1993 to 2010.

“It was nice to have a good tournament at the end,” said Williams. “These young guys are very, very good. I gave it my all today, but I just happened to bowl somebody who bowled really well. Thanks, everybody, for all your support.”

Williams and Weber spent four decades competing against each other on the PBA Tour and rank first and fourth, respectively, in PBA Tour titles.

In their final event, both players qualified in the top 16 to advance to match play in the PBA Scorpion Championship. Both were eliminated, three games to two, by 2021 PBA World Champion Tom Daugherty, with Weber going out in the Round of 16 and Williams in the Round of 8.

Both Weber, 58, and Williams, 61, plan to continue competing on the PBA50 Tour and PBA Regional Tour.

The annual Hancock Fox Bowling Center Handicap Tournament is underway and will run weekends (Saturday and Sunday) through April 25.

The tournament has modified their format and squad schedule to allow for social distancing and to keep their facility safe and clean.

The tournament will still be doing three events, team competition and doubles and singles.

The team event this year will be four person teams instead of five and they will be limiting each squad to 10 teams. They will have specific squads for team event and doubles and singles.

The tournament will also be spacing out the squad times to allow for more time between making the changeover less crowded and enabling the staff to clean and sanitize more efficiently.

The four-person team event tournament fee is $112 per team. Doubles event is $56 per team.

The tournament started last weekend and runs every weekend through April 25.

There is no prize money guarantees at this time as they wait and see what the entry numbers are like.

Reservations are required and there is a limit of 10 teams per squad.

Additional information and reservations may be made by text at 570-647-9634 or email at foxbowl@verizon.net.

This week's tip talks about the bowling release.

Releasing the ball means understanding the axis rotation. Geometry is a very important subject when talking about axis, plans and angles. When you release the ball, an entire geometrical construction is released also.

The spinning of the ball is the main arm of releasing the ball. You have to observe the ball spinning a lot of time before throwing it on the platform.

The spinning must be smooth and it must apply the two axis of rotation , vertical and horizontal. Most prefer to spin the ball watching the horizontal axe because it is easier and handier.

A good thing you could do in order to improve your axis rotation would be to find a good bowler who could watch you bowl and could teach you exactly how to release the ball.

All in all, it can be said that releasing the ball in bowling requires practice.

Visualizing the angles will make you understand the road of the ball.

Mike Luongo is a certified IBPSIA Pro Shop Operator, Master Instructor, USBC Silver Level Coach and an Advisor-Special Events Assistant with the Storm and Roto Grip Bowling Ball Company. Have a question, email him at mikel@stormbowling.com

Ed Townsend is Public Relations Consultant to the sport of bowling and golf and brings over 60 years of sports journalism experience in writing and compiling the information for this column. Due to no local bowling news and the fact that golf is fast approaching we will turn our focus to golf next week and ask anyone with local golf course news or golf league and tournament information to let me know at 845-439-8177, email at bght75@gmail.com or fax at 845-205-4474. Read our local blog for all kinds of news at http://bght.blogspot.com

A Bucket in Bowling