Since 2014, the Ukrainian Congress Committee of America (UCCA), the representative organization of nearly 2 million Americans of Ukrainian descent, has consistently and rightfully …

Letter to the Editor 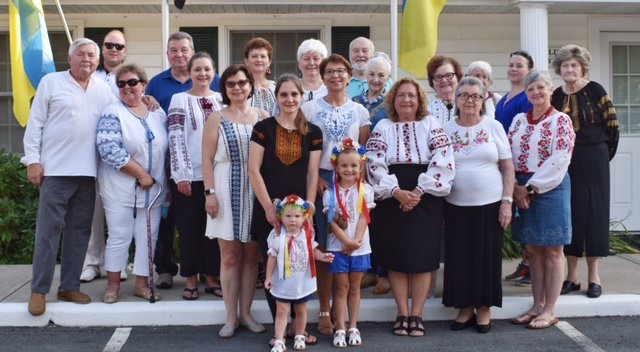 Since 2014, the Ukrainian Congress Committee of America (UCCA), the representative organization of nearly 2 million Americans of Ukrainian descent, has consistently and rightfully called upon the United States and its allies to enact severe consequences for the Kremlin’s ever-increasing aggression against Ukraine. Over the past month, however, it seems that Ukraine’s strategic partners have let Ukraine suffer under economic hardships, rather than Russia.

On February 10, the U.S. Embassy in Kyiv posted on social media, calling out that “Russia’s economic warfare against Ukraine continues. Under the pretext of military exercises, Russia restricts Ukraine’s maritime sovereignty, limits freedom of navigation in the Black Sea/Sea of Azov, and impedes maritime traffic essential to Ukraine’s economy.” That week, Russia had unilaterally announced a restricted zone in the Black and the Azov seas, making navigation in both seas virtually impossible. For Ukraine, this translated to a loss of hundreds of millions of dollars a day, as Ukrainian seaports located on the southern coastline processed a total of 153 million tons of cargo in 2021 alone. Equally frustrating was the February 12 announcement by the Dutch airline KLM that they would cancel flights to Ukraine until further notice, thus straining Ukraine’s economic growth and potential.

Russia has yet to suffer any sanctions for this recent economic warfare, while Ukraine suffers heavier and heavier financial penalties every day. The U.S., Europe and G7 countries imposed sanctions on Russia in 2014 in the aftermath of the Crimean invasion and the horrific crime of murdering the innocent passengers aboard Malaysian Airliner MH17; however, Russia’s economy has now adapted, and the current sanctions regime frankly affords Ukraine’s allies minimal diplomatic leverage.

On February 14, the Russian Federation’s State Duma plans to set a date to vote on a proposal to appeal to President Vladimir Putin to recognize two so-called republics on Ukrainian sovereign territory that are currently under Russian military control. According to the Russian interior ministry, over the past three years, Russia has distributed nearly 1 million passports to residents of the occupied part of Ukraine’s Donbas.These illegal actions are a clear violation of Ukraine’s sovereignty and territorial integrity, meriting further sectoral sanctions against the Russian Federation.

International sanctions on Russia must be strengthened and expanded now. We cannot wait until Russia unleashes a bombing campaign that will kill innocent civilians and leave millions upon millions of refugees. UCCA reiterates its call for new sanctions against Russian financial, energy, defense, and manufacturing sectors including the removal of Russia from the SWIFT international financial system. And before Russia’s military destroys the existing natural gas infrastructure which runs through Ukraine, the Nord Stream 2 pipeline must be permanently stopped.

Submitted by the Ukrainian

Congress Committee of America and Sullivan County Legislator Nadia Rajsz, who is a committee member and also president of the local branch of the Ukrainian National Women’s League of America.

Hospitals can be dangerous and unsafe