SULLIVAN COUNTY — The County experienced the first Winter snow storm of the year which began Sunday evening, January 16, bringing roughly four to eight inches of snowfall to the various … 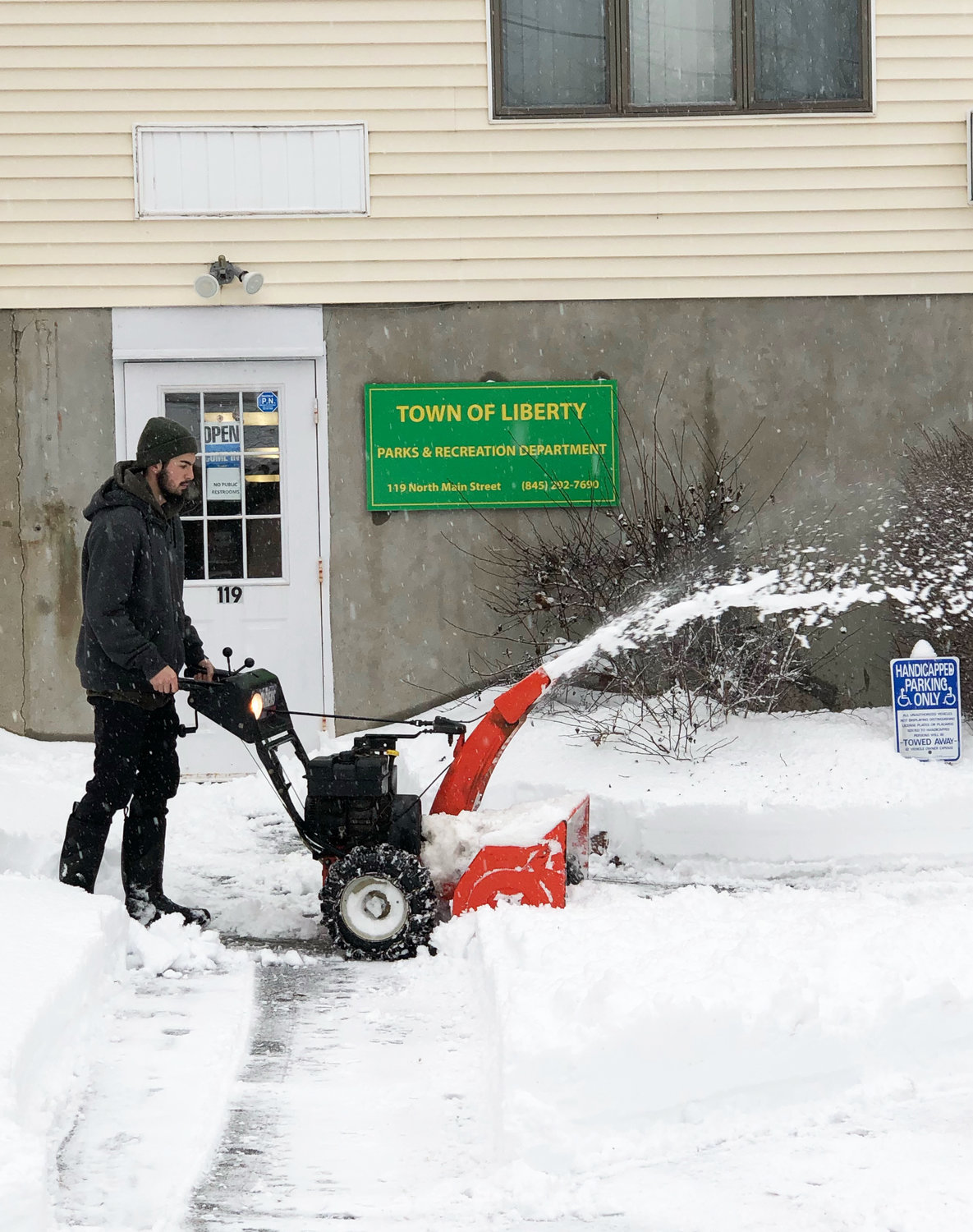 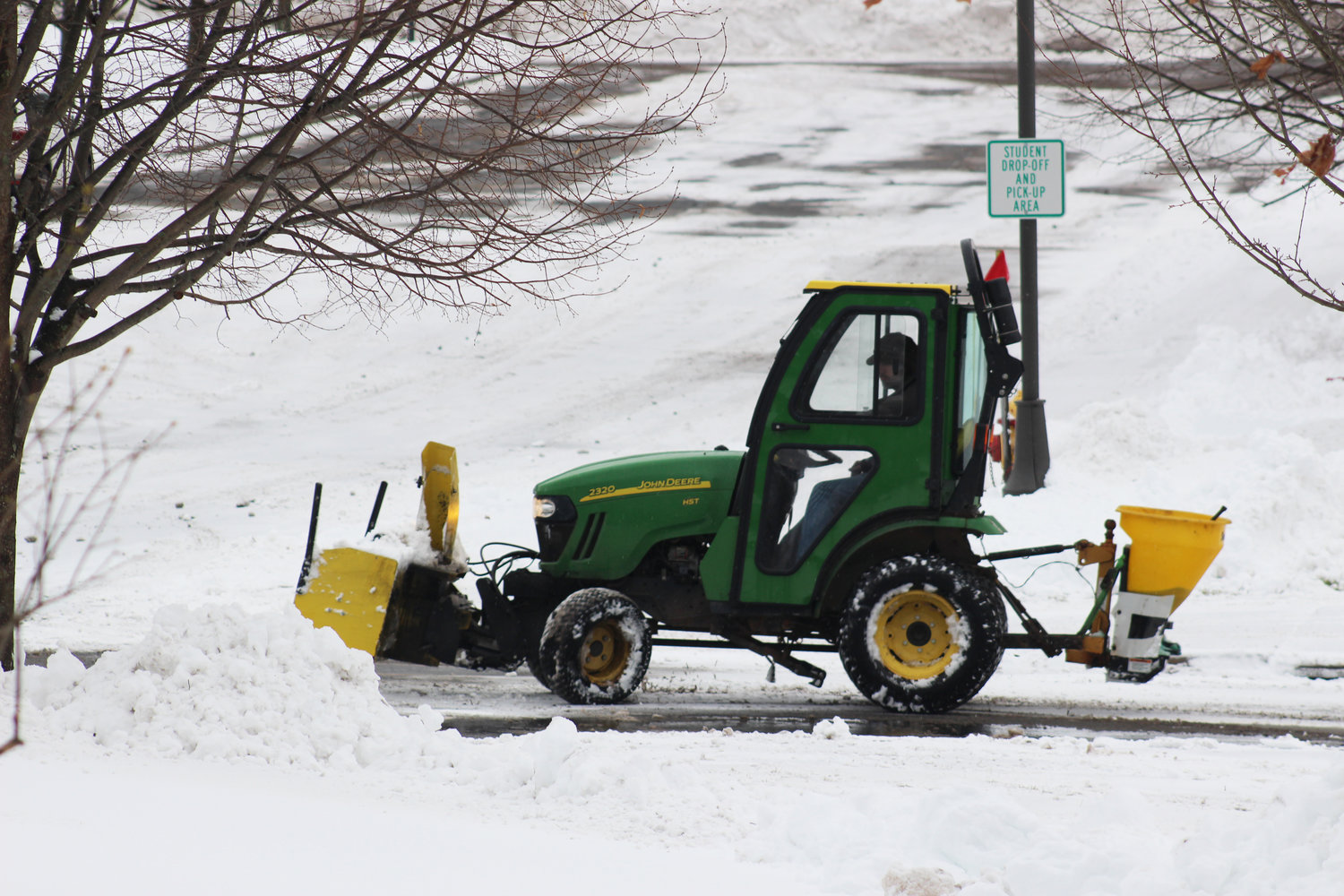 SULLIVAN COUNTY — The County experienced the first Winter snow storm of the year which began Sunday evening, January 16, bringing roughly four to eight inches of snowfall to the various locations throughout the area.

According to Director of Communications for Sullivan County Dan Hust, “911 dealt with a number of motor vehicle accidents. None serious but par for the course.” With attentive treatment from road crews, road conditions “markedly improved” in the afternoon. No vehicular fatalities caused by wintery road conditions were reported.

“While our road crews probably weren’t thrilled to be working on a holiday, they appreciated the lack of traffic, which made their jobs easier. A big shout-out to all those who had to work [Monday] to keep us safe: highway crews, police, EMS, firefighters and other first-responders,” Hust said.

Although minimal and scattered, power outages did affect many residents of the county as the storm progressed.

A total of 1,273 residents of the county had undergone a loss of power during the storm, according to the manager of corporate communications at New York State Electric and Gas Corporation (NYSEG) Kelly Packard.

“In the Liberty Division, which includes parts of Delaware, Orange, Sullivan and Ulster counties, we pre-staged an additional 30 line crews, 14 tree crews and 25 support personnel on Sunday. The storm resulted in seven broken poles in the region,” Packard confirmed.

Packard reported that areas that received the most damage, although still minimal, included the towns of Callicoon, Delaware, Fremont and Rockland.

“Some brief interruptions were reported and there may have been some isolated areas that were affected but none were brought to my attention,” reported Town Supervisor of Callicoon Tom Bose.

“As usual our Highway Department did an outstanding job clearing and making our roads safe. The ice from the previous storm as well as the wet, heavy snow and high winds definitely presented difficulties, but we were able to manage due to preparation and our dedicated employees and Highway Superintendent Kris Scullion,” said Bose.

Hust also reported on a large structure fire in Fallsburg that occurred as the storm progressed.

“It occurred at an unoccupied structure at 12 Roosevelt Drive in Fallsburg, with the call coming in at 6:31 a.m. on Monday. Fallsburg, Hurleyville, Liberty, Loch Sheldrake, Monticello and Woodridge Fire Departments were all on scene, along with Bethel and Thompson’s FAST teams. On standby were Grahamsville, Roscoe, Woodbourne,” Hust said.

No injuries were reported. The fire is currently under investigation by the Sullivan County Bureau of Fire.

In preparation for loss of power that might have resulted in a lack of heated shelter for residents, Sullivan County opened up their warming centers on Monday night.

“We open them any night where temperatures are expected to dip beneath 15 degrees Fahrenheit,” Hust said.

According to Hust, the warming centers are staffed by volunteers and welcome everyone who might be caught in the cold without access to heated shelter.

The two heating centers can be found at the United Methodist Church, 170 North Main Street in Liberty, and the Ted Stroebele Recreation Center, 2 Jefferson Street in Monticello, according to the county’s website.

Further information on the heating centers and when they will be open can be found at www.sullivanny.us.

Sean Kuhn to intern with Democrat this summer