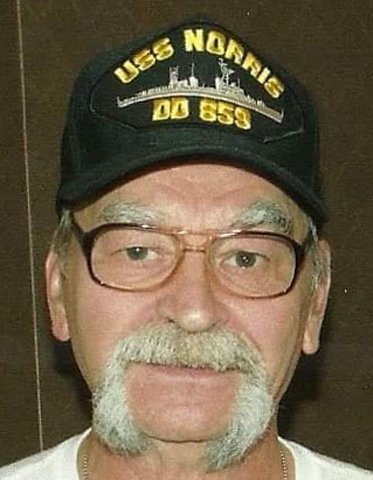 Born July 5th, 1946 in Queens, NY, son of Margaret Wehner and John Kambeitz, stepson to Thomas Brett, stepson to Ted Friedenstine. William went to school at Liberty Central School. He was married in 1970 in Obernburg, NY to Phyllis Oleksa and retired at the time of his death. He was in the community since 1971. Thomas was a former Navy SQS23, Sonar/MK 105 Fire Control Repair Tech on the U.S.S. Norris DD-DDE Navy ship 859 from 1965-1971.

He worked at Montgomery Ward from 1974-1988, was a former Arraytech Engineer & Lazertech in East Fishkill, NY at IBM from 1988-1993. He also worked at the Sullivan County Democrat and Roches Garage, Inc., both in Callicoon, NY.

Christmas Day, our last day with you, was filled with love and happiness, food and gifts. He enjoyed the great grandbabies, called my brother so we could all talk to him, like he did at every holiday. He enjoyed bouncing Ayana on his lap and singing The Gentleman Song with her, as he also did with the great grandbabies. The caring way he made sure I made it into the house with the crockpot of food I had made for the day. The conversations he had with my mom about the people he and she grew up with... William was the very definition of love, kindness and caring. He found a blood relative about two years ago now, he didn't know he had - his cousin Tammy Kambeitz-Lyons. In their first meeting they had an instant connection with each other. “From the moment they met, they didn't stop talking. It was like we had known each other all our lives. He could keep you laughing all day.” - Tammy Kambeitz-Lyons

He had that effect on all who he came into contact with. He had a love of Navy, politics, family, a sense of humor that could light up an entire room. He will be loved and missed terribly by all who knew him.

“I love you and miss you my sweet pops.” - Monica Brett-Burnside

“He gave me the knowledge, understanding and ability to fix/work on anything. He also passed down his short temper. If you knew my dad, you probably saw that ‘fun' temper once in a while.” - Tim Brett

“ How I wish that love is all we need to live. What a life we'd live, ‘cause you still had so much to give. I'll always have our song grandpa, forever and always, your sweetie.” - Ayana Leizear

“I will miss you a lot, especially the times we got together and reminisced about people, places and things only the two of us knew.” - Phyllis Oleksa

Thank you to all who sent condolences and prayers in person, by phone, by mail, through Facebook and all who came to his viewing.

Thank you to all who donated to the William Brett and family GoFundMe page on Facebook. For those who don't want to donate through the GoFundMe page, but who wish to donate privately, you may call Monica Brett-Burnside at 607-208-4094 or Tim Brett at 1-859-368-1388.