The Sullivan County Long Beards (SCLB) sponsored their Youth Turkey Hunt contest on April 23 and 24. The pre-season weekend is set aside by the DEC to allow 12 to 15-year-old hunters an opportunity … 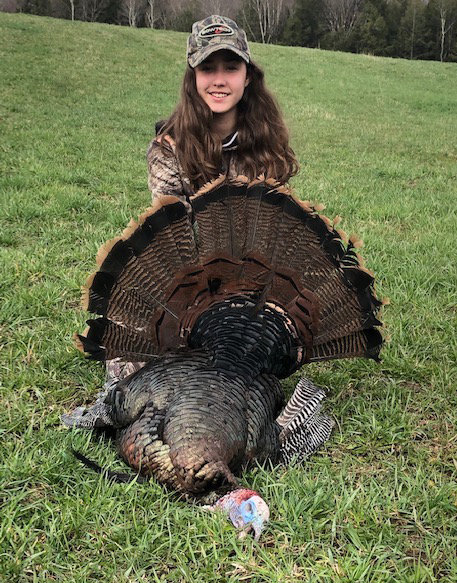 The Sullivan County Long Beards (SCLB) sponsored their Youth Turkey Hunt contest on April 23 and 24. The pre-season weekend is set aside by the DEC to allow 12 to 15-year-old hunters an opportunity to bag a turkey prior to the season.

There were five contest entries, and they were weighed at Fur Fin and Feather in Livingston Manor and The Sportsman’s Den in Callicoon. The birds were scored by the National Wild Turkey Federation’s (NWTF) official system; Weight plus 2x the total beard length plus 10x each spur length.

Arianna Kautz, 13-year-old from Jeffersonville, took first place with a score of 58.44. She will receive a Stoeger 12 gauge shotgun.

Second place was taken by Landen Ryder, a 12-year old from Roscoe, with a score of 55.94. He will receive a turkey mount donated by Shewolf Taxidermy.

The other three contestants were Brandon Eastman, 15-years old from Edmesston, Shelby Stevenson, 13-year-old from Neversink and James Fancher, a 14-year-old from Liberty.