This is a continuation of our series highlighting the work of the various pillars of the Sullivan County Substance Use Task Force.

SULLIVAN COUNTY –– There were over 900 births in … 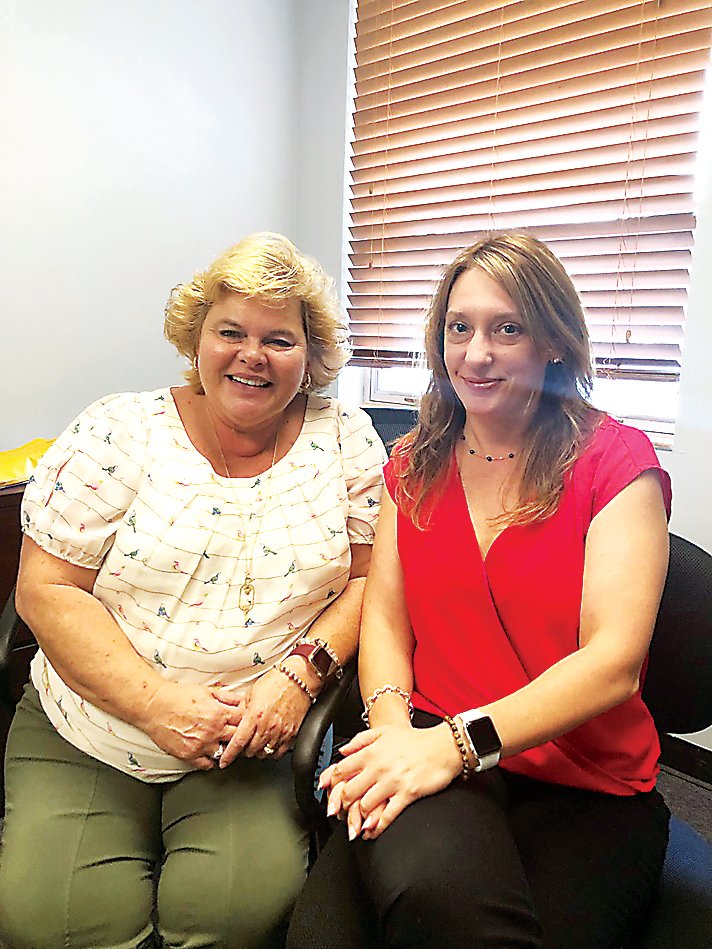 This is a continuation of our series highlighting the work of the various pillars of the Sullivan County Substance Use Task Force.

SULLIVAN COUNTY –– There were over 900 births in Sullivan County last year, a significant jump from  approximately in the 700s in years prior.

What’s now known as the Collaboration of Acceptance, Recovery and Empowerment (C.A.R.E.)/Perinatal pillar of the Sullivan County Substance Use Task Force was originally created to look at how to get referrals for mothers and babies into programs at Public Health and community support services,  seeing if newborns or mothers had any needs during pregnancy or postpartum.

“Are they getting adequate care? That's a slightly separate thing from substance use disorder,” said Deputy Director of Public Health and Acting Director of Patient Services Karen Holden. "But we definitely know that there are challenges  in our county with women that need some assistance.”

Due to the local identified need, it was eventually made into its own pillar under the Substance Use Task Force, which is co-led by Holden and Patricia Bennett, the Program Manager at Healthy Families of Sullivan.

Statistics on mothers who've used a substance while pregnant are not always accurate, Holden explained, as numbers are limited to people who self-report. Regulatory bodies recently determined that it would be prejudicial for health agencies to ask hospitals to screen patients. There is also a delay in when data becomes available.

However, Bennett told the Democrat that before screenings stopped, the percentage of positive toxicology screenings from local OB/GYN units was “very high.”

“There’s a huge need to try to identify these moms when they're pregnant, or shortly after delivery, so that we can offer them services if they're at that point where they are ready to accept them," said Bennett. "We know you have to be willing. It’s important for the baby and the mothers  to get help. So we hope that is a turning point for them and that they'd accept help.”

In addition to recent trends, the C.A.R.E./Perinatal also knows they have a very busy Maternal and Child Health (MCH)/Child Protective Services (CPS) program that provides wraparound services to moms, families and babies involved with some form of substance use.

In this program, a Public Health nurse would go out with CPS to provide services with the intention of keeping the mothers and babies together.

“One of the things that has been found through studies is that if you take away a person's reason [their child] for deciding to stop using their substance, you've taken away a huge motivation for them to change their life in a positive manner,” said Holden, who learned of how Dutchess County had implemented the program at a conference in 2018.

An unintended consequence of the program is that it reduces the amount of money counties spent on foster care.

In the past, some have looked at CPS as being a “removal service.” With the MCH/CPS program, the focus is how they can help people grow as a family and raise a healthy child. They aren't looked at as an enemy or threat, but rather, somebody there to help.

For example, if a nurse notices that someone in the home has a drug problem, thanks to the implementation of the NARCAN Leave Behind Program, the nurse can provide NARCAN and training to that family.

With their goal of reaching mothers at the earliest point of their pregnancy, or even before they decide to have children, the C.A.R.E./Perinatal pillar does face some challenges. This includes the area having a limited number of OB/GYN providers.

Transportation is also an issue.

The pillar is looking at ways to more effectively reach mothers while in their first trimester.

“We’ve developed relationships with the different OB/GYN offices, in hopes that we can come up with some kind of screening tool that we can use to identify moms who may be willing to get some help while they’re pregnant and before they deliver,” said Bennett. “So it’s really important that we do it as soon as possible. Our program takes in the mother early in the pregnancy and stays with them until [their child is in] preschool.”

Holden said one of the biggest things the pillar has done is build relationships with providers who are willing to refer people to their programs. They plan on continuing to make more connections moving forward.

She also mentioned the MCH/CPS program as a highlight, praising coworker Janna Walter, who was recently promoted to oversee it.

“There are some real success stories because of putting that program into place,” Holden said.

She added that another accomplishment of the pillar was simply identifying where the needs are.

“There’s the thought that there's a need, but then we've actually identified where the needs are and I think that's really important too. We need more services and more OB/GYNs,” said Holden.

A list of physicians who will work with mothers with substance use disorder can be found on Public Health's website.

For more information about the aforementioned services for yourself, a friend or a loved one, call the County's Hope and Referral line at 1-866-832-5575.

Holden said she and Bennett want people to know that they recognize that addiction affects families and that they're trying to help.

“It’s not just the person that has a substance use disorder ... It is the entire family and we want to put services in [place] to make sure the entire family succeeds," said Holden, “and make sure that the emotional spillover from addiction that impacts the growth and development of children can be something that we can address from the onset ...  from birth.”