Passing lights up the night in SW's league win over Fallsburg

HURLEYVILLE – Fact: The 2022 Division I eight-man football schedule is a gauntlet; a literal trial by fire week after week.

For the first time since its implementation, every team is …

Passing lights up the night in SW's league win over Fallsburg 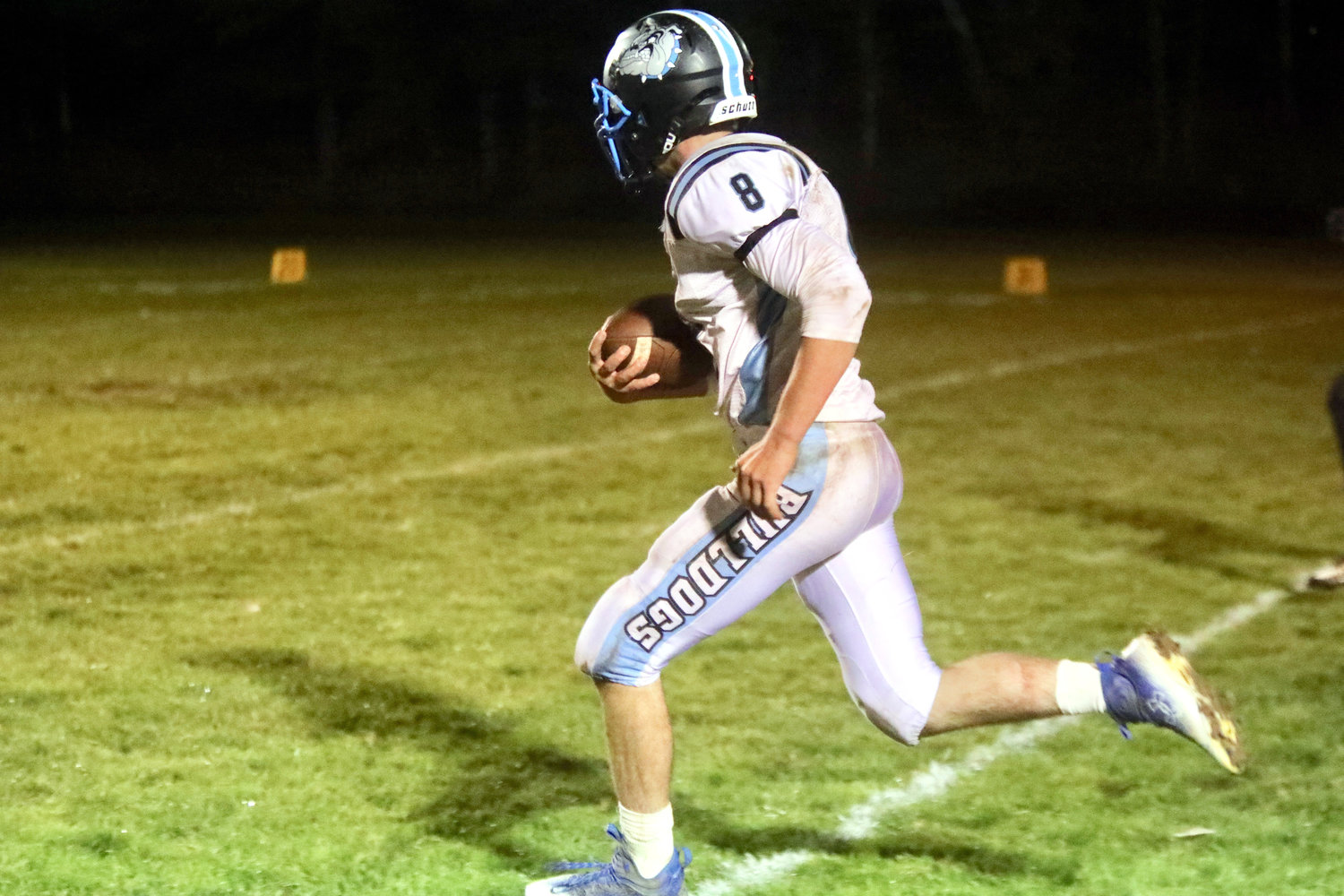 Sullivan West senior Andrew Hubert takes off up the sideline. He was eventually brought down by Fallsburg’s Isaiah Young.
Richard A. Ross | Democrat 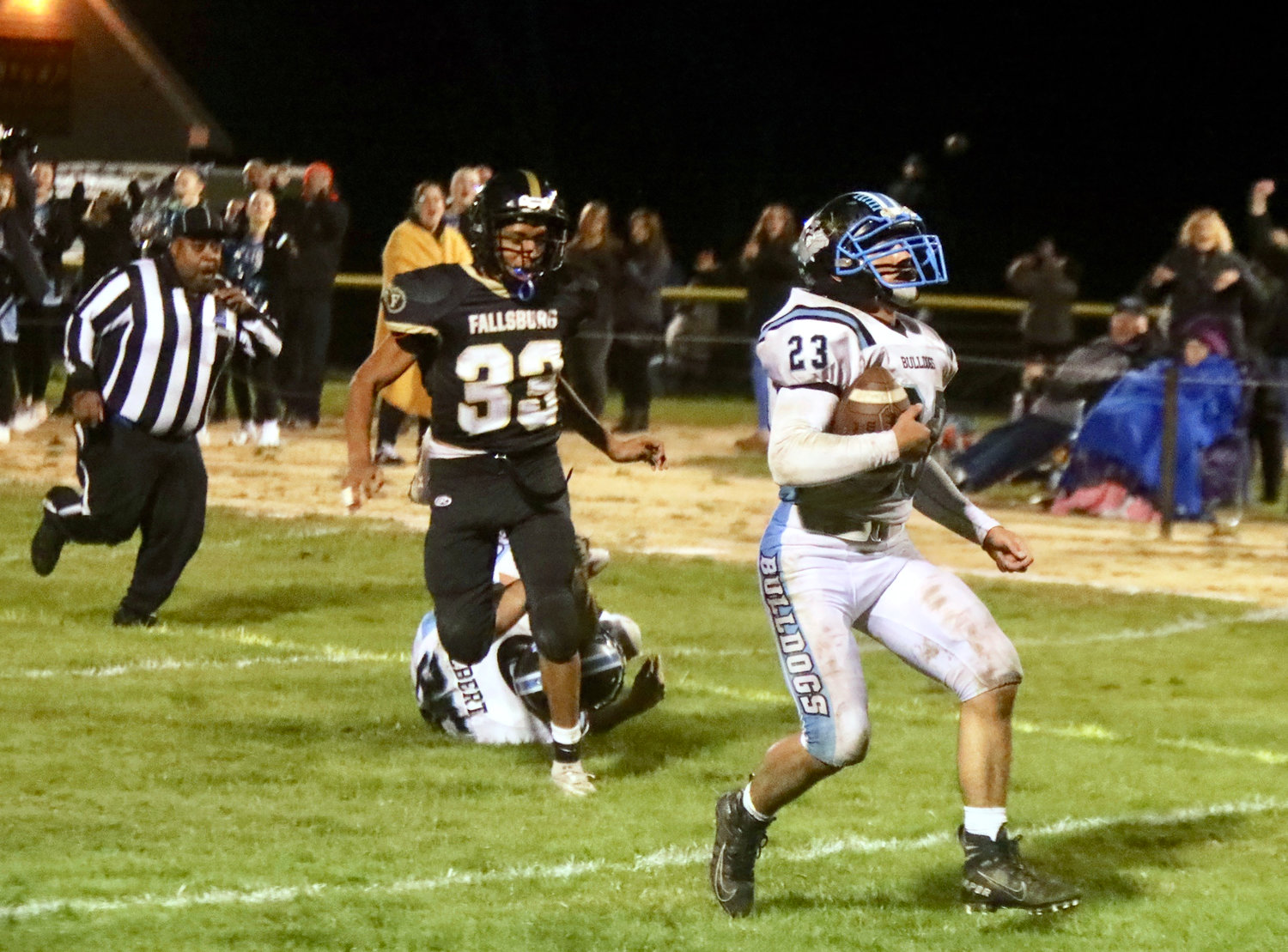 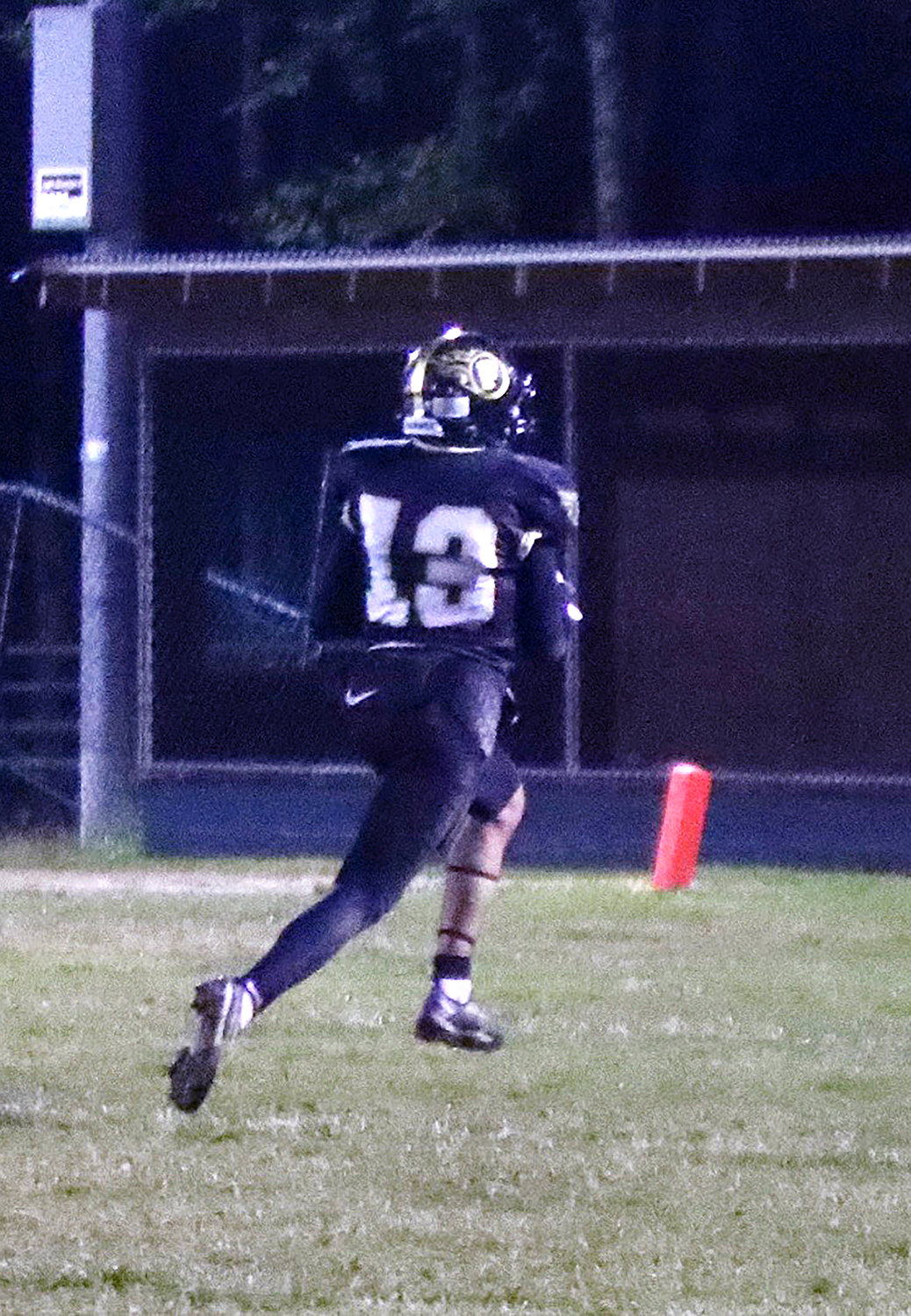 HURLEYVILLE – Fact: The 2022 Division I eight-man football schedule is a gauntlet; a literal trial by fire week after week.

For the first time since its implementation, every team is a contender. There are no more walkovers, and as such, the battles rage on. For Sullivan West, which barely escaped against vastly improved Eldred, dealing with Fallsburg on the Comets’ home turf would be an acid test for both teams which had won their first league games a week ago. The Comets, under talented and inspiring head coach Dom Scanna, looked to finally get a win against the Bulldogs, an annual nemesis. Featuring a great air assault put forth by junior quarterback Andrew Rein and junior wideout Isaiah Young who did it all on this night, abetted by senior Eugene Johnson and sophomore Donovan Hart, the Comets brought the firepower they figured could cage the Dawgs at last.

Their big line anchored by Mateo Scanna aimed to quash the Dawgs’ running game, and at times they did just that. But Sullivan West was not about to take Fallsburg lightly. They knew this was going to require their best effort and they brought just that. Sullivan West struck first on a 36-yard TD pass from Andrew Hubert to Adam Ernst, but the Comets answered back with a long TD pass from Rein to Young. Neither team converted and the game was knotted at 6-6. On a night when penalty flags were raining down with disconcerting regularity, both teams were hampered at times by the overzealous officiating crew.

After Sullivan West held Fallsburg to three and out, Ernst blocked a Young punt attempt and Allyn Walter recovered it. Buddenhagen ran it in from the one and then passed to Jakob Halloran for the conversion. Sullivan West held a 14-6 lead at the half. Rein had been hurt on a horse collar tackle and Young had taken over at QB.

In the third quarter the Bulldogs added to their lead with a 21-yard pass from Buddenhagen to Rally Cruz. Buddenhagen hit Halloran again and the Dawgs looked to be off and running at 22-6. But Fallsburg was far from done. Quickly they marshaled two TD passes, one of which came as a result of recovering an onside kick.

Hart caught the first from Young. Then Rein returned and hit Young with the second. The first conversion failed by a PAT kicked by Young made it a 22-19 game by the end of the third quarter. The Dawgs opened the final stanza with a steady drive that resulted in a 17-yard TD pass from Buddenhagen to John Bernas. Buddenhagen ran in the conversion and the Dawgs now led 30-19. Fallsburg’s next drive ended with what was termed an interception by Alec Hubert on a fourth down Comets’ attempt. Hubert had knocked the ball out of bounds, but the officials ruled it a catch.

Two plays later Jakob Halloran took off on a 67-yard pass play. The conversion failed but the Dawgs now ran rampant at 36-19. Once again SW’s stalwart defense frustrated Fallsburg and the night ended with yet another SW drive capped off by a Buddenhagen three-yard dive over the goal line.

Sullivan West offensive coordinator Justin Diehl noted, “The team played very well overall. Fallsburg is a good team, and we knew that going in. It was going to be another tough game. We got contributions from a lot of different players, and we executed plays when we needed to. We still have some things to clean up on offense, but the defense was stellar aside from letting up two big plays. We’re happy with the performance but with three big home games coming up we know we’ve got to continue to get better each week.”