HANCOCK – Roscoe opened their 2022-23 Boys Basketball season on Friday night. They participated in the Deposit/Hancock tournament as they do each year, facing a familiar foe making their … 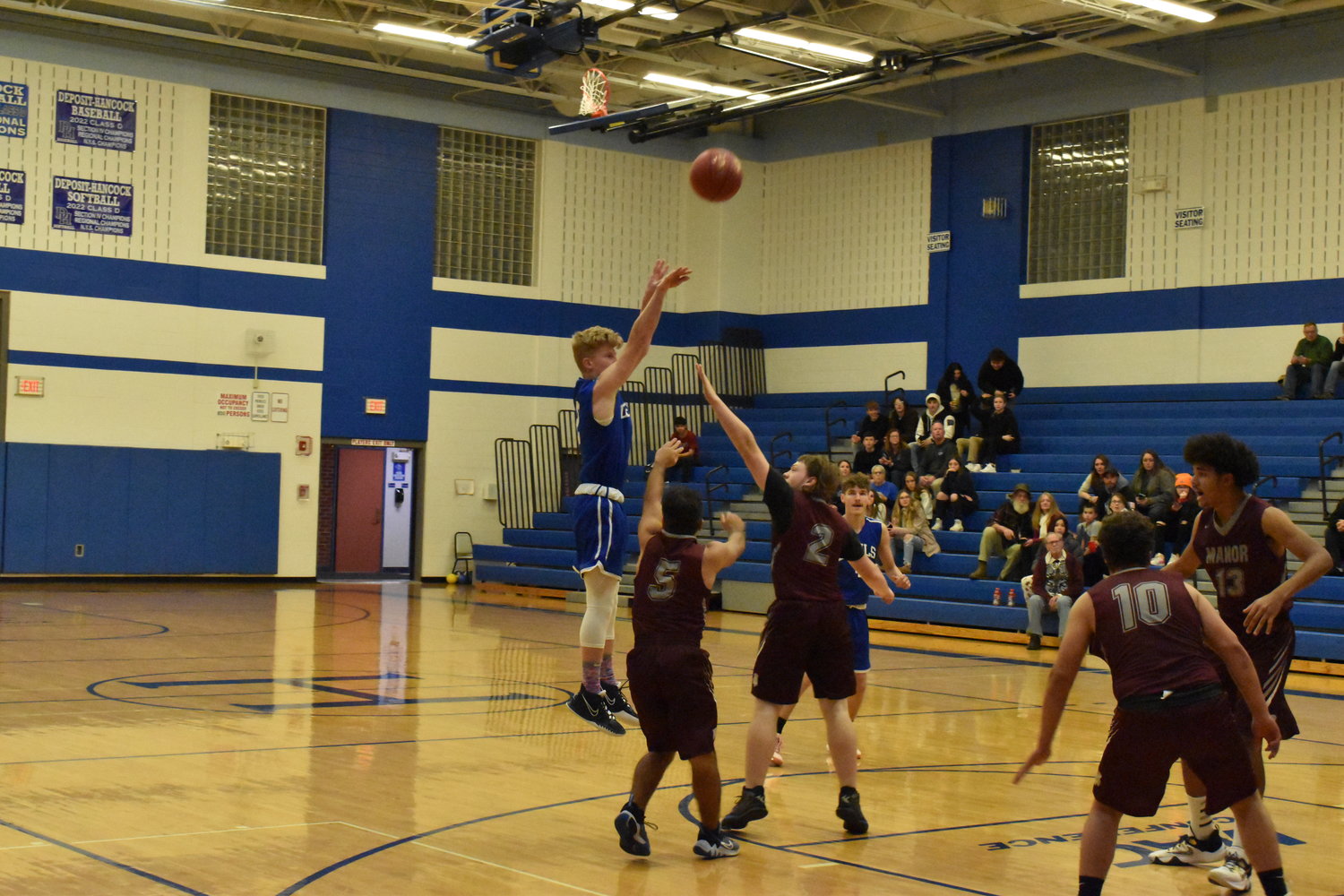 Aiden Johnston knocked down five 3-pointers in the win. Anthony Teipelke and Anthony Zamenick led with 18 points apiece, and Johnston added 17 of his own.
Anthony Morgano | Democrat
Posted Tuesday, December 6, 2022 6:20 am
Anthony Morgano

HANCOCK – Roscoe opened their 2022-23 Boys Basketball season on Friday night. They participated in the Deposit/Hancock tournament as they do each year, facing a familiar foe making their tournament debut.

Livingston Manor joined the tournament alongside Roscoe, Morris and Deposit/Hancock, and the two Sullivan County teams faced off in the opening round on Friday night.

The Blue Devils got off to a slow start, but managed to put up some big offensive numbers against their Class D rivals, winning the first round 64-32.

“We got out to a slow start but we were able to pick it up,” Roscoe Coach Mike Hill said after the game.

In the first quarter, Roscoe was able to score just nine points, which was enough for the lead until a buzzer beater gave the Wildcats a 10-9 advantage.

The Blue Devils kickstarted their offense, and defense, in the second quarter, outscoring the Wildcats 18-5 and taking a 27-15 lead into halftime.

The third quarter followed that same formula, and Roscoe outscored Livingston Manor 16-7, extending their lead to 43-22.

In the final frame, Roscoe outscored their opponents 21-10, and they finished the game with a score of 64-32.

“We scored more points in our first game of the season than any game last year,” Hill said. “It’s a nice start, but we’ll take it with a grain of salt and keep working.”

Following the win, the Blue Devils squared off against Morris for the tournament championship. Morris got out to a hot start and ultimately won 65-39.

Livingston Manor won the consolation game against Deposit/Hancock 41-37, and by the end of the weekend, both Roscoe and Manor have a 1-1 record.