ROSCOE –– The Blue Devils hosted the Wildcats for the final game of the season for both teams, as neither qualified for sectionals this year. In a high scoring back and forth battle, it … 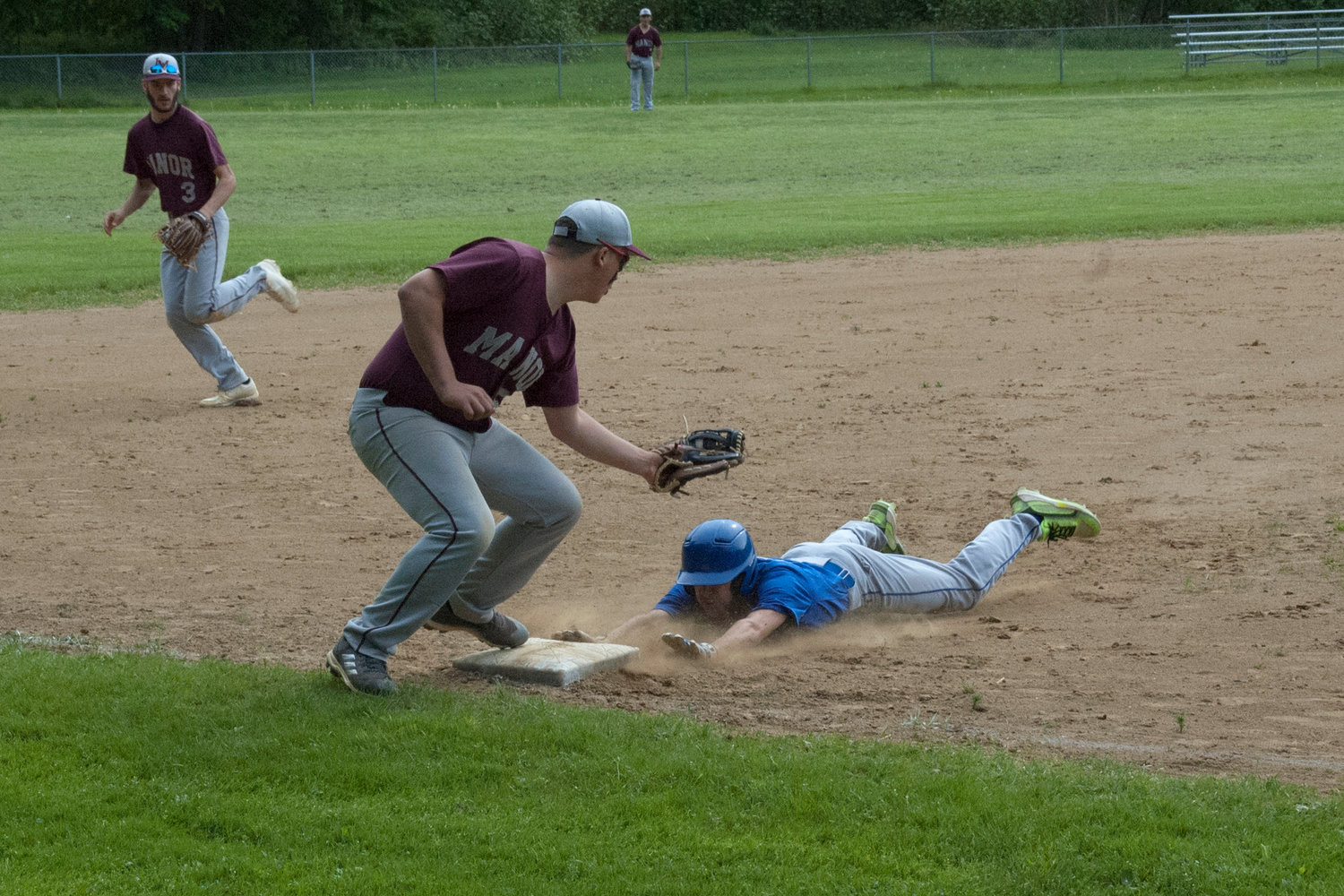 Roscoe Senior Jack Madera dives in just before a tag for a stolen base.
Anthony Morgano | Democrat 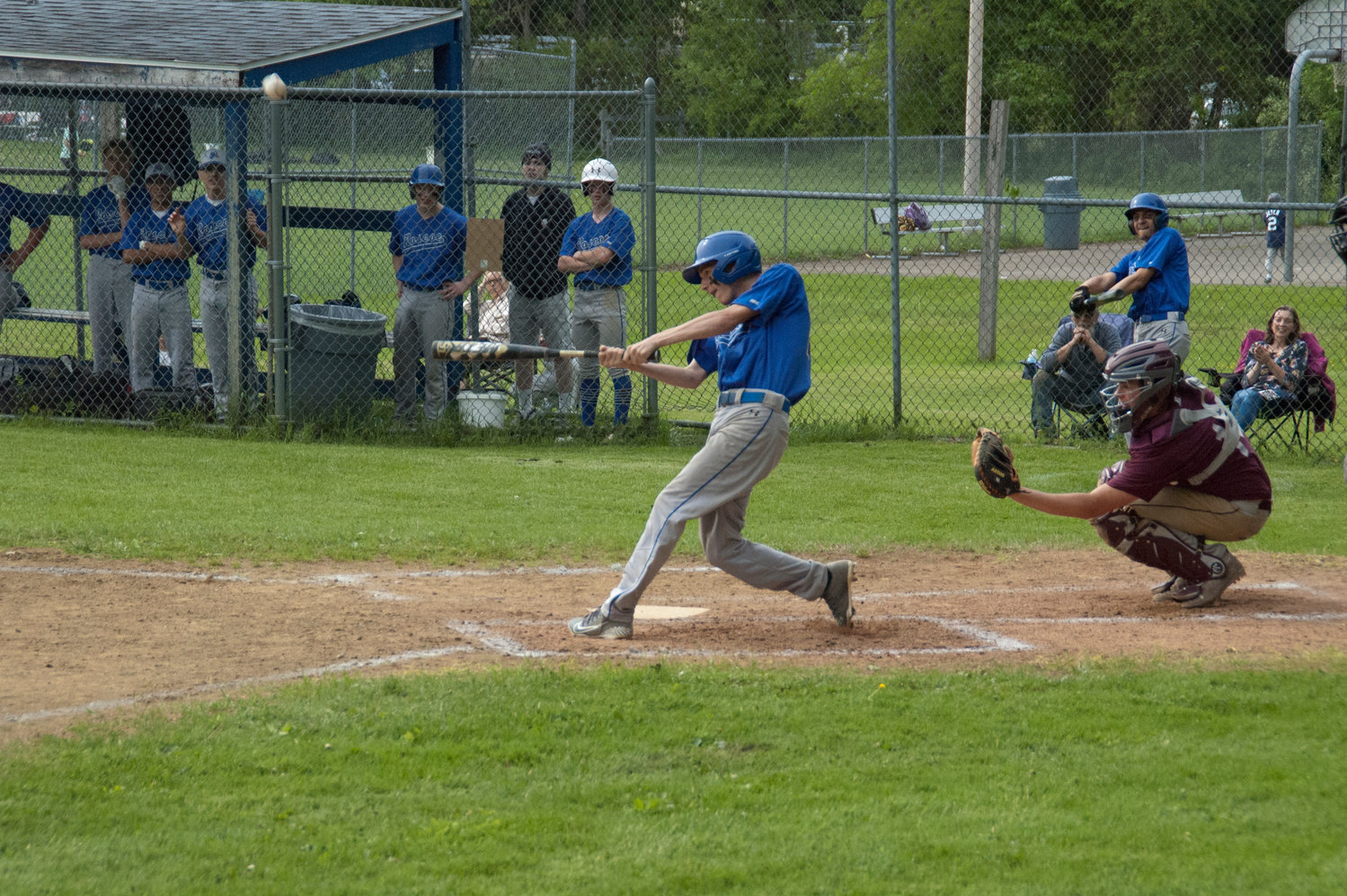 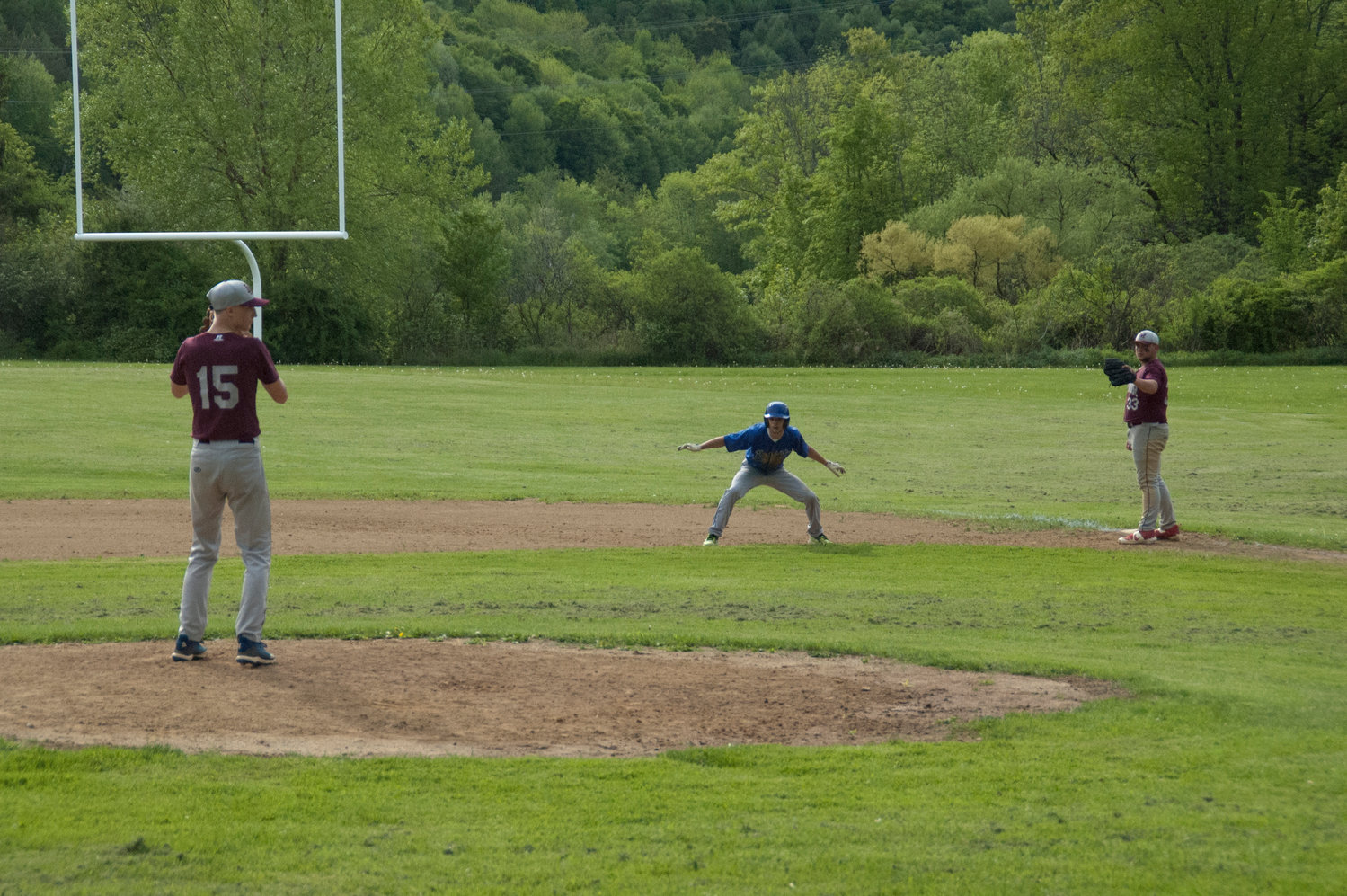 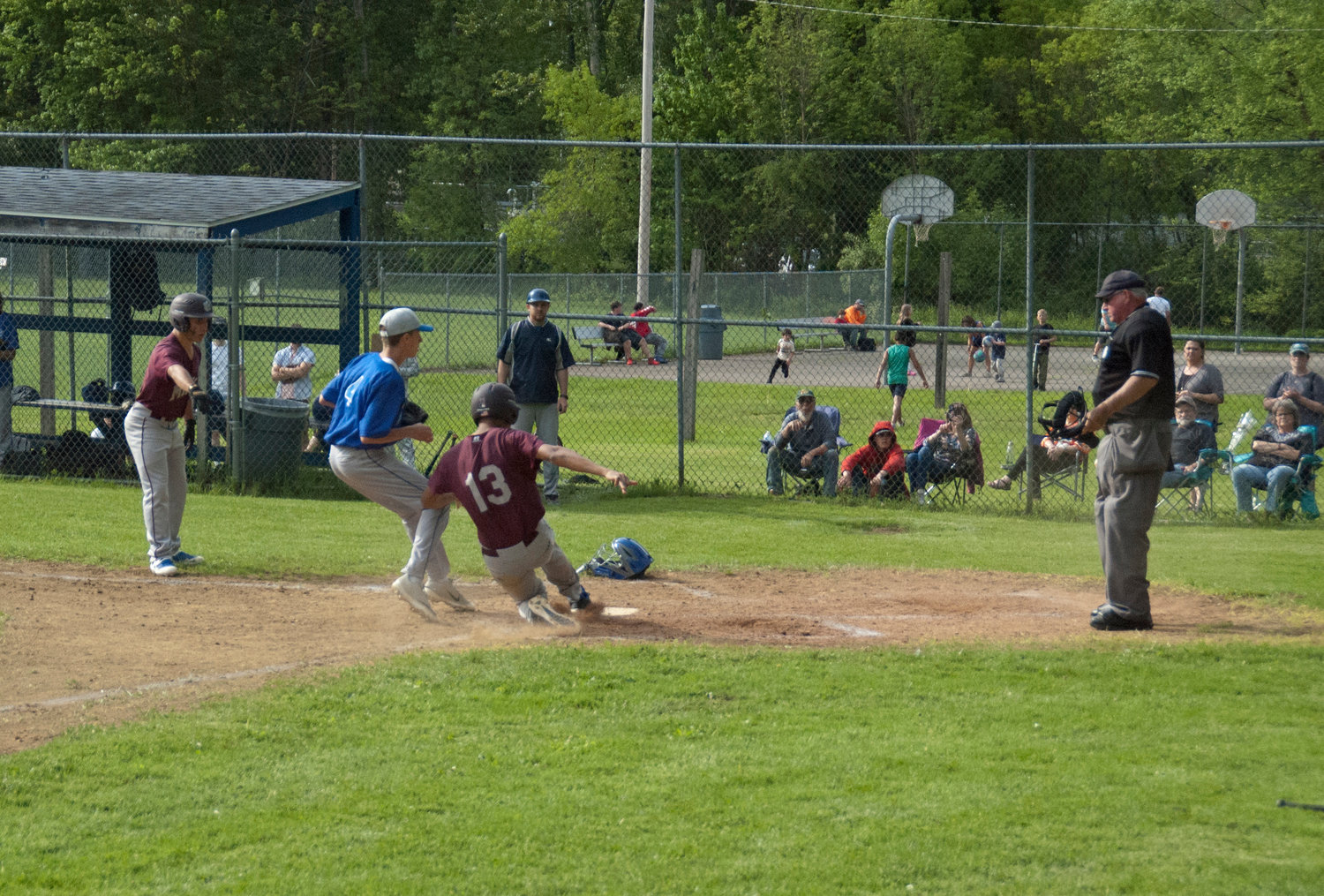 ROSCOE –– The Blue Devils hosted the Wildcats for the final game of the season for both teams, as neither qualified for sectionals this year. In a high scoring back and forth battle, it was Roscoe that pulled away at the end with an 18-15 win over Livingston Manor.

“I think our team did fairly well in our return to varsity baseball,” Roscoe Coach Corey Booth said following the game. “As the season went on, more and more kinks were worked out and the team grew in leaps and bounds from our first game to our last.”

The first two innings of the game went pretty quick; with Roscoe scoring a quick three runs in their first plate appearances of the day. Neither team scored in the second. Livingston Manor plated four runs in the top of the third, jumping out to a 4-3 lead before Roscoe was able to get out of the inning. Roscoe returned fire with five runs of their own in the home half of the third to re-take the lead and make it 8-4 before their third out.

In the fourth inning, the Wildcats returned fire with five runs, taking a 9-8 lead and forcing the Blue Devils to put in a reliever. Roscoe senior Ben Ackerly got the start, and was relieved by Aiden Johnston in the inning.

In the bottom half of the fourth inning, Roscoe’s offense put on a clinic, scoring seven runs and grabbing a 15-9 lead.

Livingston Manor scored one in the fifth and stopped Roscoe from scoring in the home half, so the Blue Devils clung to a 5-run lead heading into the sixth. The Wildcats plated the tying run in the top half of the sixth inning, tying the game at 15 apiece.

Roscoe scored three more in the bottom of the sixth to take the lead back from Livingston Manor, by now the score had ballooned to 18-15.

In the top of the final inning, Livingston Manor was unable to score, and Roscoe won their second game of the season in their final outing.

“It made the win even better since it took place on senior night, where we said goodbye to five seniors. Just like the first game, this was a fun back and forth game,” Booth said. “Everyone contributed in one way or another, and it was a special win for the team and hopefully for the fans in attendance.”

The offenses for both schools put on a hitting clinic, combining for 33 runs on 25 hits. Ackerly and Johnston combined for six hits, six RBIs and five runs scored. They also had eight strikeouts each while pitching.

Joseph Gould went 3-5 for Livingston Manor, scoring three times and driving in three runs as well. Cody Froehlich reached base safely four times for the Wildcats, with three hits, a walk, four runs scored and three RBIs in the game. The Wildcats drew 13 walks, but left 12 runners on base in the game.