It is with great sadness that the family of Bohdan J. Kowal announce his passing. Bob died on December 18, 2021 while battling Covid-19 at Garnet Health Medical Center in Middletown, New York. He was … 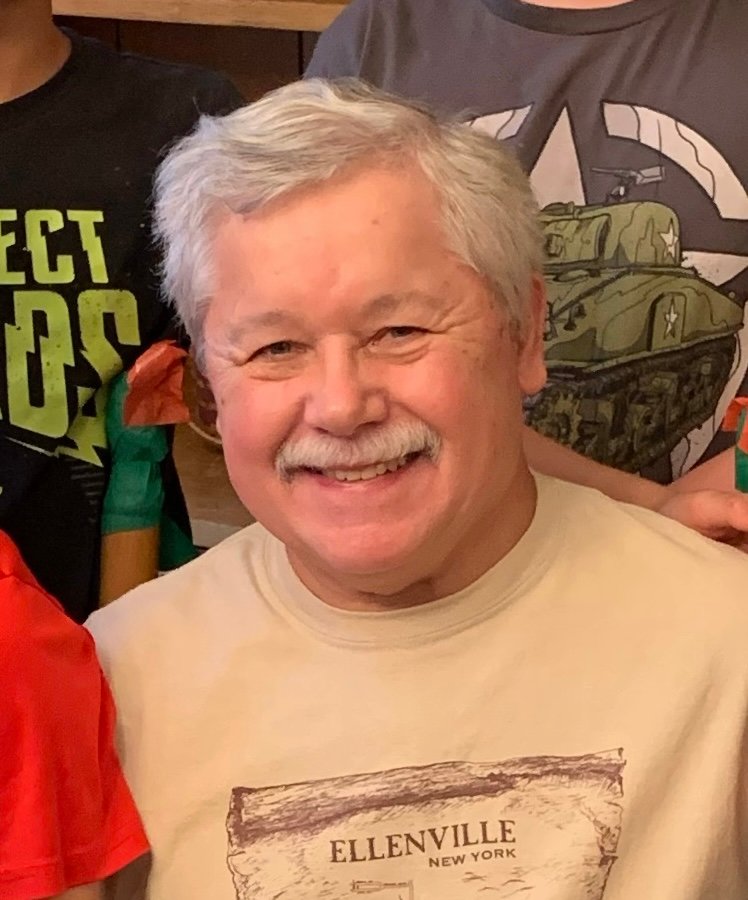 It is with great sadness that the family of Bohdan J. Kowal announce his passing. Bob died on December 18, 2021 while battling Covid-19 at Garnet Health Medical Center in Middletown, New York. He was 73 years old. Bob was a man of great generosity, keen intelligence and deep faith. He is survived by his beloved wife of 24 years, Joan (Rapkin) Kowal.

Bob was born in Wattrelos, France on August 25, 1948. His parents were Anna Kruba and Wasyl Kowal. Anna and Wasyl were both from Ukraine. They met in France after World War II. When Bob was 8 years old (1956), the family of four emigrated to the United States by passenger ship. They arrived with not much more than a trunk of earthly possessions. Their sponsor lived in Perth Amboy, so Bob lived there first. Fortunately, his school teacher also spoke French! Bob was thus able to learn English quickly. The family then moved to the lower East Side of New York City where he attended Saint George’s Ukrainian elementary school. Eventually they were able to purchase an apartment building in Astoria, Queens. Bob commuted to Cardinal Hayes High School in the Bronx and graduated in 1966. He ran cross-country at Hayes and liked to tell people that his team practiced in Coonsdam Park --- now the site of the new Yankee Stadium. This was fitting for the Yankee fan that he was!

Bob graduated from the City College of New York in 1973 with a B.S. in Computer Science. He worked for Pan American World Airways for 14 years and then for Citigroup as a systems analyst until his retirement in 2013. He was always a go-to-guy at work and he was honored as a Citistar in 1999. Bob commuted 90 miles a day to his office in New Jersey for the better part of his career! He was with Citi for 26 years. Bob was always grateful for his colleagues there and for the teamwork they consistently displayed.

Bob stayed busy in retirement. He was a charter member of the Ellenville Assembly of God for 40 years and conscientiously served two terms on the Church Council. Bob’s faith in Jesus Christ informed his life. He walked in obedient faith and trusted God on a daily basis. He loved the verse, “As for me and my house, we will serve the Lord.” Joshua 24:15. Bob did just that.

He was also a member of the Wawarsing Rod and Gun Club and of the NRA. Bob loved animals and he fed a flock of pigeons daily. (His father had raised pigeons in France.) He enjoyed photography, loved model trains, and created a big HO layout in his basement. In his earlier years he was a runner, competing in area races, and he even ran a marathon in London, England!

In addition to his wife Joan, Bob is survived by his cherished son Dr. Alexander Kowal and dear daughter-in-law Theresa Kowal and his four precious grandsons Thomas, John, Peter, and Mark---all of Orefield, PA. He is also survived by his two nieces Adrienne Gulakowski and Teresa Czubak. Bob also leaves behind his dear sister-in-law Michelle Rapkin of Ocean Grove, NJ. Bob was predeceased by his sister Stephanie Kowal and by a three-month-old baby brother, Andre Wasyl, born in France.

Bob’s family is deeply grateful for the excellent care afforded him at Garnet Health Medical Center in Middletown, NY. That care began with the ER staff and continued through his stay on 4 South and, finally, the ICU at 3 East. We are so appreciative of everyone on these units.

Visitation was held on Wednesday, December 22 at Loucks Funeral Home, 79 N Main St, Ellenville, NY from 2 to 4 p.m. and 7 to 9 p.m. A Ukrainian Panakhyda was scheduled for 8 p.m. during the viewing. A memorial service was held at the Ellenville Assembly of God, 67 Canal St on Thursday, December 23 at 10 a.m.

In lieu of flowers, donations can be made in Bob’s memory to Samaritan’s Purse or to the Ellenville First Aid and Rescue Squad.