Bought for a Song

It was Christmas, 1938, just a few weeks after Kate Smith had debuted his revised “God Bless America” on her radio show, that songwriter Irving Berlin presented his wife with a house and …

Bought for a Song 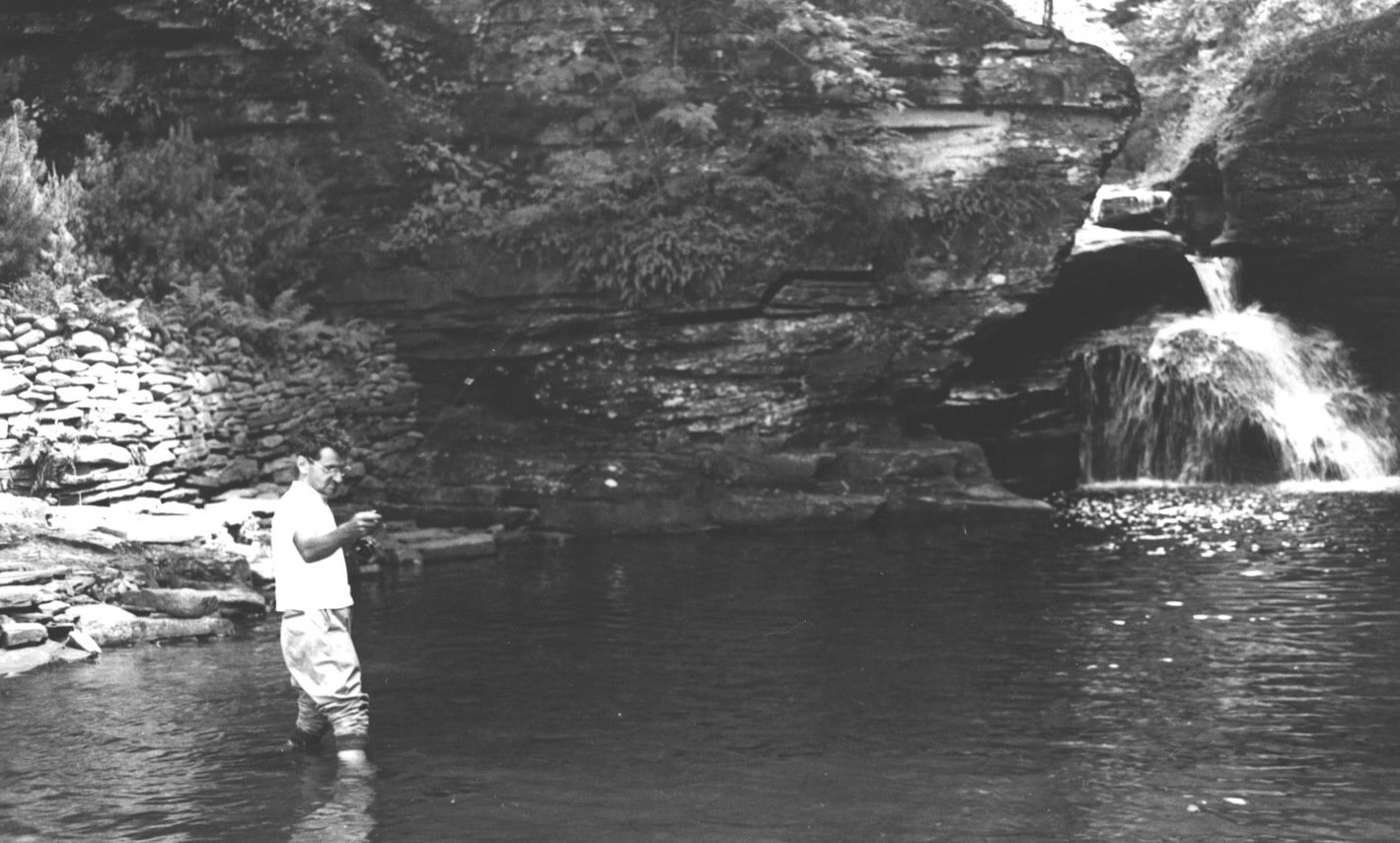 It was Christmas, 1938, just a few weeks after Kate Smith had debuted his revised “God Bless America” on her radio show, that songwriter Irving Berlin presented his wife with a house and 52 acres of land in Lew Beach.

The property would become their country home for the last 50 years of his life, and it was there, according to longtime friend and collaborator Howard L. Gorr, that Berlin conceived and wrote “White Christmas,” which would become one of the biggest selling Christmas songs of all time.

Berlin, of course, was Jewish. He was born– the son of a cantor– Israel Isadore Baline in what is today Belarus, and came to America with his family at the age of five. His wife, the former Ellin Mackay, however, was a devout Irish Catholic, and their marriage had been quite controversial. She was in mourning as the holidays approached in 1938, following the death of her father a few months before, and Berlin hoped the lavish surprise would lift her spirits.

“It was in a town with a funny name for the mountains, Lew Beach (‘Not a beach,’ he kept saying, ‘Lew Beach, the man who founded the town’) and a funny split personality. A half hour north of Grossinger’s, still in the heart of the borscht circuit, with its own Jewish hotel, the Edgewood Inn, and an orthodox camp run by a rabbi, Lew Beach was also an outpost for non-Jewish ‘old New Yorkers’ who liked to fish or live the rustic life,” Barrett wrote. “A few days later, we went to have a look. My father was nervous - what had he done indeed? - my mother loud in her expressions of delight as we drove through the tumbledown town of Lew Beach, past a white-steepled church, a green-shuttered farmhouse, then to the right onto a wooden bridge over a partly frozen stream. And there, across a snowy field, it stood, ‘our very own country house’: no pillars, no broad terrace and tall French windows, just an old, low-slung dwelling with peeling white paint and a dingy roof.”

The Berlins, of course, almost immediately began fixing the place up, often staying at the Edgewood Inn while the work was in progress. They finally moved in the following June.

Irving Berlin often said that buying the Lew Beach property was the best thing he’d ever done. He told interviewers that he loved the mountains of Sullivan County because of the fresh air they provided, and because they reminded him of pictures he had seen of his birthplace in Russia. Besides, he loved to fish, and his property included a long stretch of Shin Creek, which emptied into the world famous Beaverkill trout stream.

“We fished for what there was, and spent hours upstream, by a deep, narrow pool we called ‘the coffin,’ watching for an enormous old trout that refused to be caught. We swam in the icy pool under the big fall; we had picnics on the flat gray rocks, a procession from the house bringing food and drink, a uniformed butler with the silver cocktail shaker, maids in pink bringing the salads, the homemade potato chips, the herring from Grossinger’s, the steaks from Dinty Moore’s, that my father grilled on an open fire,” Barrett wrote.

This lavish lifestyle during the depths of the depression notwithstanding, Berlin’s greatest accomplishments were still ahead. During the 1940s, while America busied itself with the business of war, he worked on a number of top-notch movies, including “This is the Army,” in which he also appeared, singing “How I Hate To Get Up in the Morning,” “Blue Skies,” with Bing Crosby and Fred Astaire, for which Berlin’s “You Keep Coming Back Like a Song” was nominated for an Academy Award, “Easter Parade,” with Astaire and Judy Garland, and “Holiday Inn,” in which Bing Crosby introduced the world to the unforgettable “White Christmas.”

The song won an Oscar, and would become the best-selling song ever for a time, eventually being featured in at least four different movies.

John Conway is the Sullivan County Historian. E-mail him at jconway52@hotmail.com. He will present the program, “Bought for a Song” about Irving Berlin’s Sullivan County connection at the Livingston Manor Library at 6:30 on Thursday evening, September 23. Contact the library for more information.