FALLSBURG – The Fallsburg Comets are in midseason form, and their practice culminated in a big non-league win over Tri-Valley on Tuesday night. After a close battle for the first three … 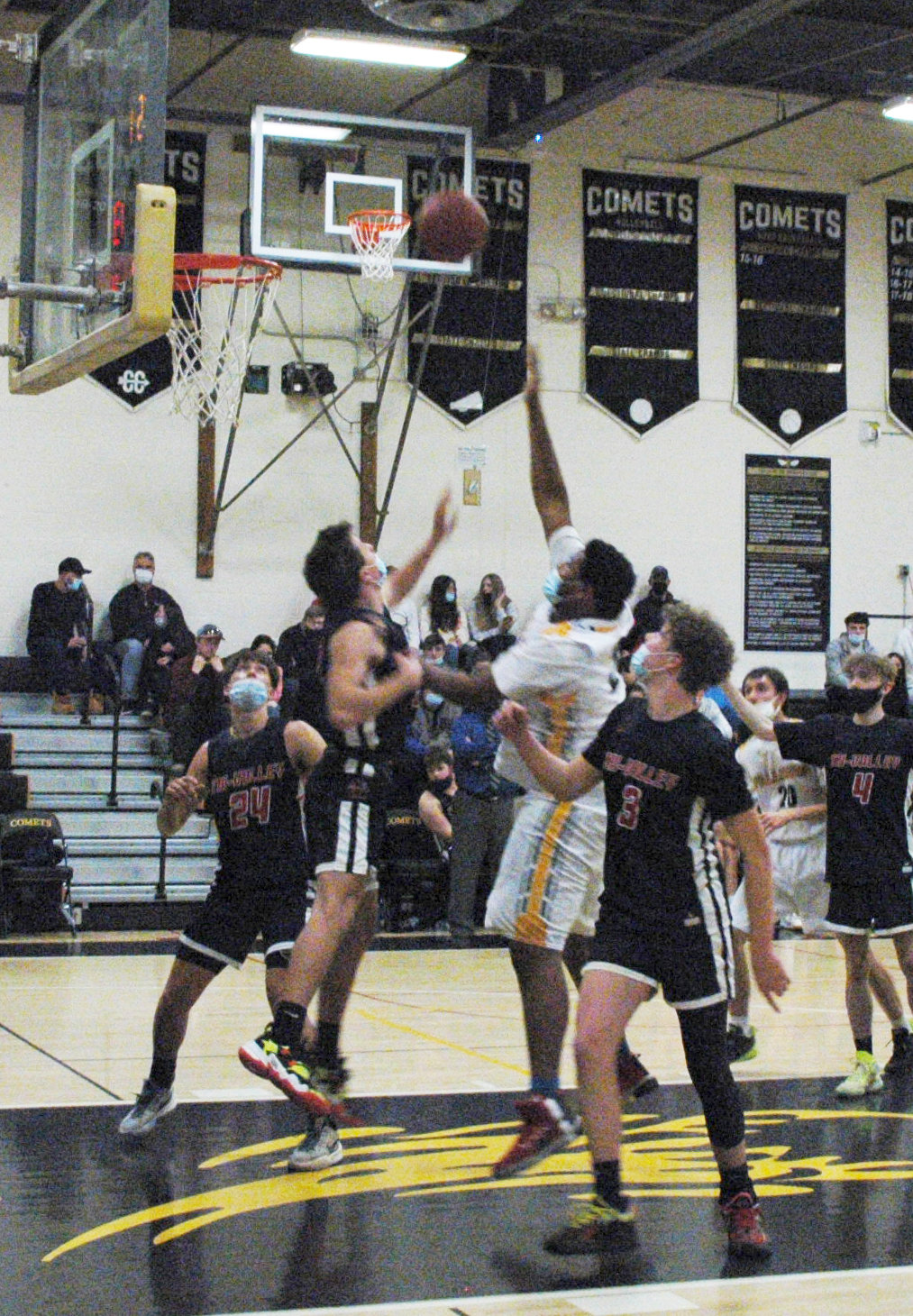 Akinde Bryan was a huge post presence in Tuesday’s win over Tri-Valley. He led all scorers with 23 points and locked down the interior on defense as well as rebounding.
Anthony Morgano | Democrat
Posted Friday, January 28, 2022 6:20 am
Anthony Morgano

FALLSBURG – The Fallsburg Comets are in midseason form, and their practice culminated in a big non-league win over Tri-Valley on Tuesday night. After a close battle for the first three quarters, Fallsburg drew some fouls and hit some late shots to win 56-43.

Defense down the stretch was a huge part of Fallsburg’s success. By containing Tri-Valley’s leading scorer, Andrew Cox, in the fourth quarter, they were able to extend their lead in the final frame. Cox had 21 points on the night, 10 of which came in the third quarter to briefly erase Fallsburg’s lead. After a timeout, Fallsburg made the necessary adjustments to limit Cox’s impact.

Akinde Bryan was a huge factor in the win. His big presence down low, pulling rebounds, blocking shots, and getting easy points contributed to his team’s success. Bryan scored a game high 23 points, 10 of which came in the second quarter and gave Fallsburg a 6-point halftime lead.

Eugene Johnson added 15 points and some key interior defense for the Comets. In the second half, Johnson drew foul after foul, knocking down five of his 10 shots from the charity stripe.

“It was good to see an intense game after missing players for the past few games,” said Tri-Valley coach Kevin Delaney. “We didn’t adjust quickly enough, and they out-rebounded us. Rebounding is what did us in tonight, their bigs played well and hit their free throws down the stretch.”