LOCH SHELDRAKE- Baby it’s cold outside and that’s no understatement. After a relatively mild December, winter slammed into Sullivan County with a vengeance as arctic temperatures dipped … 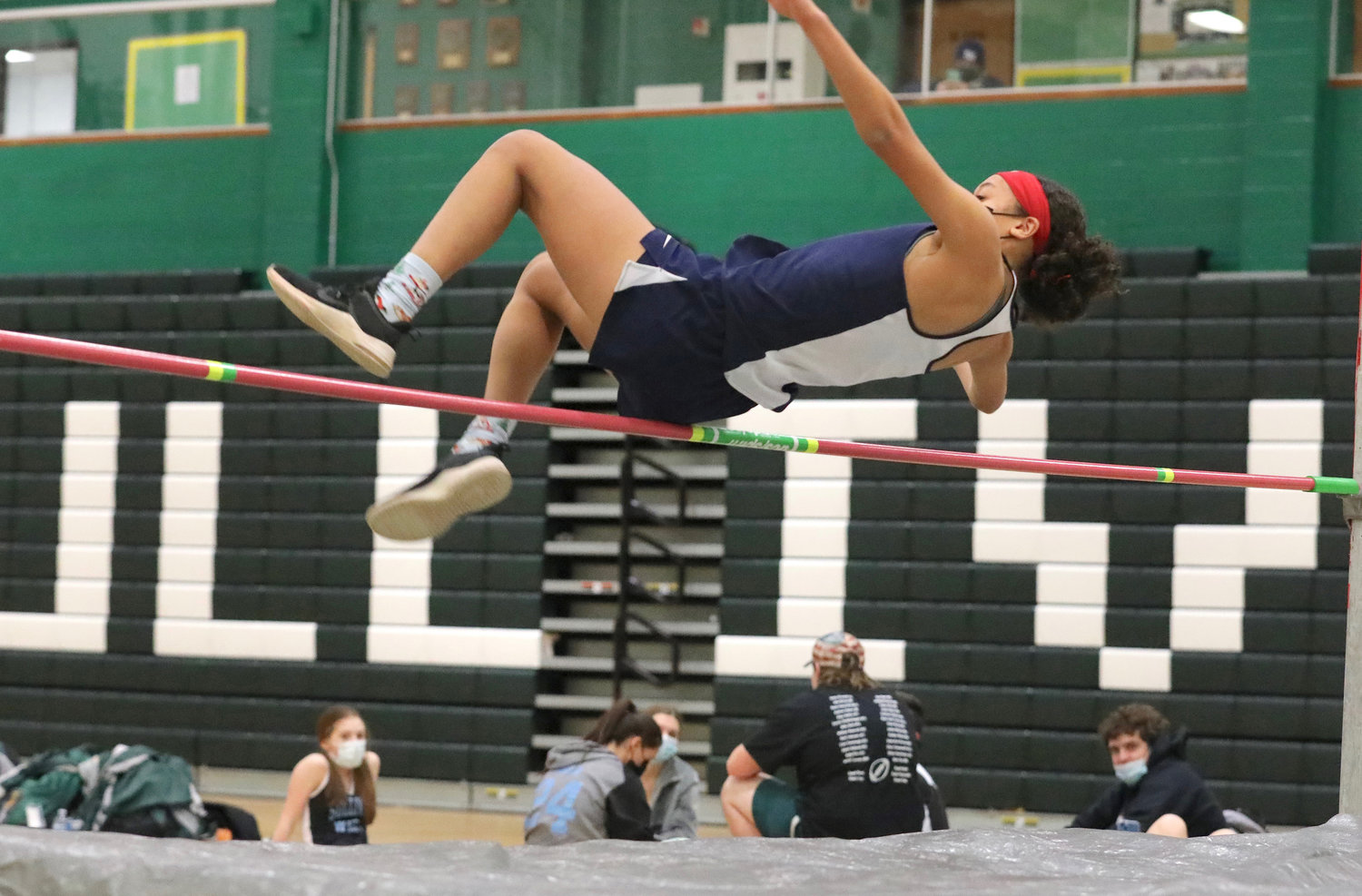 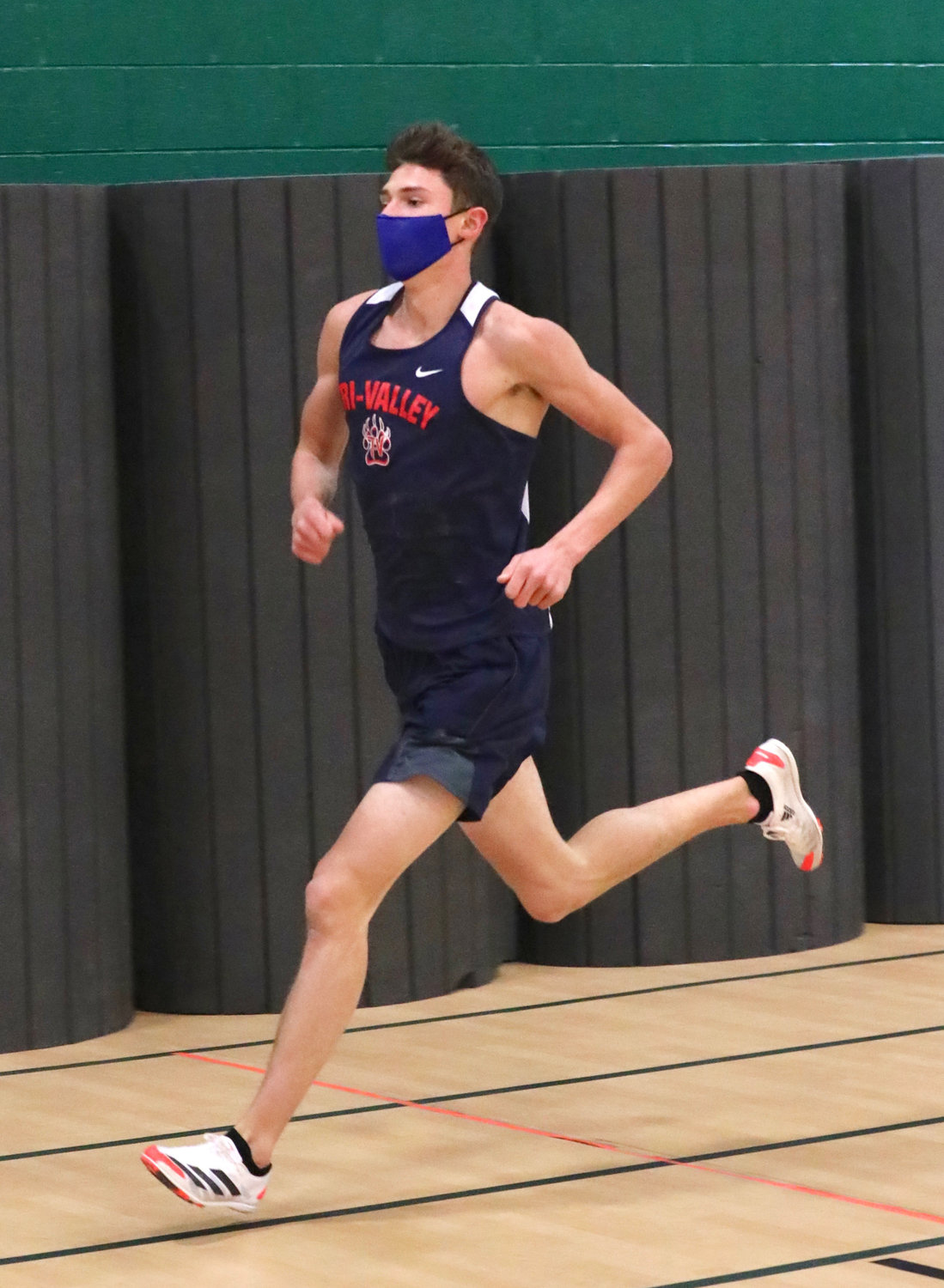 Tri-Valley’s Adam Furman way out in front of the pack in the 1000.
Richard A. Ross | Democrat 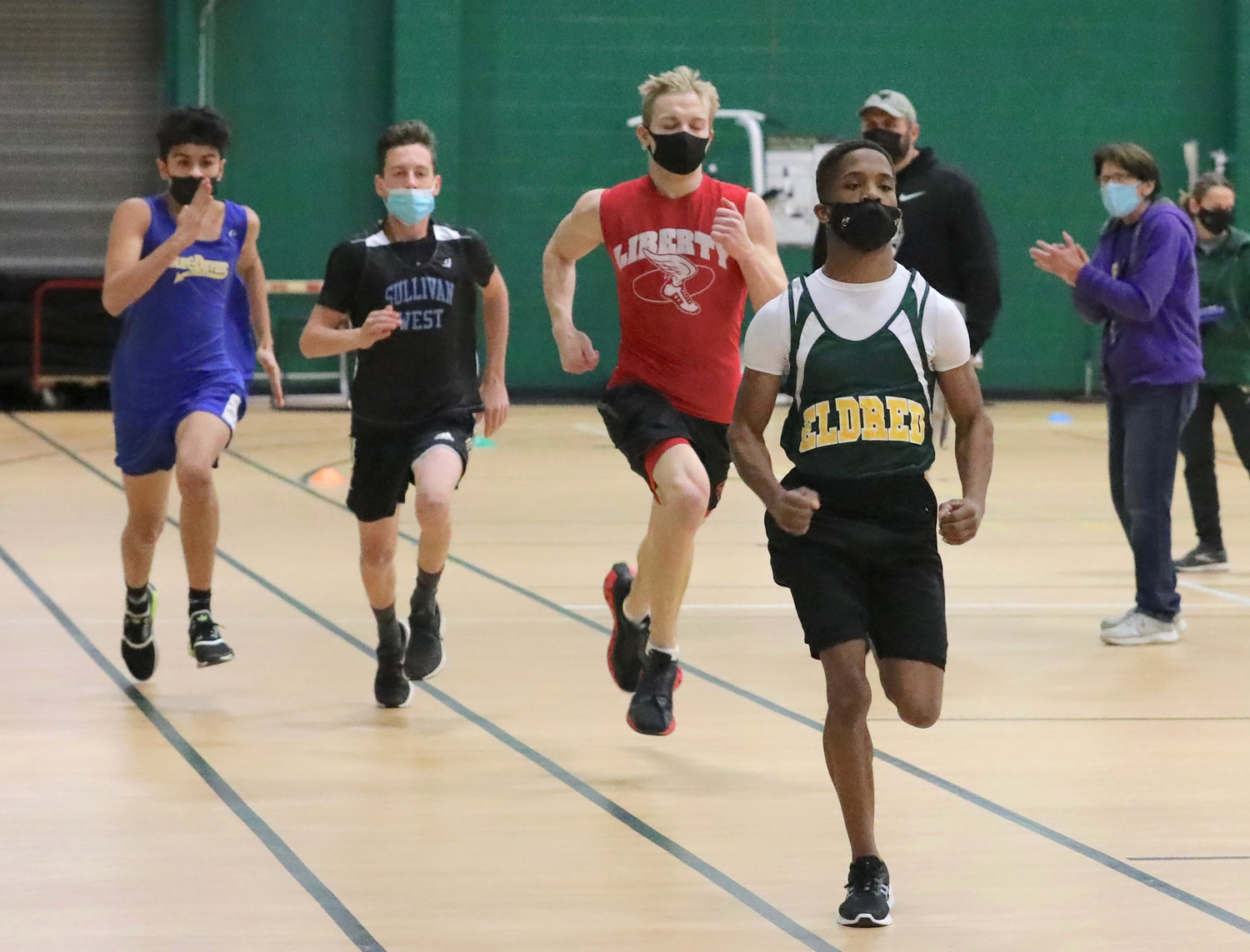 Eldred’s Jon Morbito leads his heat in the 300.
Richard A. Ross | Democrat 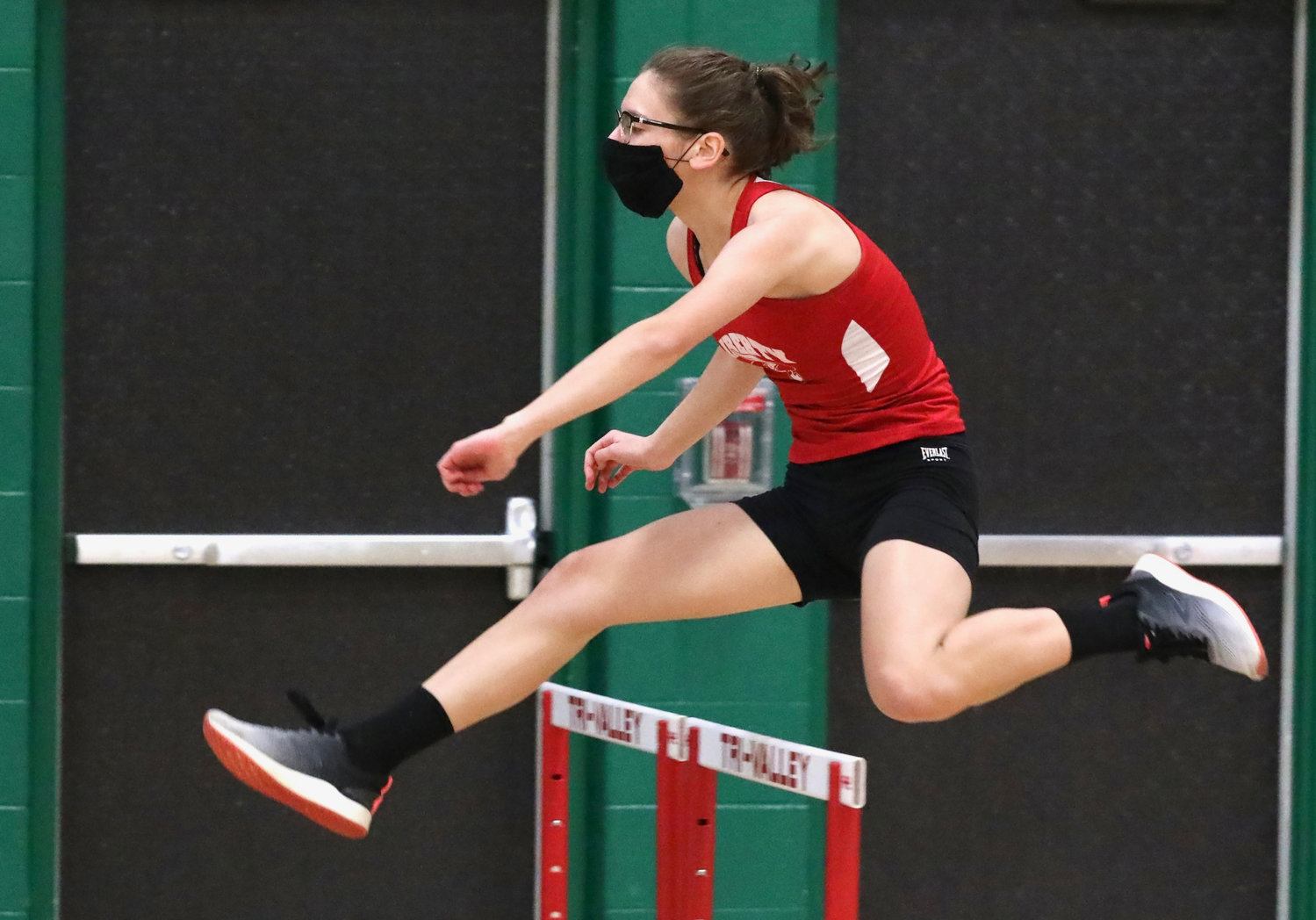 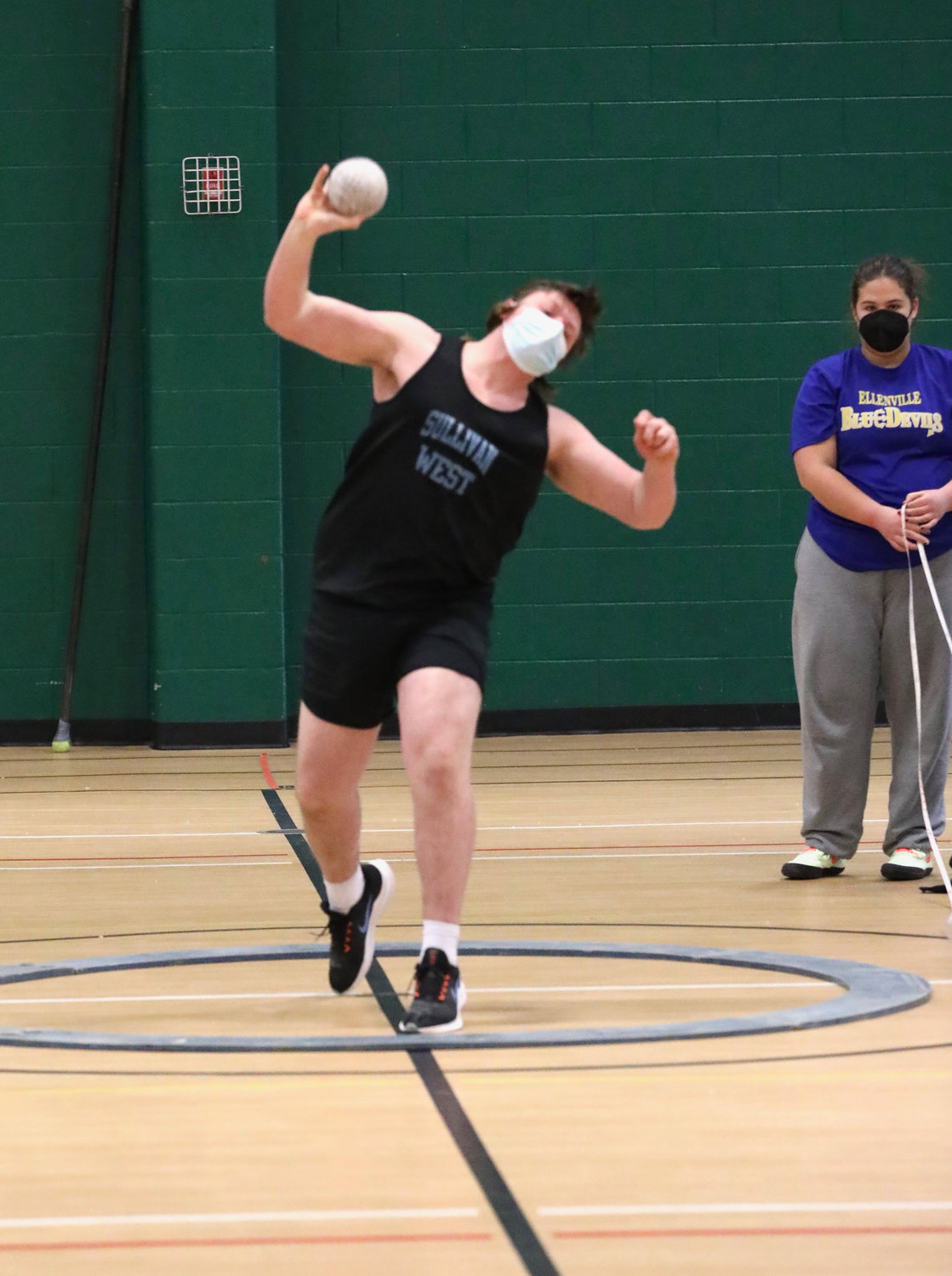 Sullivan West’s Dillian Hanslmaier gets set for a mighty heave of the shot put.
Richard A. Ross | Democrat
Previous Next
Posted Tuesday, January 18, 2022 6:20 am
Richard A. Ross

LOCH SHELDRAKE- Baby it’s cold outside and that’s no understatement. After a relatively mild December, winter slammed into Sullivan County with a vengeance as arctic temperatures dipped into the single digits. But inside the confines of the Paul Gerry Fieldhouse at Sullivan County Community College, the competition was smoking hot as usual.

With the sharp report of the gun sending sprinters and hurdlers off on heats for the 55 dash and 55 hurdles, the action began. At the other end of the fieldhouse, the shot put mavens began heaving their weighted spheres trying to marshal greater distances than they did a week ago. As the litany of races proceeded, beginning with the 1600 (boys) run concurrently with the 1500 (girls), on to the 1000, the 300, the 600 and the 4x1 lap and 4x2 lap relays the high jumpers began their quest to clear the bar.

Most impressive this week was Tri-Valley’s Kendall McGregor whose form and flexibility are becoming outstanding. As usual, Tri-Valley’s Adam Furman far outpaced the pack in his events. Furman was impressive at this past weekend’s Freedom Games at Ocean Breeze with his seventh-place time of 9:37.69 in the 3200. (See more results below). Monticello was MIA at this week’s developmental meet at SCCC due to ongoing issues related to COVID-19.

This past weekend at the Ocean Breeze Athletic Center in the Freedom Games, T-V athletes created their own heat with fine finishes in their events. Here is a list of their performances: