The levels of our rivers and streams have remained above the average flow for the past couple of weeks and water temperatures are favorable, in the 60s - exactly the type of September fishing … 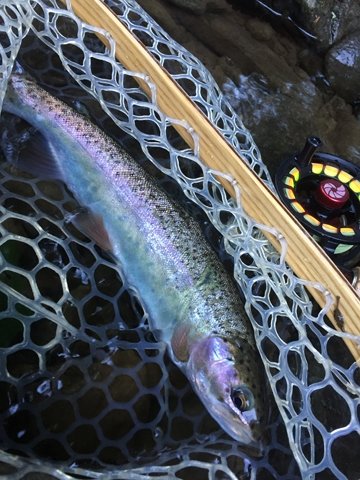 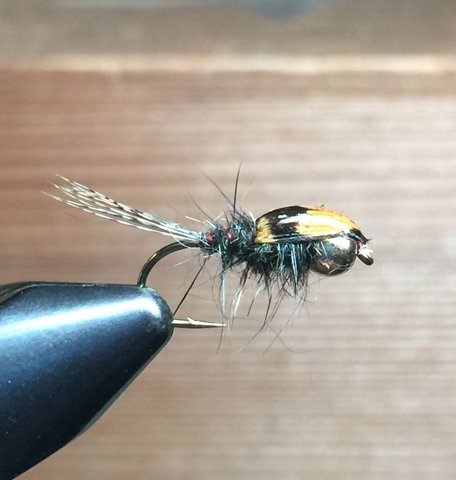 The levels of our rivers and streams have remained above the average flow for the past couple of weeks and water temperatures are favorable, in the 60s - exactly the type of September fishing conditions that fly-fishers dream of during the ‘dog days' of summer when waters are typically low and warm.

On Sunday afternoon, September 13, the Beaverkill at Cooks Falls was flowing at 195 cubic feet per second; the average flow for this date over the past 107 years was 115 cfs. Water temperatures were in the 60s all week dipping down to barely 60 degrees this morning.

A couple of days ago I received an email from a friend and fellow fly-fisher, John Bonasera (nicknamed “Catskill John”). He sent some beautiful photos of nice brown and rainbow trout he caught recently and agreed to share some additional information for readers of Streamside.

John was fishing early in the morning over the weekend and, as his family was visiting, his time on the water was limited - and so he reeled up, ending his fishing trips by 8:30 a.m. both days. Exploring a small tributary of the Delaware, he related that he hooked and landed at least 15 small rainbow trout, from nine to ten inches in length, as well as about 10 brown trout in the same size range.

He sent photos of the larger rainbows - two were 13 inches long, one measured 15 inches and one 16 inches in length. The five bigger browns ranged from 14 to 17 inches; the largest one measuring 20 ¼ inches. Water conditions were excellent, even on the cool side, with the thermometer registering 61 degrees Fahrenheit. He noticed great number of Isonychia shucks on the rocks but didn't see a single mayfly during the four hours he was on the stream (although he admitted “the fishing was so furious I wasn't looking around at the fauna much!”). And after participating in the stream cleanup last weekend he fished the upper Willowemoc and managed to catch and land a handsome 18” brown trout.

The Isonychia is an important mayfly that is especially prolific in the month of September. We have had many successful September fishing dates when these flies are out and about. The Isonychia Bicolor, its ‘proper' name, is unusual, distinguished by having legs that are two different colors. The forelegs are brown and the middle and rear legs light yellow. The wings are a dark dun, almost black, and the long body is reddish brown.

The nymphal stage of this fly is very active (the Isonychia nymph is one of the fastest swimmers of all nymphs) and rather than rising to the surface of the water where the fly emerges, as with most other Mayflies, it swims to the shallow water along the shore and crawls up onto the rocks, and it is there that the fly emerges, leaving the ‘shuck' or case behind. Some appear to hatch during their migration, even before they reach streamside stones and gravel. They are so prolific that it is possible at times to see thousands of nymphs and cases lining the rocks along the shore.

Art Flick, the late Catskill fly-tier and author of the best-selling “Streamside Guide,” stated that the Isonychia is rather difficult to imitate as it is a large fly - not as large as the Green Drake but larger than the March Brown. He created the Dun Variant to imitate the Isonychia and wrote that it is “the most killing pattern” he had ever fished with; and was so confident in its abilities to catch fish when Isonychias were on the water, he declared that he had never known it to fail.

Catskill John said that during the entire time he was on the water last weekend, he was fishing with nymphs: a size #16 generic nymph, weighted, and his own creation, the Catskill Cannonball, tied in a size #12, which he credited for his success in catching so many nice trout in such a short period of time.

The Catskill Cannonball appears in Mike Valla's new book “Favorite Flies for the Catskills,” and it seemed appropriate to print the pattern for this successful fly that John created:

Finish with uv coating over wingcase.