ELDRED –– As the conclusion to the 2021-22 school year draws near, so too does the end of an era for seniors who will be leaving high school and undertaking new ventures. The Eldred … 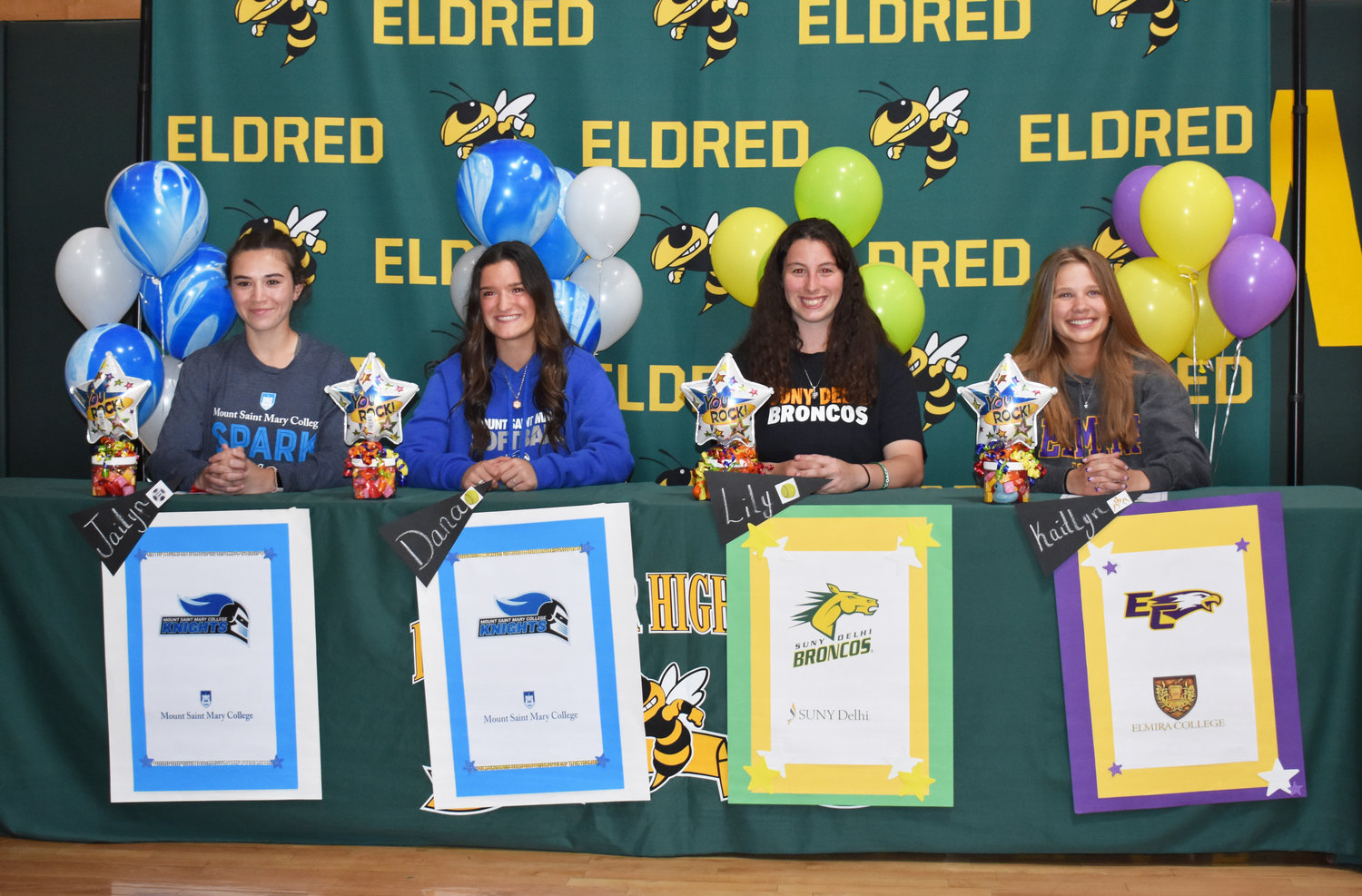 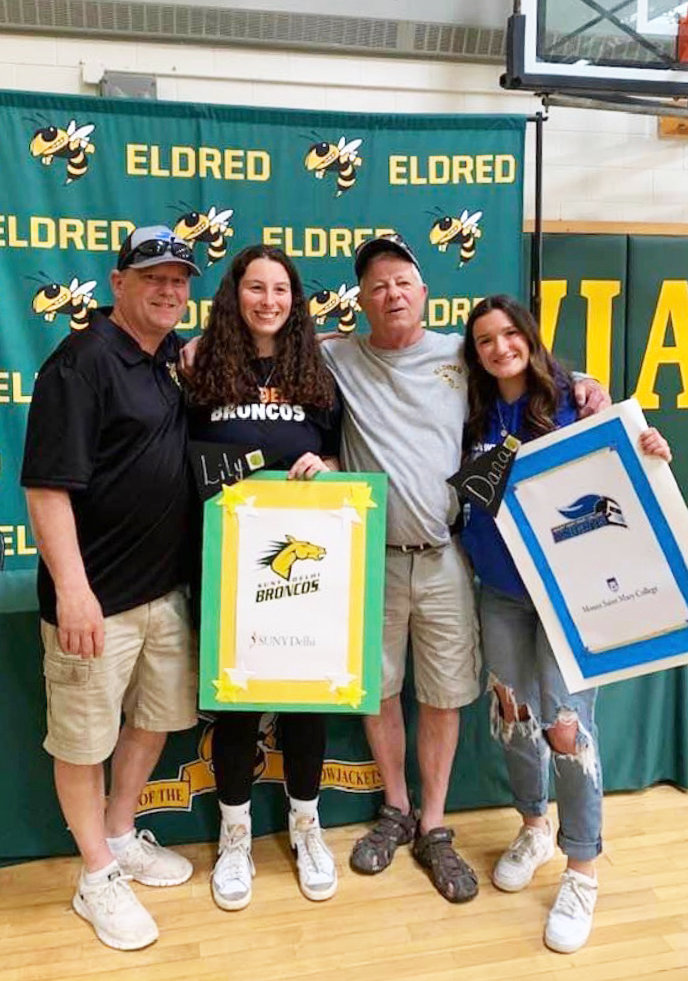 ELDRED –– As the conclusion to the 2021-22 school year draws near, so too does the end of an era for seniors who will be leaving high school and undertaking new ventures. The Eldred senior class is no different, including the four student athletes that signed letters of intent to play at the collegiate level next year.

Jailyn LaBuda, Dana Donnelly, Lily Gonzalez and Kaitlyn Potter were all celebrated last week as they donned their school of choice’s attire and signed the dotted lines. LaBuda and Donnelly are headed to Mount Saint Mary College in Newburgh, for soccer and softball respectively. Gonzalez will be staying with the green and yellow as she ventures off to SUNY Delhi for softball, and Potter is flying off to Elmira to join the Soaring Eagles’ women’s wrestling team.

Jailyn LaBuda chose Mount Saint Mary (MSMC) for their exceptional nursing program and because of how, “Welcoming and beautiful the campus is.”

For Dana Donnelly, who shared a similar sentiment about MSMC’s beauty, will be headed off to Newburgh as an education major. “I really connected with the coach and the team when I visited.”

Lily Gonzalez chose Delhi, in part, due to her previous experience with the coach. “I toured with the coach in January. The team is really nice and Delhi isn’t too far away from home.” Gonzalez is interested in their physical education program as well.

Kaitlyn Potter, who chose Elmira College, is planning to go for criminal justice. When asked why she chose Elmira, Potter said, “There aren’t many colleges that have women’s wrestling teams, and you can tell that they take it seriously and they’re amazing.”