Montis get back to .500 with tourney win over Burke

Montis get back to .500 with tourney win over Burke 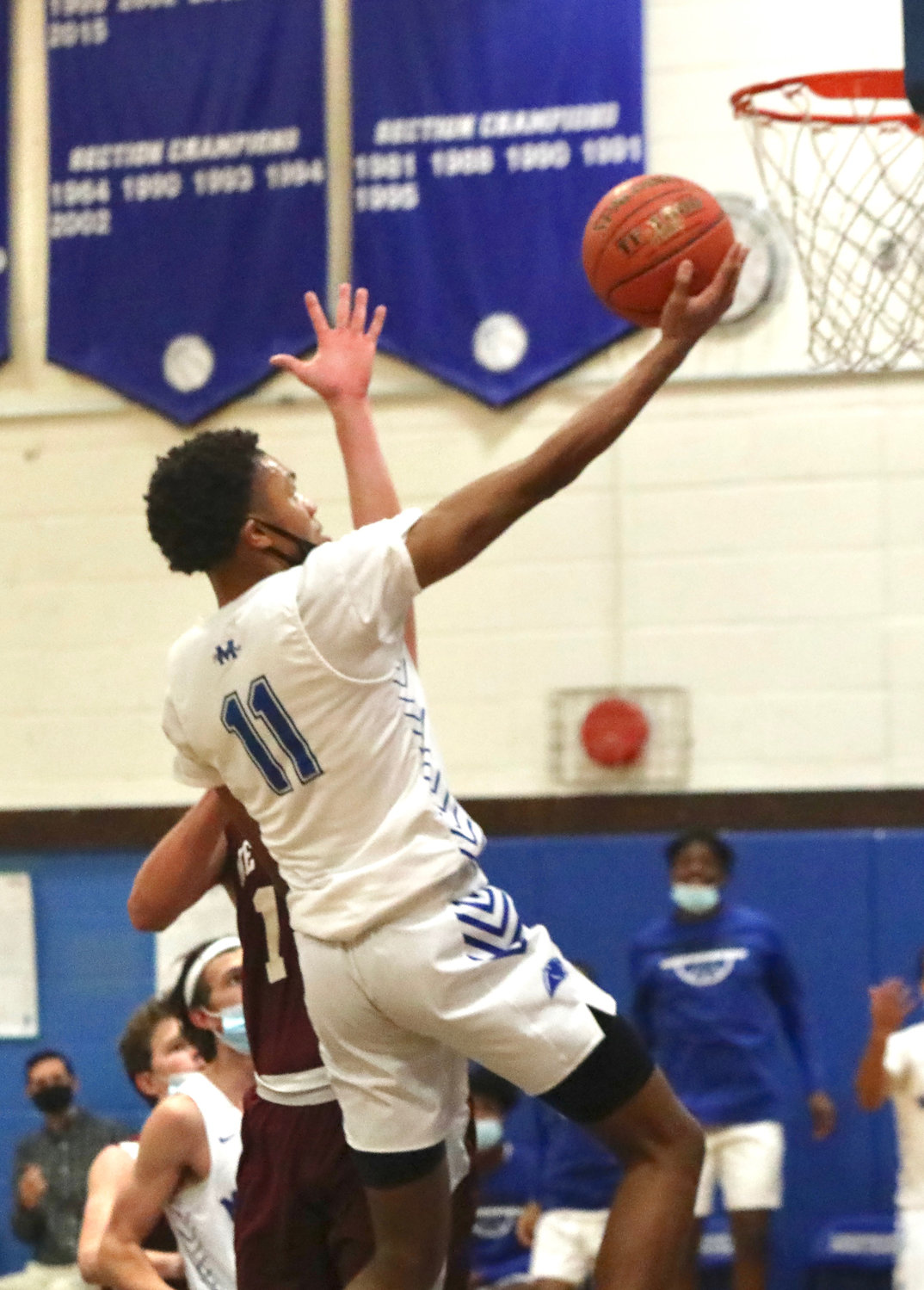 Monticello senior Michael Mingo scored 25 points and registered 11 rebounds in the Panthers’ 62-55 win over Burke in the opening round of the Dick “Coach” O’Neill Jingle Ball Classic Tournament. Mingo Is pictured here scoring in the season opening 80-43 win over New Paltz.
Richard A. Ross | Democrat
Posted Tuesday, December 21, 2021 6:20 am
Richard A. Ross

MONTICELLO - “Jingle bells, Jingle bells, Jingle bells rock,” goes the lilting holiday anthem. And indeed, it was the rock swishing through the cannister, particularly in the fourth quarter as the Montis outscored Burke 22-16 in the final stanza to marshal a much-needed 62-55 win in the opening round of the annual Dick “Coach” O’Neill Jingle Ball Classic tourney. After a rough weekend in the Wallenpaupack Classic Tip-Off tournament wherein the Panthers were swept for the first time in the history of their classes over the years against PA schools, a win over division rival Burke was a relief, though not that easy to come by. Though Burke came in at 1-3, they proved a tough adversary, but the Panthers reached down and survived.

Michael Mingot led the way with 25 points and 11 rebounds. Pedro Rodriguez added 17 and Joe Russo kicked in seven as the Montis improved to 2-2. The win over Burke does not count in the division standings. The teams will play twice more during the regular season. Burke was led by Jack O’Boyle who posted 23. Jake DeMarco and Liam Layng each had 10. Burke led 12-8 after the first quarter and 26-24 at the break.

Monticello had numerous trips to the stripe but only sank 20 of the 40 free throw attempts (50%). Burke was better with 11-for-15 (73%). Undefeated Wallkill (5-0) bested winless Valley Central 65-43 in the opener. The scheduled consolation game between Burke and VC, as well as the championship game which features the battle of the Panthers between Monticello and Wallkill, was postponed until January 8 with the prediction of an impending wintry mix weather alert.

Monticello has a pair of league games this week starting with a trip to Cornwall and then hosting Goshen. An already tough division that includes Port Jervis along with Cornwall, Port Jervis, Goshen and Minisink Valley, now has Beacon and Washingtonville as well so the Panthers will have their work cut out for them. To be sure, Chris Russo will do his utmost to get his team up to the task so expect some epic clashes as the season heats up. If the Montis stay healthy and maintain their eligibility, they have the talent to figure strongly into the Class A mix. It was certainly comforting to see the team bounce back from those two losses last weekend.