Yet another loss to Deposit/Hancock ends Eldred's fine season

ENDICOTT – Physics and softball? So how do they relate, pray tell?

Yet another loss to Deposit/Hancock ends Eldred's fine season 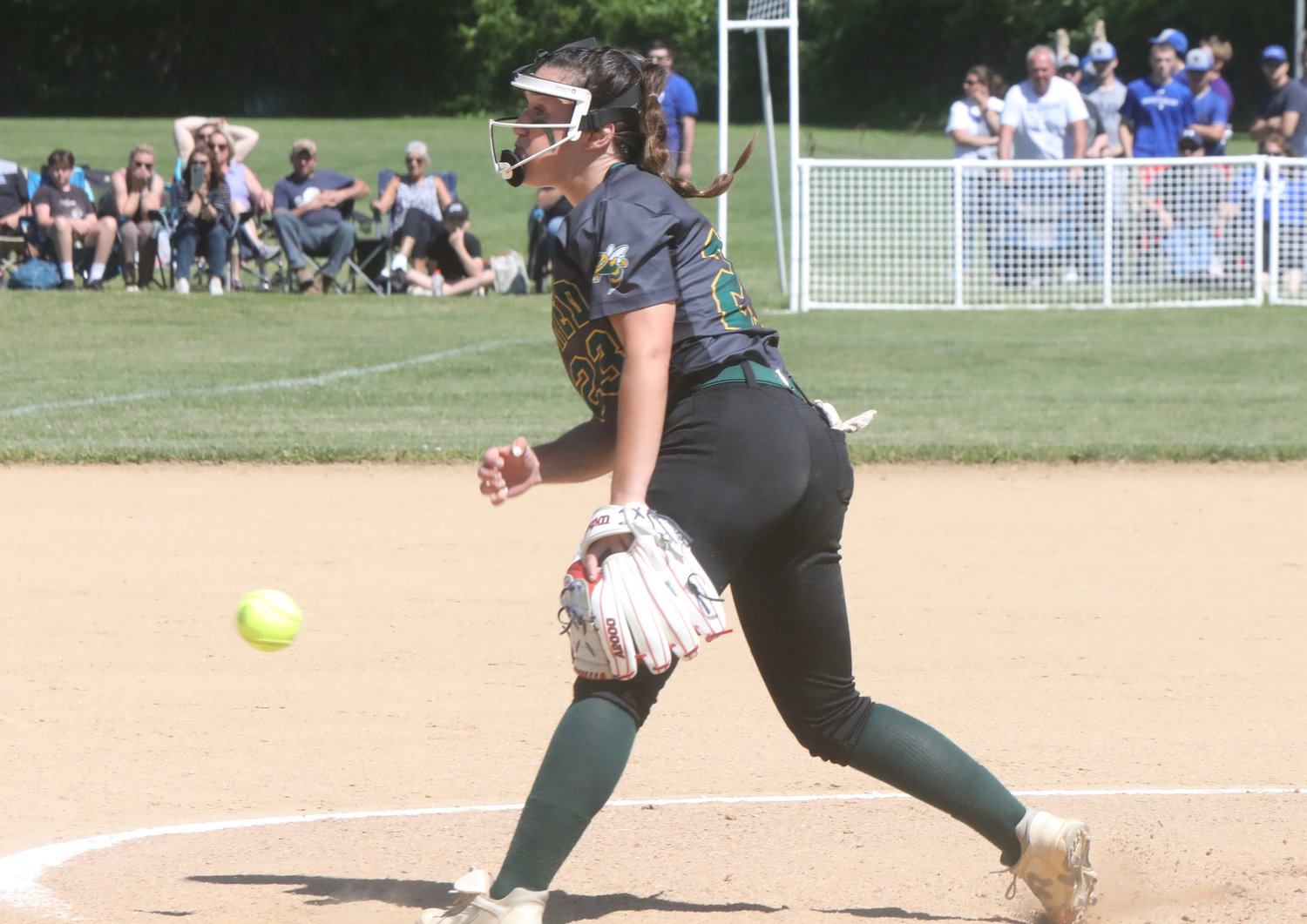 Eldred senior hurler Dana Donnelly fires away in her last game of her high school career, a 12-4 regional loss to perennial powerhouse Deposit/Hancock. Donnelly’s efforts were undercut by eight Eldred errors and the potent hitting power of the Lady Eagles. Donnelly’s two strike out tally was far below her usual commanding degree of overpowering hitters. D-H presented a hard-hitting line up. Donnelly moves on to travel ball with Pro Prospects and then to a career at the next level at Mount St. Mary.
Richard A. Ross | Democrat 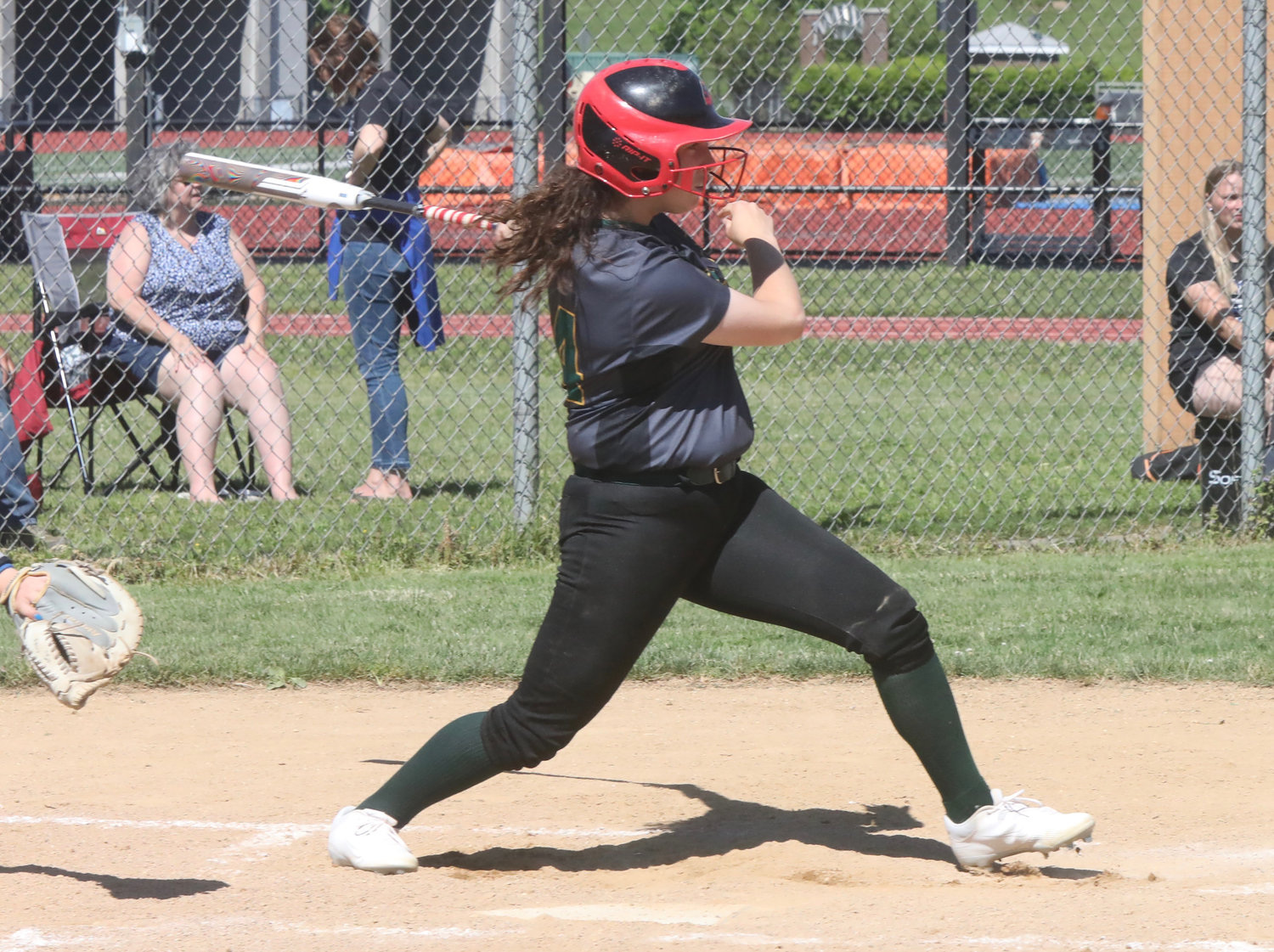 That familiar powerful swing by Eldred senior catcher Lily Gonzalez has been the stuff of nightmares for opponents all season long. She went two-for three and drove in two runs in Eldred’s losing effort. Now it’s on to travel ball and then to SUNY Delhi to continue her storied career.
Richard A. Ross | Democrat
Previous Next
Posted Tuesday, June 7, 2022 6:40 am
Richard A. Ross

ENDICOTT – Physics and softball? So how do they relate, pray tell?

While Albert Einstein’s theory of relativity is a cornerstone of physics and astronomy that explains the laws of gravitation and its effects to other forces of nature, in the context of sports, (as well as other of life’s endeavors), the notion of things being relative to one another also comes into play. Case in point: Eldred’s dynamic Section IX string of softball championships, as related to its unfortunate unbroken streak of regional defeats to the Deposit/Hancock Eagles.

This year’s 12-4 loss reinforced that comparative dynamic yet again. As nearly every team comes to understand, you can be excellent in your own realm, but find yourself overmatched at the next level by a team that is markedly superior. Once again, Deposit/Hancock proved that maxim. It was a hard lesson, particularly for Eldred Yellowjacket veteran pitcher Dana Donnelly and superstar catcher/slugger Lily Gonzalez as well as outgoing coach Rick Whitney. The defeat was a sad coda to their final attempt to get over the hump and dethrone the four-time state champion.

For the younger Yellowjackets, it was a textbook lesson in what success at this level requires. Putting the 12-4 defeat in perspective though, Eldred’s seven-year run atop of Section IX cannot be tarnished by these regional losses. Locally, Eldred has reigned supreme throughout the years of changing personnel and the mentorship of former Coach Ryan Jasper and his successor Whitney, ably assisted by Mike Donnelly and former Eldred standout Alaina Gaughan. Fact: the Eagles are just a cut above. To upend a team of this caliber, you have to literally play a perfect game, something Eldred failed to do by a significant margin. Making eight errors and striking out 14 times against junior hurler Kaitlyn McCumber was not going to abet the aspired climb to success. The Eagles’ lineup has no soft spots in it. According to their coach Dan Briggs, they play softball ten months out of the year and never stop working on the fine points that have brought them four state championships in five years. Here’s how it all played out:

Eldred scored a run in the top of the first as Brynn Greenfield worked out a walk against McCumber, advanced on a passed ball, went to third on a Donnelly ground out to second and scored on another passed ball. Eldred got out of a first inning challenge by D-H after Riley Martin’s double put Lady Eagles on second and third following a single by Pagen McCumber. Donnelly induced a pop out to Gonzalez and a fly out to Greenfield to hold the 1-0 lead. McCumber settled in and recorded her first two strikeouts in the second as Eldred went in order.

Then, in the bottom of the second, things went off the rails. Rylee Smith doubled to deep left, moved to third on a passed ball and scored on an E-5. Back-to-back singles and another E-5 added two more runs. First baseman Zoe Griffith knocked in the final run but was tagged out at the plate trying to stretch her double into extra bases. D-H now led 4-1. Donnelly was stranded at third after her lone single and stolen bases failed to close the scoring gap.

Yet another Eldred error paved the way for a two-run third inning for the reigning champs. Eldred seemed to have forgotten some of the basics hammered home in practice by their coaching staff, including hitting the cut off man on outfield hits and making those necessary fielding plays to stop the bleeding.

When the smoke cleared, it was now 6-1 as an all-too-familiar script was beginning to appear on the page. Things looked promising in the top of the fourth after lead singles by Lily Gonzalez and Lindsay Zgrodek put runners on first and second with no outs. Then, McCumber fanned the next three batters to put up a goose egg. The Lady Eagles added another run in the bottom of the stanza. Kaitlyn McCumber’s leadoff double and a passed ball put her at third. Riley Martin drove her in on an Eldred error at short. The Lady Yellowjackets had another error in the inning at the hot corner but staved off any further scoring in the inning.

D-H held a 7-1 lead as Eldred came to bat in the top of the fifth. This was Eldred’s best chance to get back in the game. Jada Reed led off with a single and Greenfield was hit by a pitch. Donnelly had an RBI single and Molly McKerrell walked to load the bases with no outs. Slugger Lily Gonzalez hit a two-strike, two-run single but McCumber got out of the inning via a ground out, strike out and a fly out to center.

Eldred had closed the gap to 7-4 but the relentless Lady Eagles got two more runs in the bottom of the fifth. With two outs and no one on, McCumber hit a double and scored on a passed ball. Martin singled and Zoe Griffith did the same knocking in the second run to make it 9-4. Eldred came up empty in the top of the sixth and D-H added insult to injury with an extra three runs in the bottom of the inning to make it 12-4. D-H closer Rylee Smith came on to ice the win. After hitting Donnelly with a pitch, she struck out the next two batters and had an easy put out to first to cement the win.

Eldred coach Whitney was matter of fact about the loss. “You can’t win games this way,” referencing the miscues and failures at the plate to sustain any momentum.

Eldred finished its season at 12-3. Deposit/Hancock moved on to the Final Four in Long Island with a 15-6 record. Those losses all came against bigger schools including Victor, Greene, Chenango Valley and Corning. Two more wins will garner a fifth state title, four under coach Dan Briggs who was an assistant in 2015, the first year Deposit won, then as a sole entity before joining forces with Hancock. For Donnelly and Lily Gonzalez, it’s on to travel ball with Pro Prospects before embarking on their respective softball college careers at Mount Saint Mary and Delhi.

This was the swan song for Coach Rick Whitney, who has done an outstanding job at the helm. Eldred’s young stars will look to carry on the winning tradition with a new coach next spring. 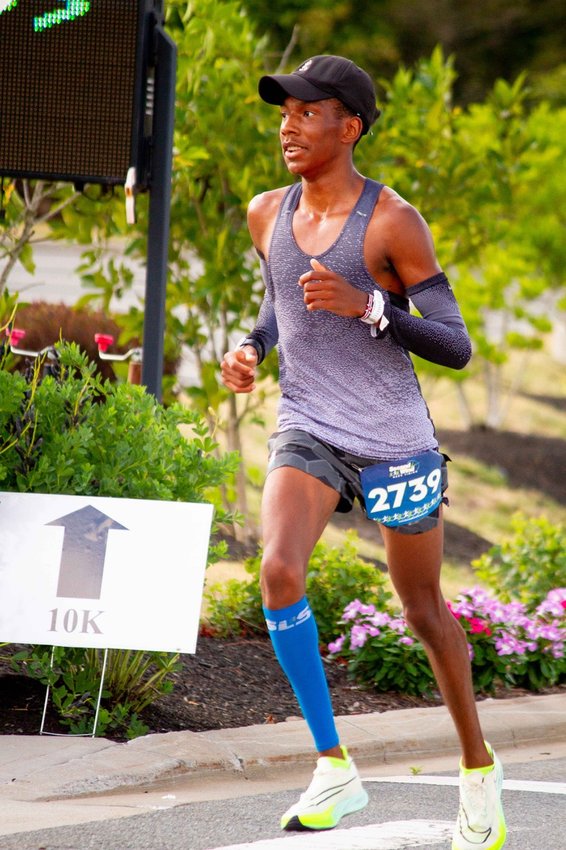 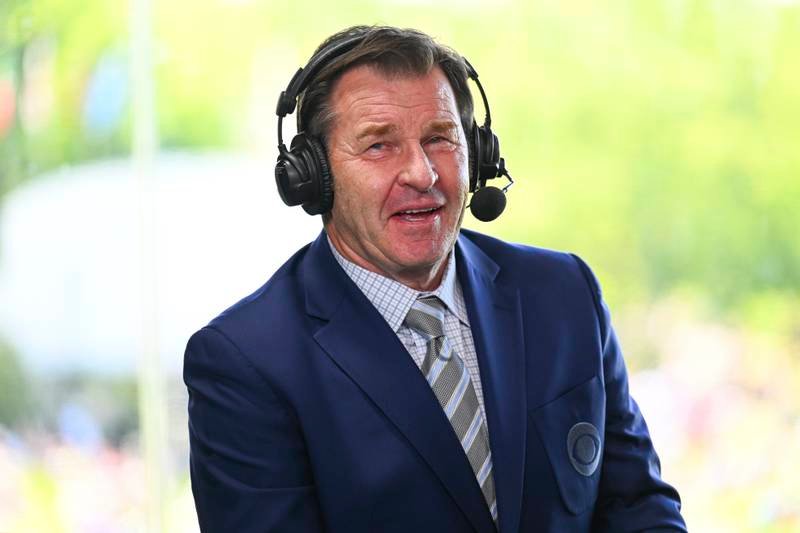