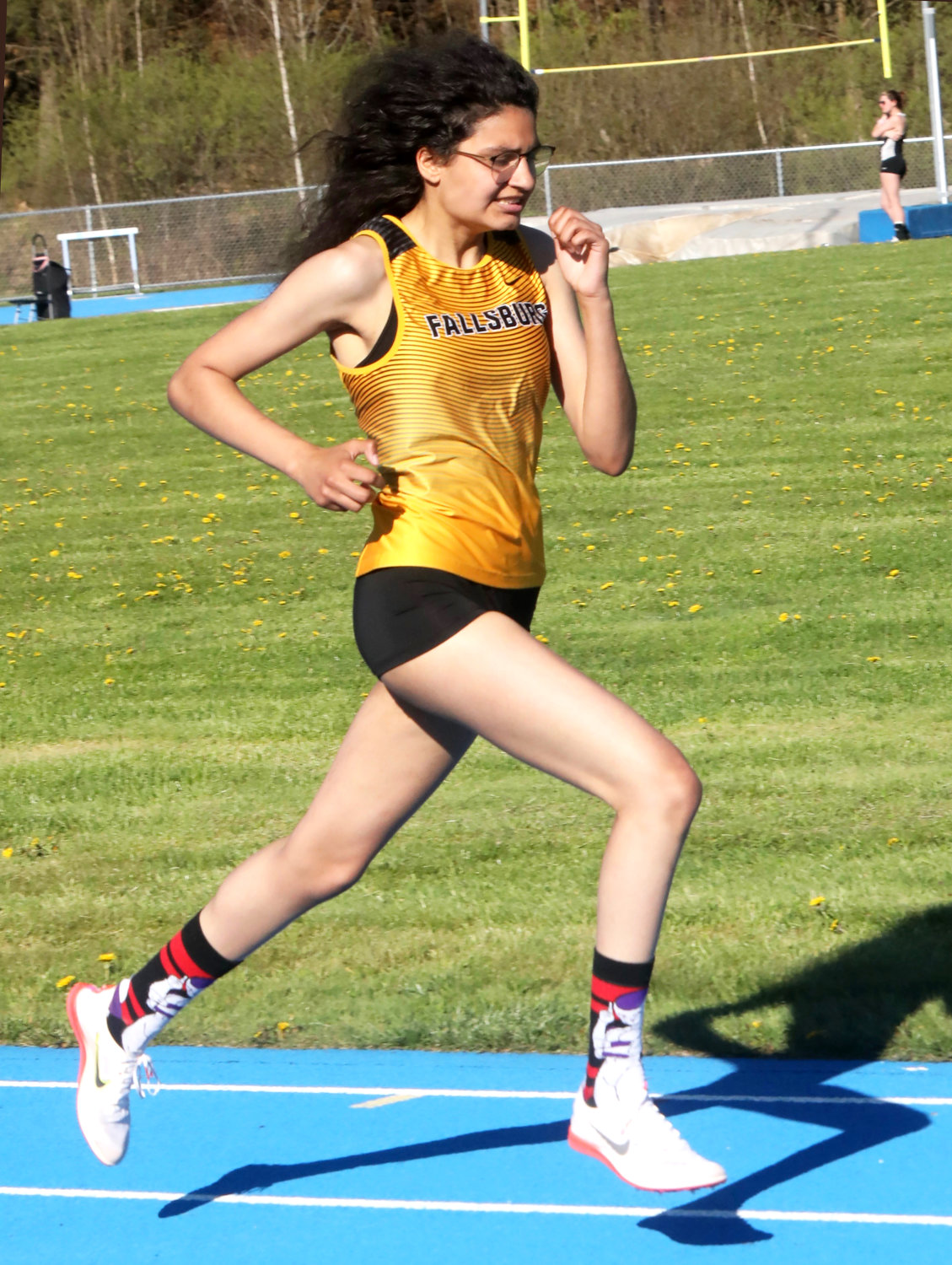 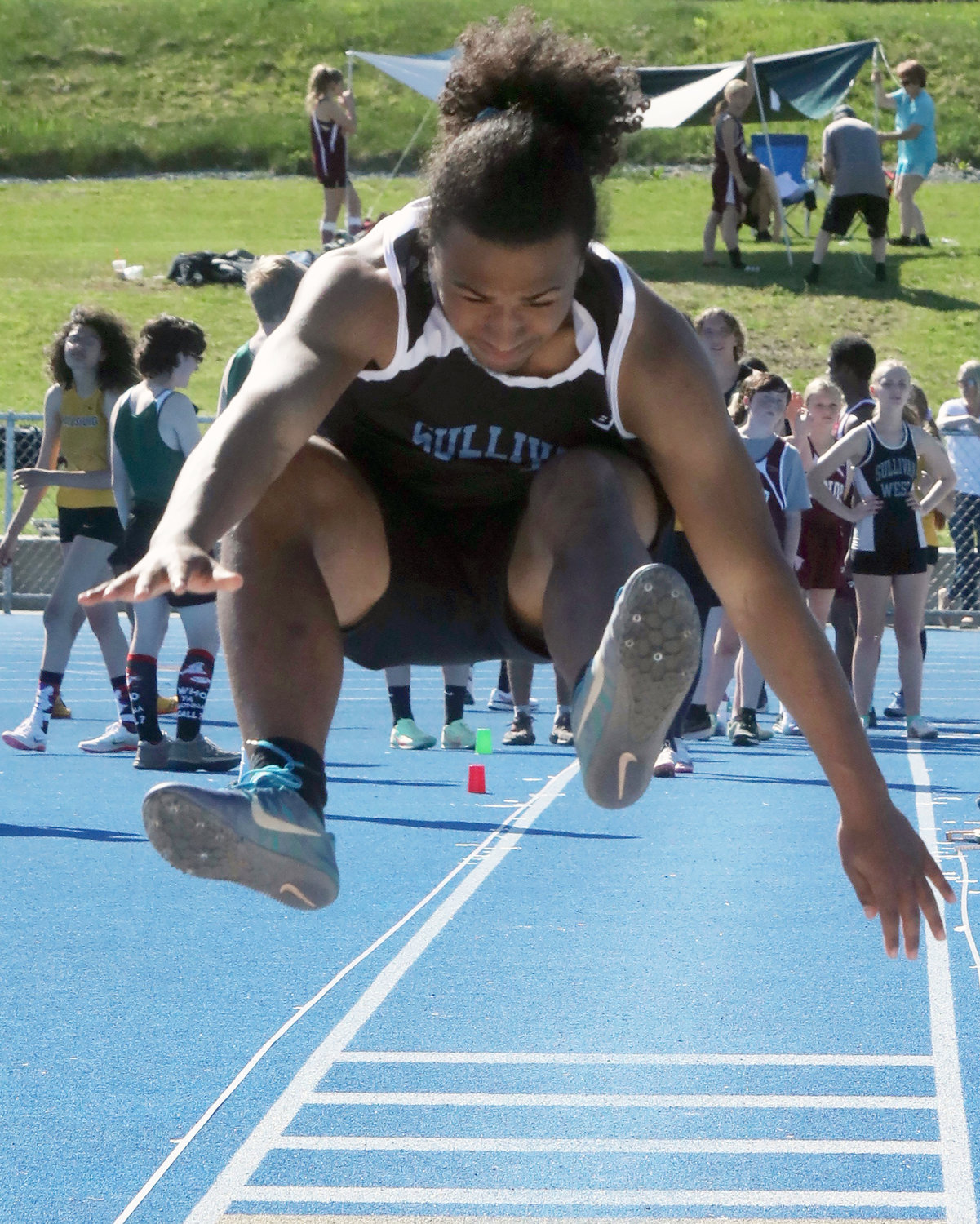 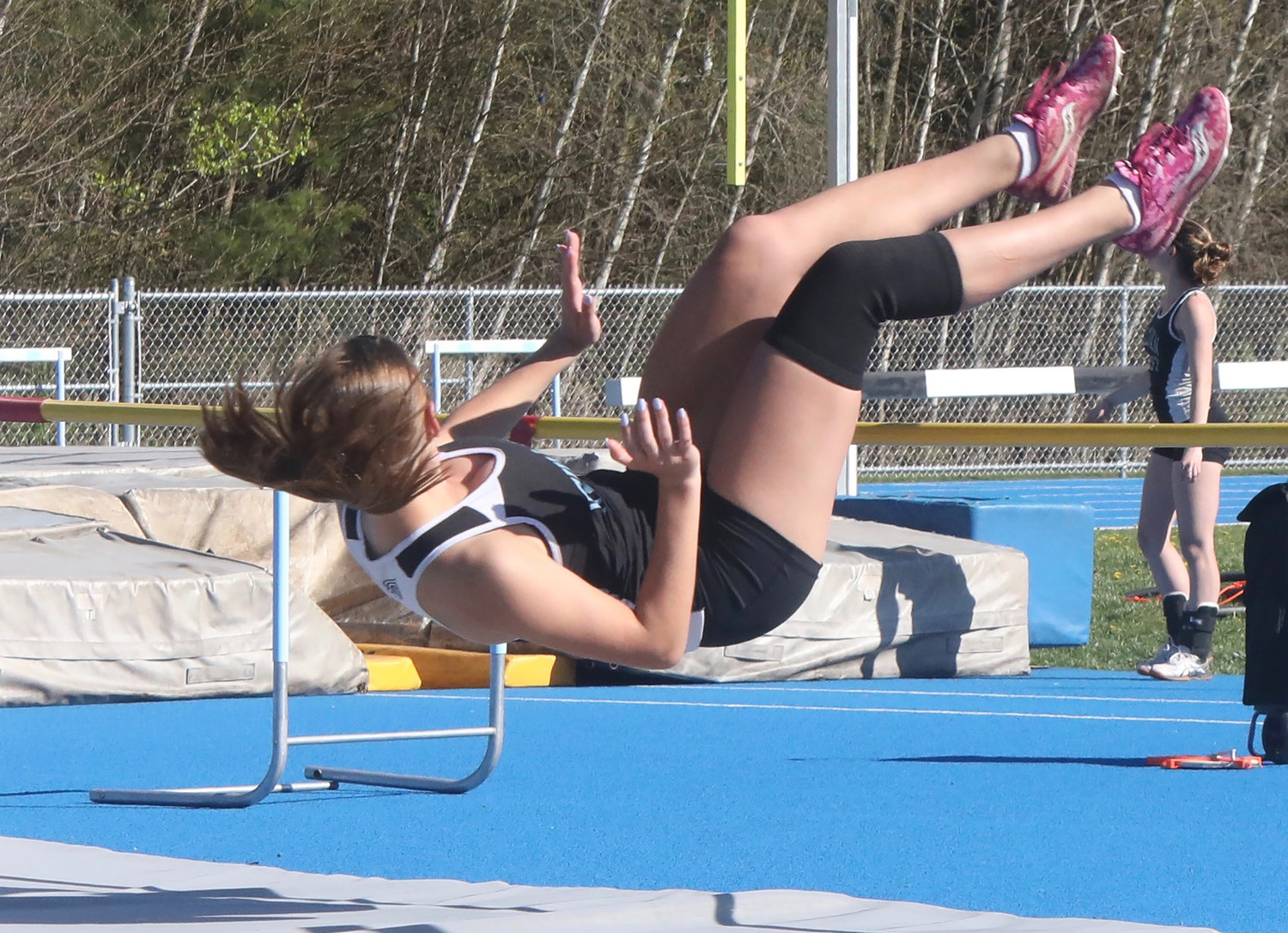 Sullivan West senior Paige Parucki won the high jump. She also prevailed in the triple jump and ran a leg in the winning 4x100 relay.
Richard A. Ross | Democrat 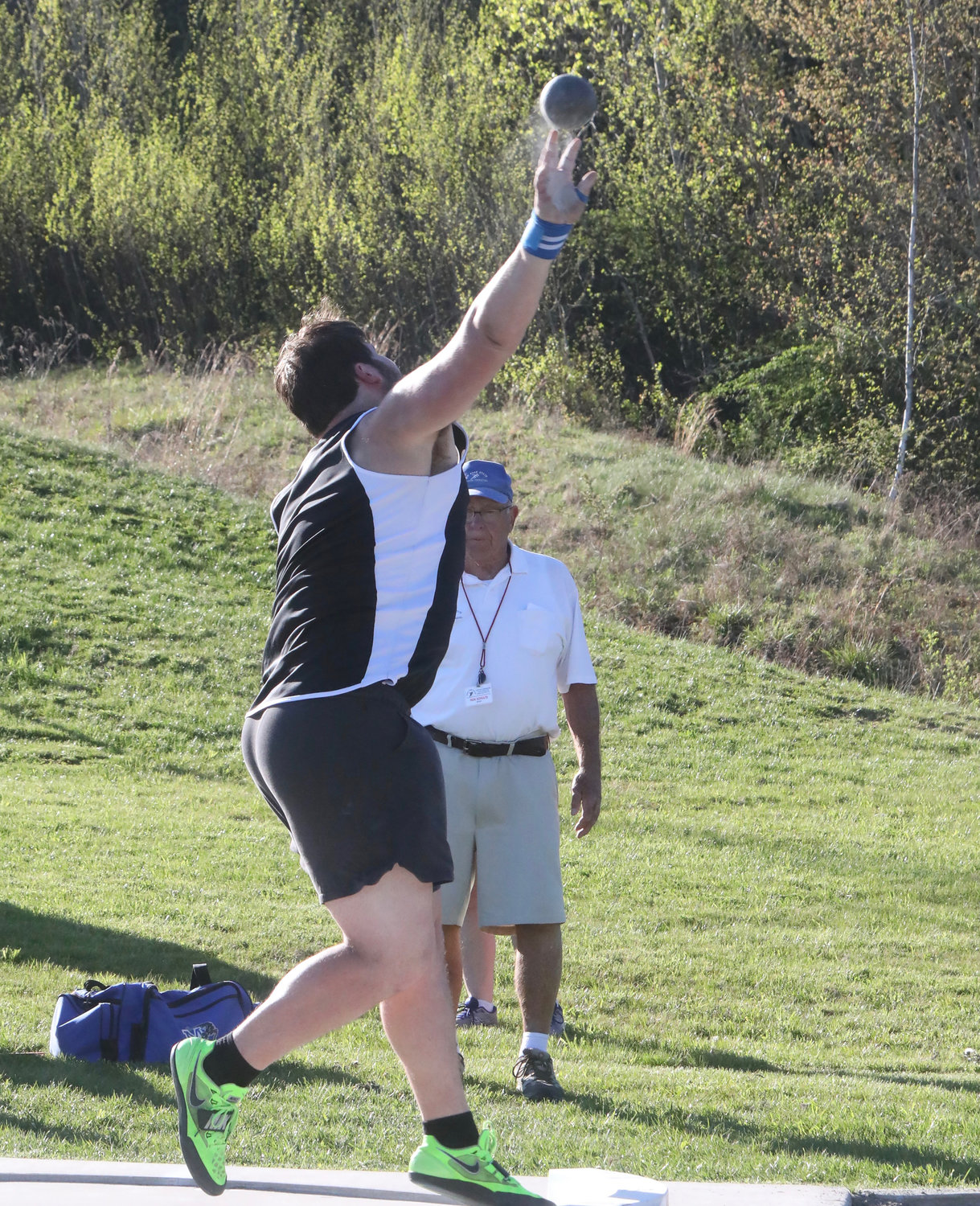 Sullivan West’s Chris Campanelli sets a personal best in the shot put. He is chasing Alan Ackerman’s school record and has nearly reached it.
Richard A. Ross | Democrat

When winter extends its cold and damp reaches far into the spring as it did this year, the belated advent of the Sun and warmth seem that much more welcoming. So it was as the Sullivan West Bulldogs energetic track team took to their lovely, blue track for their final home meet of the year. For the seniors, many of whom have spent years with working on their running, jumping or throwing exploits, this meet was a reminder that the end of the season is drawing near. Prior to the meet they were recognized and posed with loved ones and flowers for photos that they will look back on with fond remembrances.

Only the OCIAA and sectional meets remain for most of the brigade. A few will make it to the state qualifier meet and a couple of the elite will move on to Syracuse on June 10-11 to compete in the NYSPHSAA track and field championships.

Joining the Bulldogs on this epic spring (at last) day were athletes form Eldred, Fallsburg and Livingston Manor. The Sullivan West boys prevailed against all three but the Fallsburg girls eked out a win over a rapidly improving and growing Sullivan West squad.

Looking back to indoor track, the prospects for SW track and field looked rather bleak. Fewer numbers and a general malaise did not augur the kind of energetic spring showing. Thanks to the efforts of girls track coach Skylar Musa and boys coach Steve Rogers, kids came out in numbers for the sport and the results have been impressive.

Musa mentored her Lady Bulldogs to a Division title this season. They will vie for the Section IX Class D title later this month. While the level of competition in this meet fell short of the recent epic clashes with Tri-Valley and larger schools at the invitational, down at the throwing venue, things were stirring with interest as Chris Campanelli continued his efforts to break the school shot put record of 50-10 set by Alan Ackermann in his fourth-place finish at states in 2007. Campanelli threw a PR of 49-5 ¾.

Speaking of throwers and school records, one would be remiss not to mention senior Kathryn Widmann who broke the school record in the shot put this spring with a heave of 36-2. She is also chasing Autumn Thiele’s school discus record of 96-11. Widmann posted a PR throw of 94-1 with her first-place finish at the Tri-Valley Invitational. She won both events easily at this meet.

Grace Boyd is peaking also, as she anticipates a run at the steeplechase. She broke the school record in the Tri-Valley Invitational with a time 7:56.50. She won the, 200, 400 Intermediate hurdles and ran a leg in the winning 4x100 relay along with Sam Everett, Paige and Abby Parucki. Paige Parucki prevailed in the long and triple jump. SW’s Danny Shami won the boys triple jump and Tarrell Spencer captured the long jump.   Fallsburg’s boys won all three relays and took two of the three girls relays. Lady Comet Gisella King had an epic day. She won the long jump, 400, and ran a leg in the victorious 4x400 relay. SW’s Dylan Sager won the pole vault and the 800, while Fallsburg’s Jefferson Gallo took first in the 400 Intermediate hurdles and ran legs in the winning 4x400 and 4x800 relays.