Liberty fell at home to visiting Highland, 32-6, on Saturday. 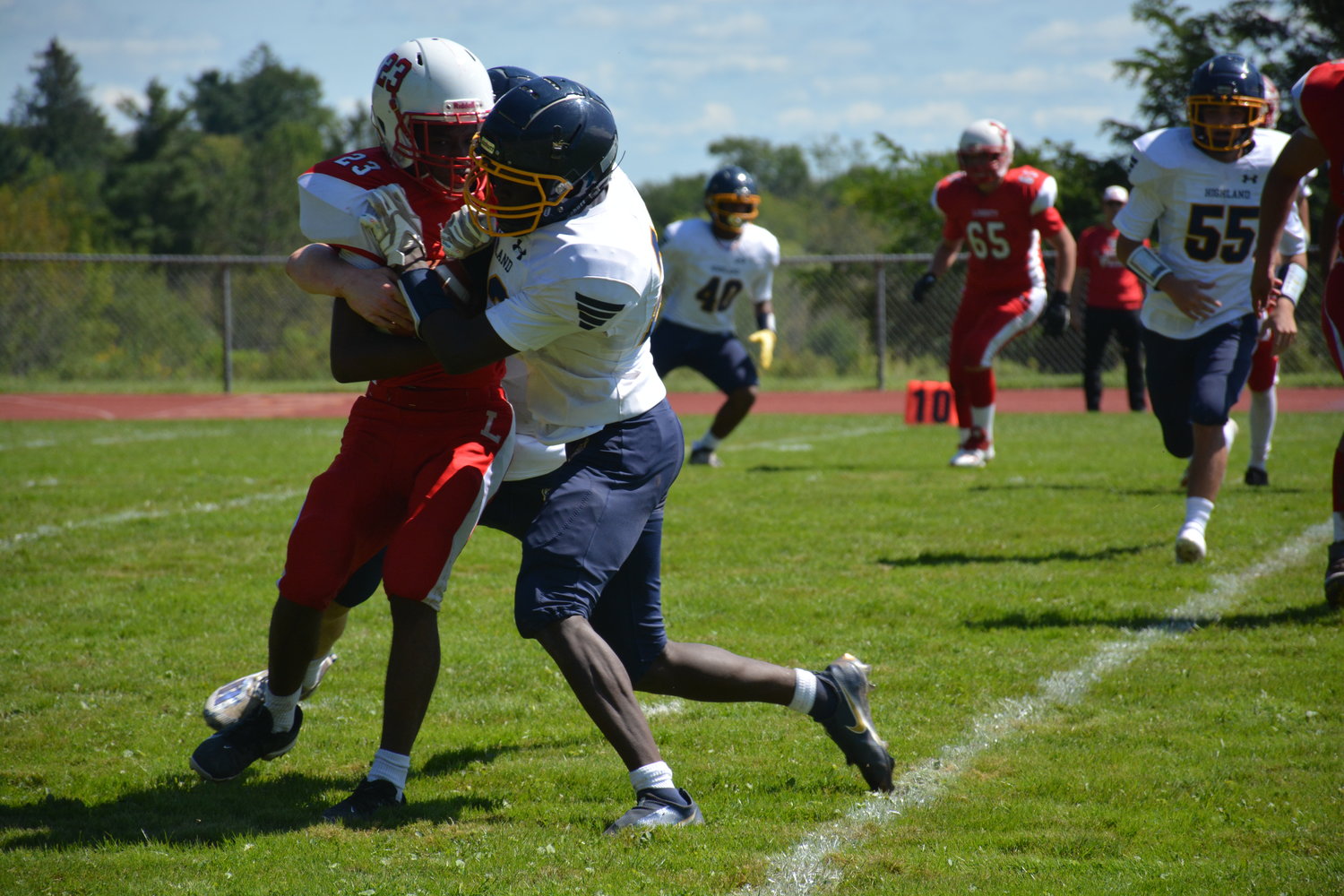 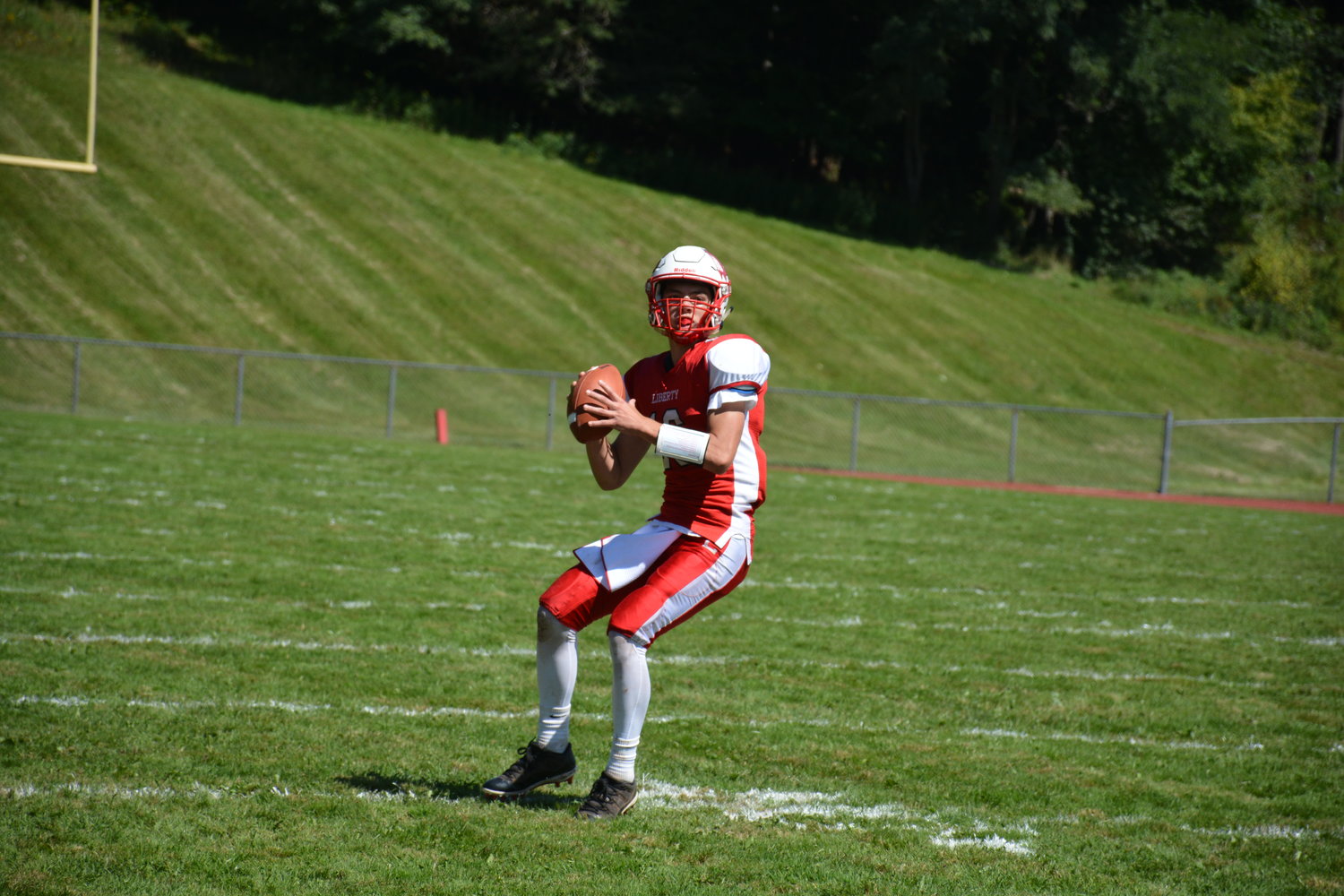 Liberty's Tanner Bury rolls out to pass. He connected on a 25-yard TD pass to Pharaoh Bolden in Saturday's loss to Highland.
Joseph Abraham | Democrat
Previous Next
Posted Monday, September 6, 2021 4:33 am

A loss is tough but there were a lot of positives that came out of the game and the coaching staff is proud of the guys.”
Liberty Football Coach Adam Lake
By Joseph Abraham

LIBERTY – The Indians (0-1) hosted the Highland Huskies on Saturday. Down a few players and limited on experience, Liberty had a difficult time in their season opener, falling 32-6.

Both teams struggled offensively for most of the opening quarter, but a 25-yard touchdown pass from Tanner Bury to Pharaoh Bolden, which was setup by a fumble recovery by the Indians’ defense a few plays prior, gave the home team a 6-0 advantage.

The Highland defense made a big play in the second quarter, stripping Bury on a pass attempt and returning in for a touchdown. The Huskies had a 50-yard TD run and a punt return for yet another score to take a 19-6 lead at halftime. Highland tacked on two more touchdowns in the second 24 minutes of play, to earn the 26-point victory.

“Week one we were a little rough around the edges, which we sort of expected,” said Liberty Coach Adam Lake. “We’re a very young team and it showed. We had some good moments - like the connection between Tanner and Pharaoh in the first quarter - and also had some penalties which stalled a few drives. The guys got tired and we have to rev up our conditioning [this week]. A loss is tough but there were a lot of positives that came out of the game and the coaching staff is proud of the guys.”

Liberty is home again this Saturday, as they host Port Jervis at 1:30 p.m. The Raiders also had a rough opening week, as Cornwall handedly defeated them 36-0.