Mark passed away unexpectedly at home on Friday, July 31, 2020. Mark leaves behind a broken hearted family. His mother Joan Ressler of Tucson, AZ, his sister Vikki Lisa Bosley and her son Chance Hym … 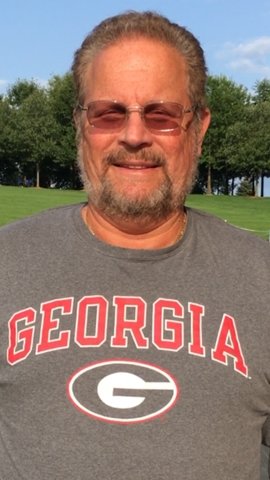 Mark was a happy go lucky, kind soul. He was funny and a big kid at heart, good natured and smart.

Mark will also be missed by many cousins and friends. He grew up with lots of cousins in Livingston Manor and spent fun times at Buddy's/Aunt Ida's pool swimming and jumping on boys/girls trampolines on Pearl Street and across the street Mark enjoyed eating Holiday and Sunday dinners at Gram and Gramps (Belle and Hym Schwartz) with at times 20 relatives eating in their living room. Good ole family fun with delicious food. Mark used to say mmmm love the smell of Gram's cooking as he was walking in the door. He enjoyed all the birthday parties his mother made for both him and his sister. Also had fun teaching Vikki basketball in the driveway as the only hoop on Meadow Street. Had a bunch of cousins and friends hooping it up on many days. Fun times with cousins Wendy and Eric who lived three houses away.

Mark attended Livingston Manor Central School in Livingston Manor, NY. He had 5 cousins in his class Roni, Steve, Mitchell, Peck and Robin. He was on the National Honor Society, on basketball, baseball, cross country and golf teams. In high school basketball was his favorite sport. He was often known as “Earl the Pearl” Monroe (NY Knicks). His cousin Jami cheerleaded for him. His mother and sister remember driving to his games on those icy snowy roads over the mountains on those cold nights, very rarely missing a game. He was a great player, one of the best on the team.

Mark attended Hebrew school at Agudas Achim Synagogue in Livingston Manor and was Bar Mitzvahed there in 1968. In later years, he returned to synagogue attending Yom Kippur Services with his dad (best friend) for many years along with his Aunt Hope who saved Mark/Dad a seat next to her for service.

Mark went to college at the University of Georgia and loved his GA Bulldogs. When he arrived at his dorm he was nicknamed Burt (Burt Bacharach) and Burt followed him forever with his GA friends. Vikki spent many fun times with Mark and his friends Barry, Kenneth/Hairbag (deceased), McGee and others in Athens, GA. After graduating college Mark moved to Atlanta, GA and worked for the OMNI Hotel for many years. Vikki lived with him for a time and they enjoyed that time together going to concerts (Bruce Springsteen favorite), sporting events, etc. and having that close brother/sister relationship.

Mark eventually returned to Sullivan County where he worked as an accountant for thirty two years alongside his father (Norman) at Bachrach, Waschitz & Waschitz of Monticello, NY. They were best friends and usually, if you saw Norman, you would see Mark especially at lunchtime.

Despite Mark's ups/downs with MS he persevered at work and life in general going to concerts in Bethel Woods and NYC etc. Going back to GA Bulldog football games with his former college buddies. He was in a golf league up until two years ago with his golf buddies Doug, Terry, Billy (deceased), Matt and others. Recently he attended a BBQ with them, and they were all looking forward to golfing with him again soon.

Chance developed a close relationship with his Uncle Mark and spoke frequently about sports, work and everyday life.

Our family thanks you for all the kind phone calls, words and thoughtful cards.

Donations in Mark's name can be made to the National MS Society by visiting www.nationalmssociety.org/Donate.