LOCK SHELDRAKE – New Hope Community is proud to announce the appointment of Robert Dinerstein as Board Chair and Jonathan Schiller, Jay Quaintance and Terry Grafmuller as new Board Members. New … 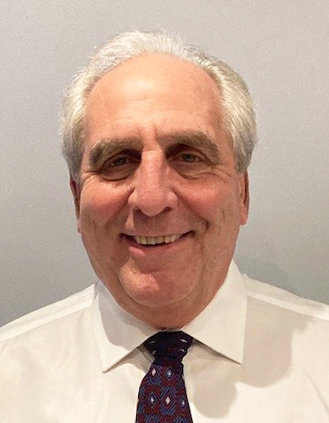 LOCK SHELDRAKE – New Hope Community is proud to announce the appointment of Robert Dinerstein as Board Chair and Jonathan Schiller, Jay Quaintance and Terry Grafmuller as new Board Members. New Hope Community is a not-for-profit organization providing person-centered services and supports for people with intellectual and other developmental disabilities.

Robert Dinerstein, who has been a Board member since 2016, is a professor of law and founder/director of the Disability Rights Law Clinic at the American University Washington College of Law (AUWCL), where he has taught since 1983. Bob has dedicated his career to helping others in our field. In addition to teaching, he serves as co-chair of the disability rights committee of the American Bar Association’s Section of Civil Rights and Social Justice and is the Section’s liaison to the ABA Commission on Disability Rights, on which he was a commissioner from 2018-21. He also sits on the board of directors as President of the Equal Rights Center and is Vice Chair of the New Hope Community Foundation Board.

Bob has worked as an attorney in the U.S. Department of Justice’s Civil Rights Division, Special Litigation Section, where he handled federal court cases advocating for the rights of people with intellectual disabilities. In 1994, he was appointed by President Clinton to serve on the President’s Committee on People with Intellectual Disabilities until 2001. Bob brings his extensive knowledge of how to serve those with intellectual and developmental disabilities to our team.  Bob’s commitment to the human services field goes beyond his professional experience; his sister Andrea is a long-time member of New Hope Community.

“We are excited to welcome such a strong group of new board leadership and I look forward to their diverse expertise and insight each of them brings to our important work at New Hope Community,” said Chief Executive Officer, Debbie McGinness.

Mr. Schiller was appointed as the Chief Executive Officer of Garnet Health Medical Center Catskills in 2017, providing executive leadership for the Harris and Callicoon hospital campuses, as well as health system-wide executive support for the Hospitalist, Intensivist, Psychiatry and Emergency Management services.

Mr. Quaintance joined SUNY Sullivan as Interim President in August 2016, becoming President in 2017. He comes to his current role following nearly 20 years of higher education experience in New York and New Mexico. Prior to joining SUNY System Administration, he served as the Assistant Dean of Academic Affairs at SUNY Schenectady, where he oversaw the college’s retention and enrollment management efforts.

Mr. Grafmuller brings his passion for community, leadership experience, and networking credentials to our board. Terry began his career in January 1973 in the US Air Force and in 1978 began his 15-year career at IBM. He joined Sullivan Arc in January 1996 as Assistant Production Manager in their sheltered workshop. Shortly thereafter, Terry was promoted to Director of Vocational Business Operations, a position he held until he retired from ARC of Greater Hudson Valley (formerly Sullivan Arc) in August 2021.