LAKE HUNTINGTON – “The best teams have chemistry. They communicate with each other, and they sacrifice personal glory for the common goal.” 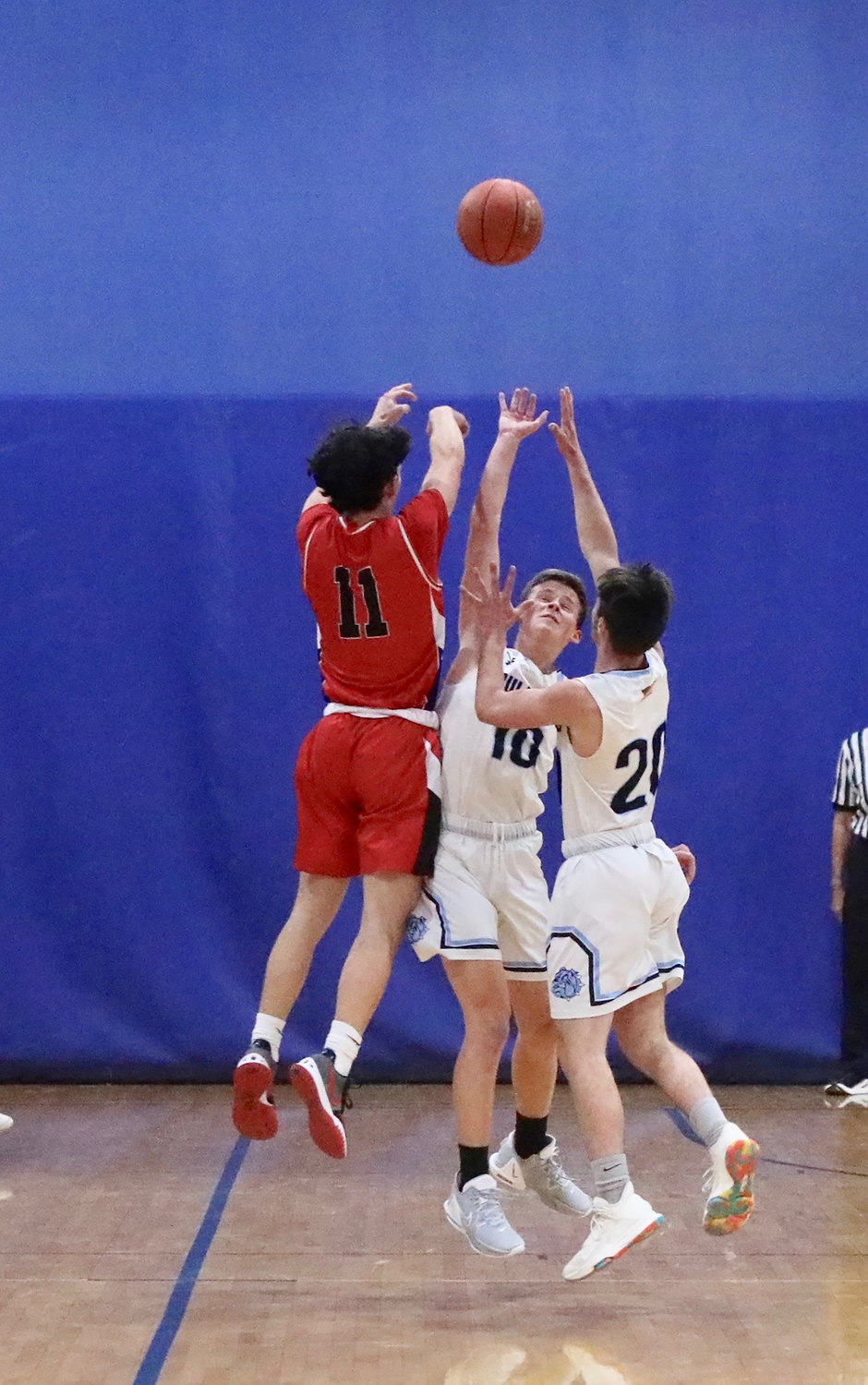 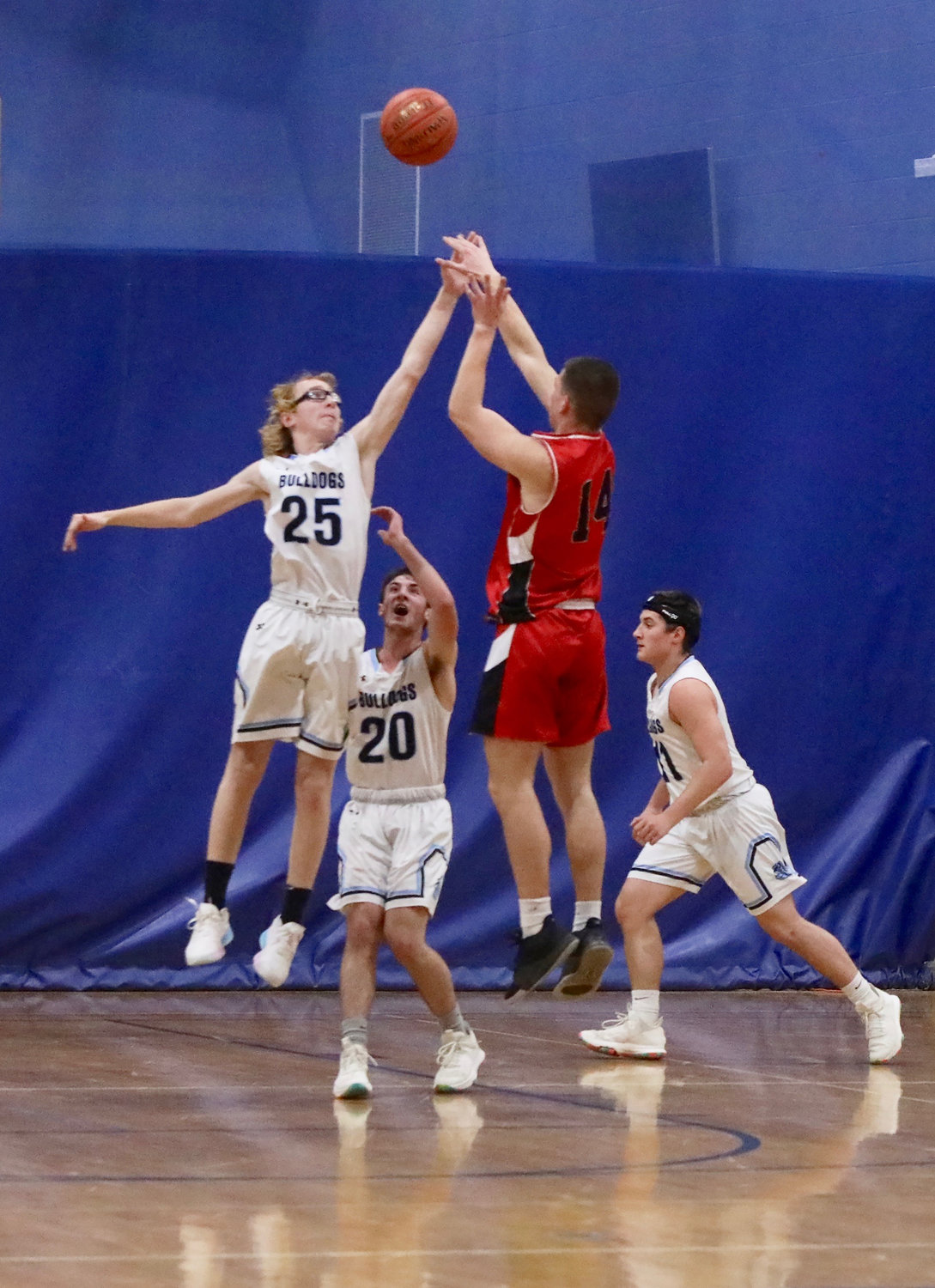 Sullivan West’s Adam Ernst goes aloft to contest a shot by Liberty’s Colin Flynn but fouls him in the process.
Richard A. Ross | Democrat 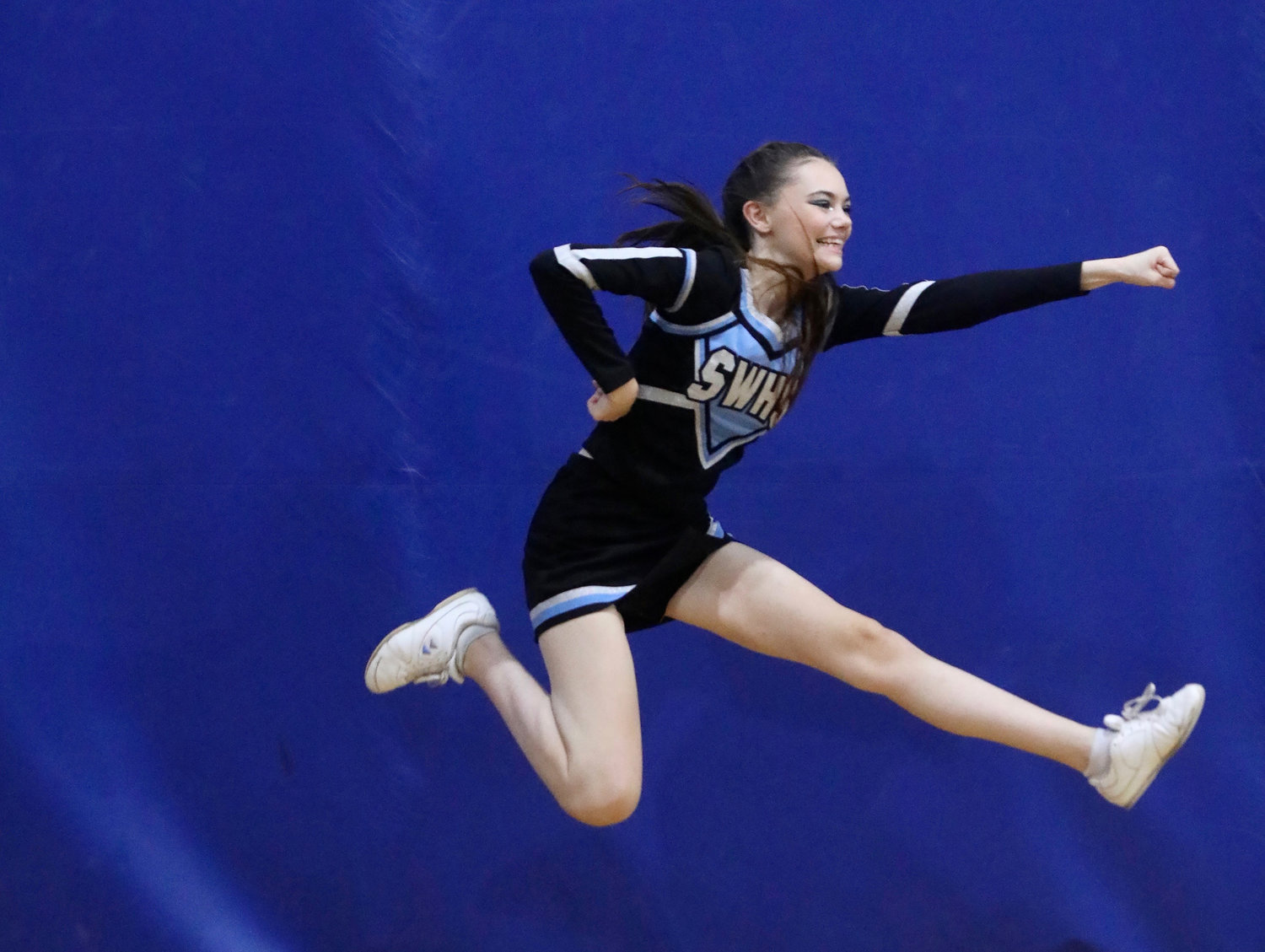 LAKE HUNTINGTON – “The best teams have chemistry. They communicate with each other, and they sacrifice personal glory for the common goal.”

That quote from New York Knicks legend Dave DeBusschere offers a template for success, but there are other factors as well. When it comes to winning on the hardwood, size can have an impact on the outcome. That said, teams that lack a size advantage who evince speed, great passing and transition effectiveness can offset that size differential to a great degree. Take for example the 2021 Golden State Warriors were often outsized but managed to win their fourth NBA title. They showed it can be done.

For the 2022-23 Sullivan West boys basketball team, their lack of size is something they will have to work hard to overcome. Clearly, in their non-league fray against Liberty, the differential in size between the smaller Bulldogs and the visiting Indians played a defining role in the 61-29 Liberty win. From start to finish, the Indians were often successful in contesting and blocking shots put up by the smaller Westies. The effect was dramatic. Sullivan West marshaled only one quarter wherein they scored in double digits.

This is just the start of the season and it takes a young team time to master the experience to play the brand of basketball that diminishes another team’s size advantage.

Because of its youth, Sullivan West has a significant learning curve ahead. The Bulldogs’ inexperience manifested in  too many turnovers, errant passes and forced shots. For all of that, Coach Meyer was quick to note his team’s effort, great energy and aggressive play as the game turned out to be quite physical.

Sullivan West had to reckon with the game-exiting injury of top shooter Matt Dubois. Then, Andrew Hubert hit the floor hard as well, though that was later in the game.

This was Liberty’s first outing of the season, whereas the Dawgs were coming off a split decision in the Walton tournament with loss to Walton and a consolation game victory over Stamford-Jefferson.

Liberty (1-0) was led by Tanner Bury’s 16 points. Cody Ricco and Lodyn Garra each added 11. Sullivan West (1-2) got six each from Evan Ebert and Adam Ernst. Jacob Hubert posted five. Liberty led 17-9 after the first quarter and 36-16 at the half. The teams played nearly even in the third quarter as Liberty increased its lead by one. In the fourth quarter Liberty outscored Sullivan West 14-3.

Sullivan West travels to Burke and Liberty hosts Cornwall as each team continues its non-league encounters.