SPACKENKILL – Tri-Valley’s football season has finally drawn to a close. After winning the Section IX 8-man championship against Spackenkill last weekend, the Bears returned to the home … 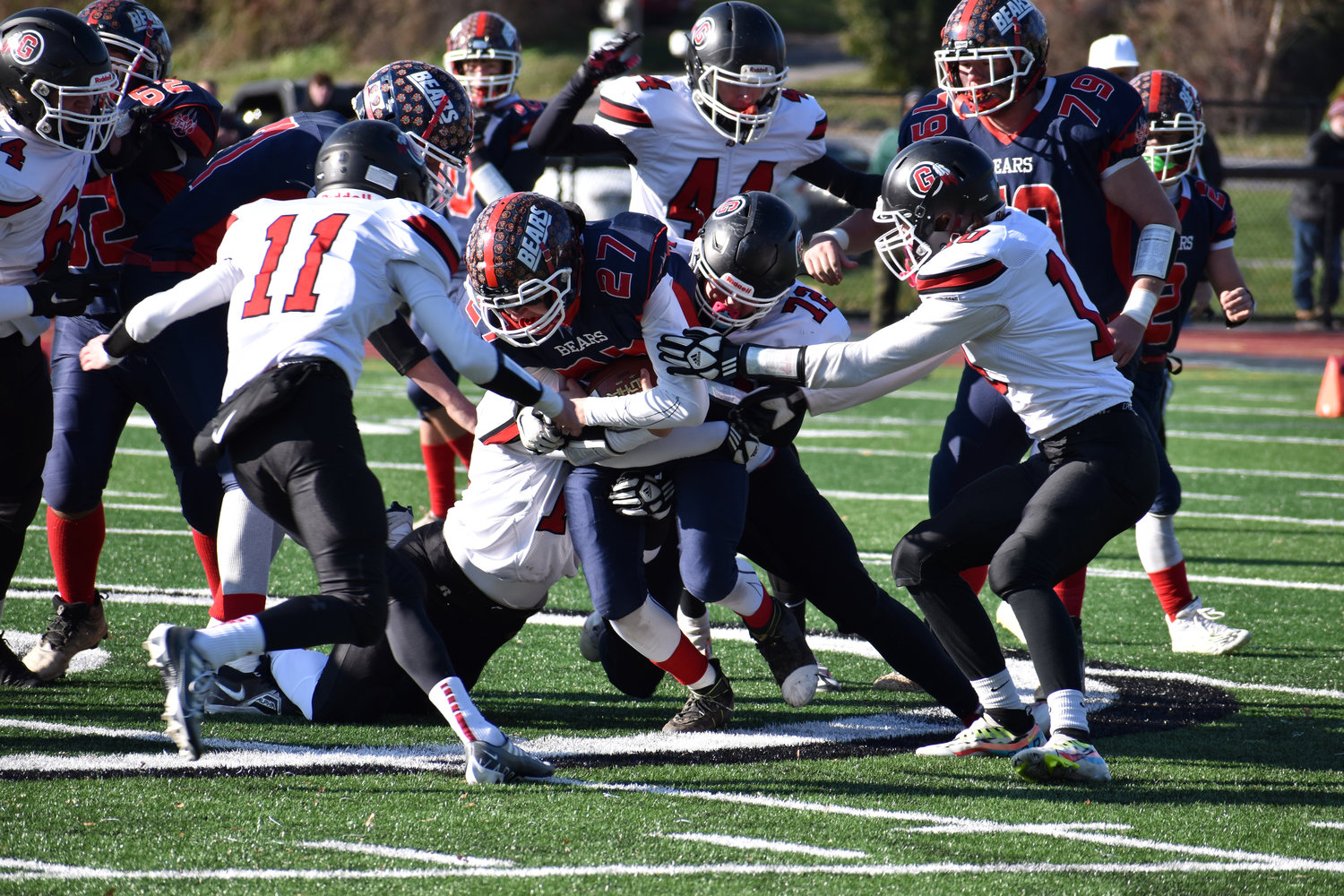 Ian Mullen charges ahead through a stifling Groton defense. The Indians swarmed the Tri-Valley running backs the entire game, and though the Bears struggled to score in the first half, Mullen and the Bears tallied three scores in the second half.
Anthony Morgano | Democrat 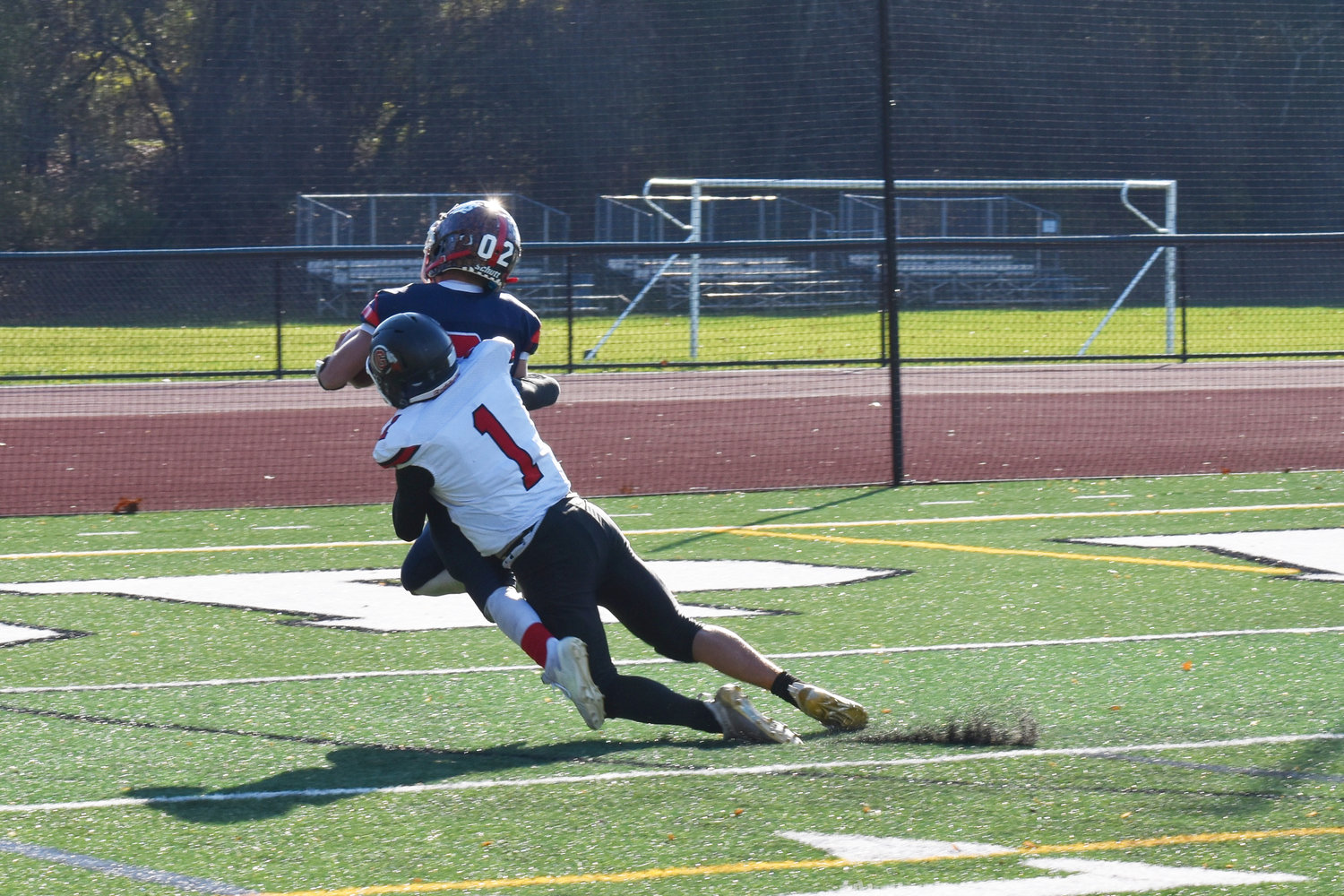 Austin Hartman, the shifty running Bears quarterback, broke away from the Groton defense for a 47-yard touchdown rush in the first quarter. It was his first of two touchdowns in the regional loss to the Indians.
Anthony Morgano | Democrat
Previous Next
Posted Tuesday, November 22, 2022 6:30 am
Anthony Morgano

SPACKENKILL – Tri-Valley’s football season has finally drawn to a close. After winning the Section IX 8-man championship against Spackenkill last weekend, the Bears returned to the home of the Spartans to take on the Section IV champs, the 10-0 Groton Indians. The Bears faced their toughest test of the year, and lost 58-30 against their Section IV opponents.

“Our main goal was to win the section, and we did that,” Coach Kevin Crudele said. “The guys worked hard all year and didn’t quit, even when we were down big at the half.”

Groton’s offensive prowess was on full display on Saturday, scoring on all but one possession in the game. The Bears, worn out from their three tough playoff games, started a bit flat, scoring just one time in the first half.

The Indians put up 46 points in the first two quarters, with Ben DeMatteo (4) and Austin Hunt (2) combining for six first half touchdowns.

Tri-Valley’s lone first half touchdown was scored by Austin Hartman, and at the break it was 46-8, but the Bears showed off the no-quit attitude that Coach Crudele has praised all season long.

Tri-Valley received the ball to start the second half and opened with a touchown run by Dylan Poley, followed by a 2-point conversion by Hartman.

“Our mentality propelled us in the second half,” Crudele said. “We ran more misdirections, the guys didn’t quit and it showed.”

Penalties bit both teams, as the two schools combined for 17 penalties for 145 yards.

“The guys did a great job all season long. The players grew and helped to propel the program,” Crudele said. “Their goal was to leave a lasting impression, and I think they did that.”