Laying it all on the line 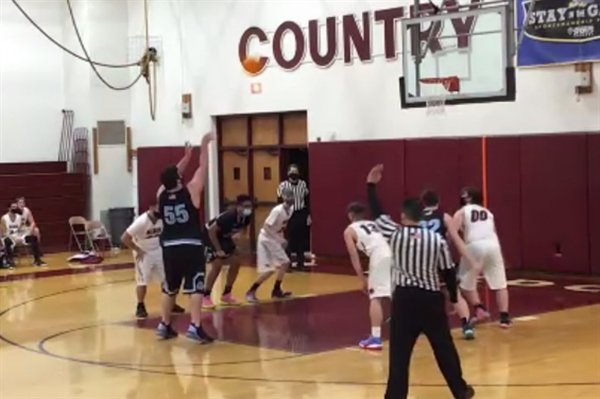 SW's Chris Campanelli came off the bench last year, but this year he figures to be a key weapon. He and Ryan Mace combined for all ten SW points in the OT.
CONTRIBUTED PHOTO
Posted Thursday, February 18, 2021 12:00 am
Richard Ross - Reporter/Photographer

LIVINGSTON MANOR -- What often tips the delicately balanced scales in basketball between two teams that are evenly matched are the little things that in the end loom large. For Sullivan West, in its dramatic 53-48 non-league overtime win over the Livingston Manor Wildcats, those things amounted to timely free throw shooting by Daniel Hemmer and Chris Campanelli which proved to be a key factor in a game that was up for grabs from the third quarter right on through to its cathartic final seconds in OT.

Campanelli and Ryan Mace accounted for all ten SW points in OT. The Wildcats had to overcome an 18-point deficit to eventually propel the game into OT. SW outscored Manor 10-5 in OT.

Late in the fourth quarter Hemmer's three-for-four free throws helped to extend the game. Manor's Austin Fulton had some key shots from the line as well. When Manor senior center Connor Gorr fouled out with 3:40 left in OT, SW took charge of the post and was able to close out the game.

Bizarre indeed it was that the two squads were locked in an overtime tussle exactly as they were a year ago when Manor came out on top during the LM tournament. Here it was a year later with some of the same players from both teams dialing it up again. Sullivan West starting veterans Cody Powell and Ryan Mace were contending with Manor veterans Austin Fulton and Connor Gorr as part of two rosters that had some new parts.

One of those key parts for Sullivan West was Chris Campanelli who came off the bench a year ago to help his brother Gabe who was a key cog in the Bulldogs' machinery. Gabe graduated but Chris has stepped right in with his effective rebounding and shooting both in the paint and at the line. He also took a charge at a key point late in the game.

“We had a hard time with their bigs (Powell and Campanelli). If you double team one of them down low they can marshal a kickout,” noted Manor coach Adam Larson. “We have great expectations in this shortened season after last year's success, but we haven't had time to condition, maybe a total of 12 hours in the gym instead of the usual month,” he added. “That said we showed a lot of character.”

Manor led 8-2 early in the first quarter but the Westies went on a 5-1 run to close the gap at 9-7. SW dominated the second quarter holding Manor to 5 while scoring 19. They led 26-14 at the break. The Wildcats chipped away in the third trailing by six heading into the fourth quarter 35-29.

Gorr led Manor with 23 points and 11 rebounds. For Sullivan West it was Powell with 18, Mace and Campanelli with 14 apiece. Sullivan West is 1-1. Manor is 0-1. A game with Roscoe was put off until the weekend (TBD by officials availability).