Monticello leads all the way but falls late to lengthy Goshen

MONTICELLO - “Start strong. Finish stronger.” Those salient bywords apply to any endeavor, but they have a particular relevance to sports. In this case, they figured into …

Monticello leads all the way but falls late to lengthy Goshen 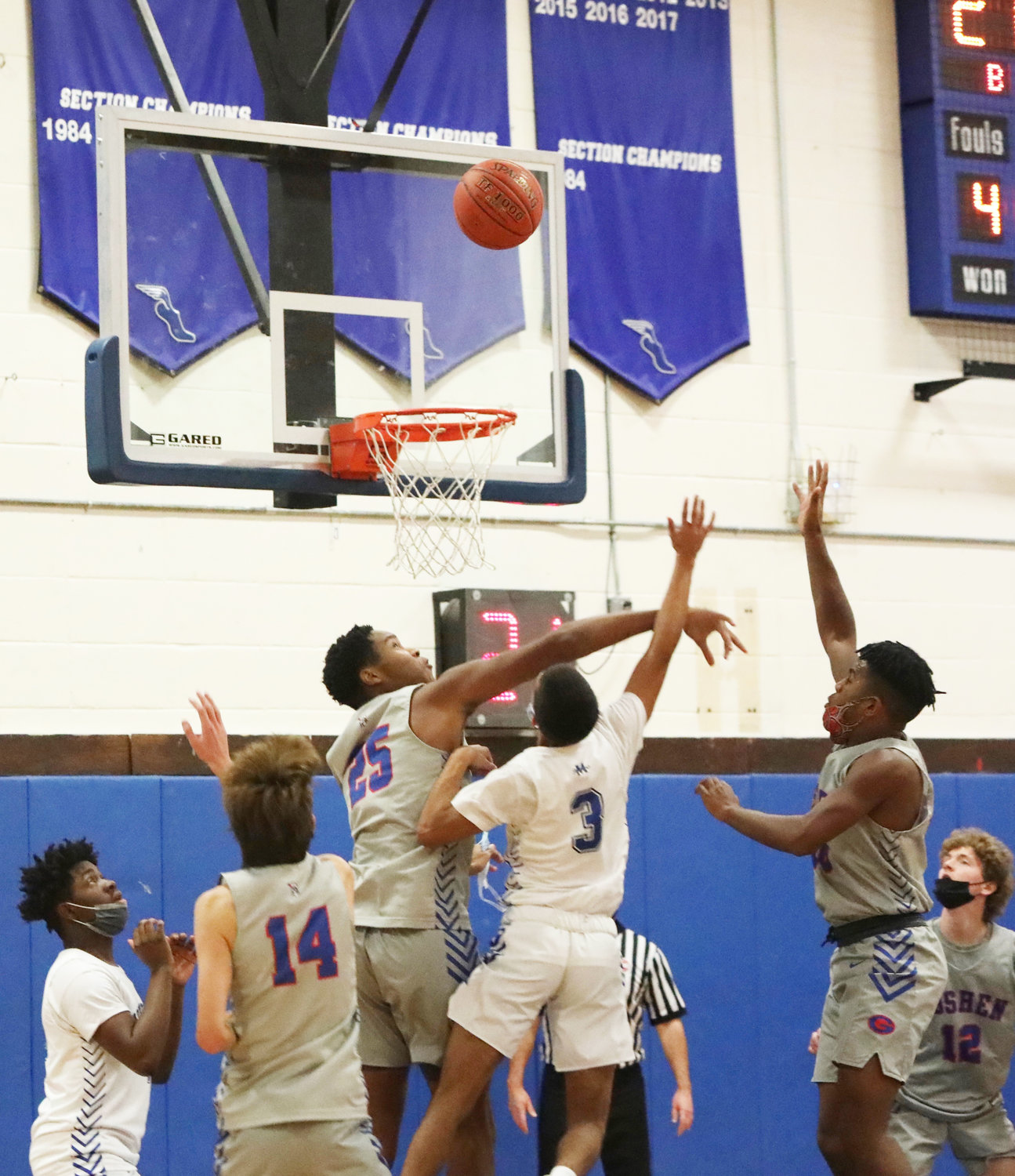 Monticello’s Pedro Rodriguez is fouled by Goshen’s Jethro Chapman. Goshen incurred 12 first half fouls to Monticello’s four but poor free throw shooting by the Panthers failed to capitalize on it sufficiently.
Richard A. Ross | Democrat 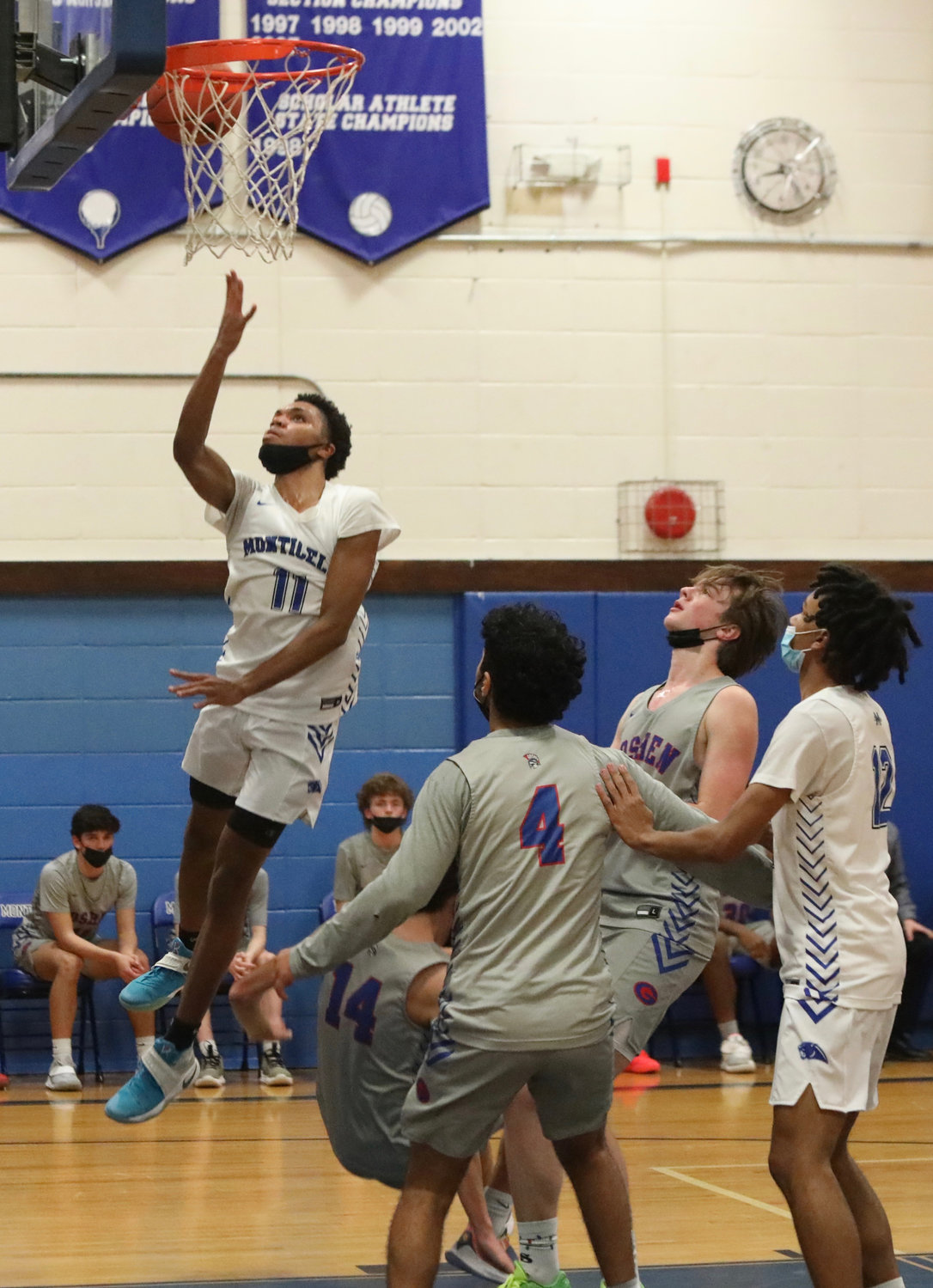 Monticello senior Michael Mingot rises up for two of his 23 points.
Richard A. Ross | Democrat 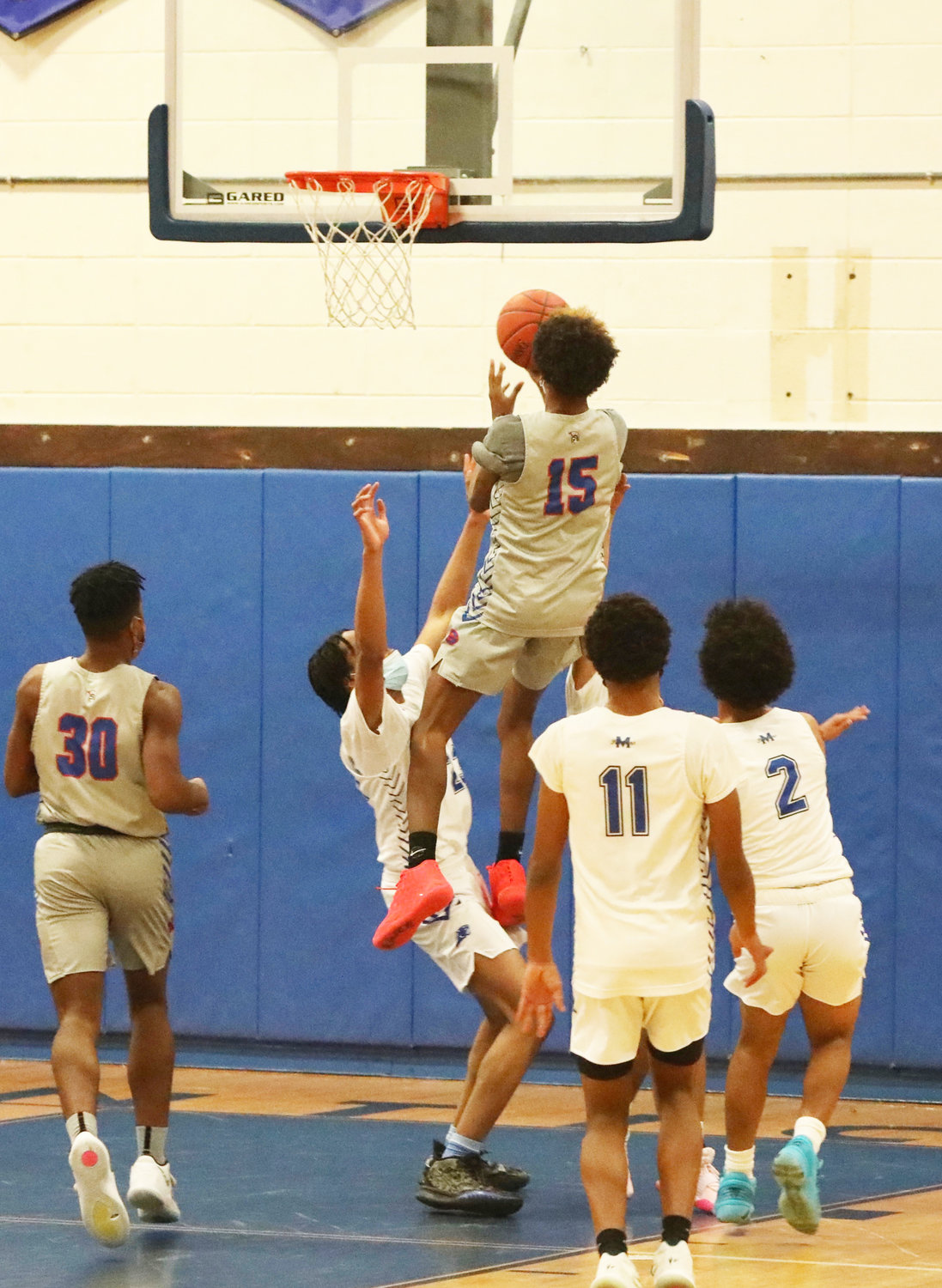 Monticello’s Dylan Hardy stands in and draws an offensive foul from Goshen’s DJ Brown. The Montis took four of them in the first half.
Richard A. Ross | Democrat
Previous Next
Posted Tuesday, December 28, 2021 6:20 am
Richard A. Ross

MONTICELLO - “Start strong. Finish stronger.” Those salient bywords apply to any endeavor, but they have a particular relevance to sports. In this case, they figured into Monticello’s tough 63-59 late division loss to Goshen.

In any race, game or match, a superb start offers a great advantage. But as good as that effort may be, it requires the same “energy, effort and execution” to close out a win. Those three “E’s that Monticello Coach Chris Russo constantly preaches to his team, once applied from start to finish, will augur success for the 2-4 (0-2) Panthers.

In a crucial fray against Goshen, a team that disproportionately outsized Monticello, a superb start to the game that carried through three quarters seemed to be a preamble to an upset win. Russo knows his team lacks height, but that it can compensate for that with hustle, especially on defense. To wit, the Montis drew four offensive fouls against the Gladiators in the first half and benefited from 12 fouls called against their taller foes, to only four committed by the home team.

The Panthers led 14-9 at the end of the first quarter and held a 28-24 lead at the break. Missed free throws barred a wider margin as the Panthers were a distressing four-for- ten from the stripe in the first half. Still, Coach Russo was delighted with the overall effort. “We played great in the first half, now we have to do the same for the next 16 minutes.”

Basketball is a game of runs, and Goshen kept it close in the third quarter with a powerful presence in the paint from center Luke Michalski and great shooting from guard Jadon Rutling. They even went ahead briefly, but Monticello kept showing those three E’s, fighting for rebounds and making stops. Superb play from senior Michael Mingot (23 points and Pedro Rodriguez (16) provided the needed momentum.

But in the fourth quarter things began to slip, leading to a 25-18 surge by Goshen to marshal the win. Over the course of the game the teams neutralized each other from beyond the arc with four threes each. The advantage in fouls that the Monti’s had in the first half was reversed in the second half. Ultimately, Goshen was 15-for 26 (58%) to Monticello’s 8-for-15 (53%). Those seven extra made free throws spelled the difference.

“It was a great game,” noted Coach Russo. “We had all three ‘E’s. I was very proud of the guys for how well they played. Unfortunately, sometimes you give a winning effort and still come up short.”

The loss to Goshen followed a 72-53 division road loss to Cornwall. “We had more turnovers than shots in the first quarter. They got out to a 20-0 lead and canned three trey’s in the opening minutes,” said Russo. That slow start proved to be the difference, though the Monti’s kept pace with the Dragons, losing by 19.

Looking to reverse that poor start, the effort against Goshen was impressive. Now Russo and the Panthers have to find a way to close the deal. Monticello hosts O’Neill on January 4. A new year, a new start and hopefully an exciting finish.