The next step forward

NEW YORK CITY - A week ago, at the NYSPHSAA State Indoor Track Championships, Tri-Valley junior Adam Furman once again broke a 23-year school record set by Joe Iatauro in 1999 in the 3200. …

The next step forward 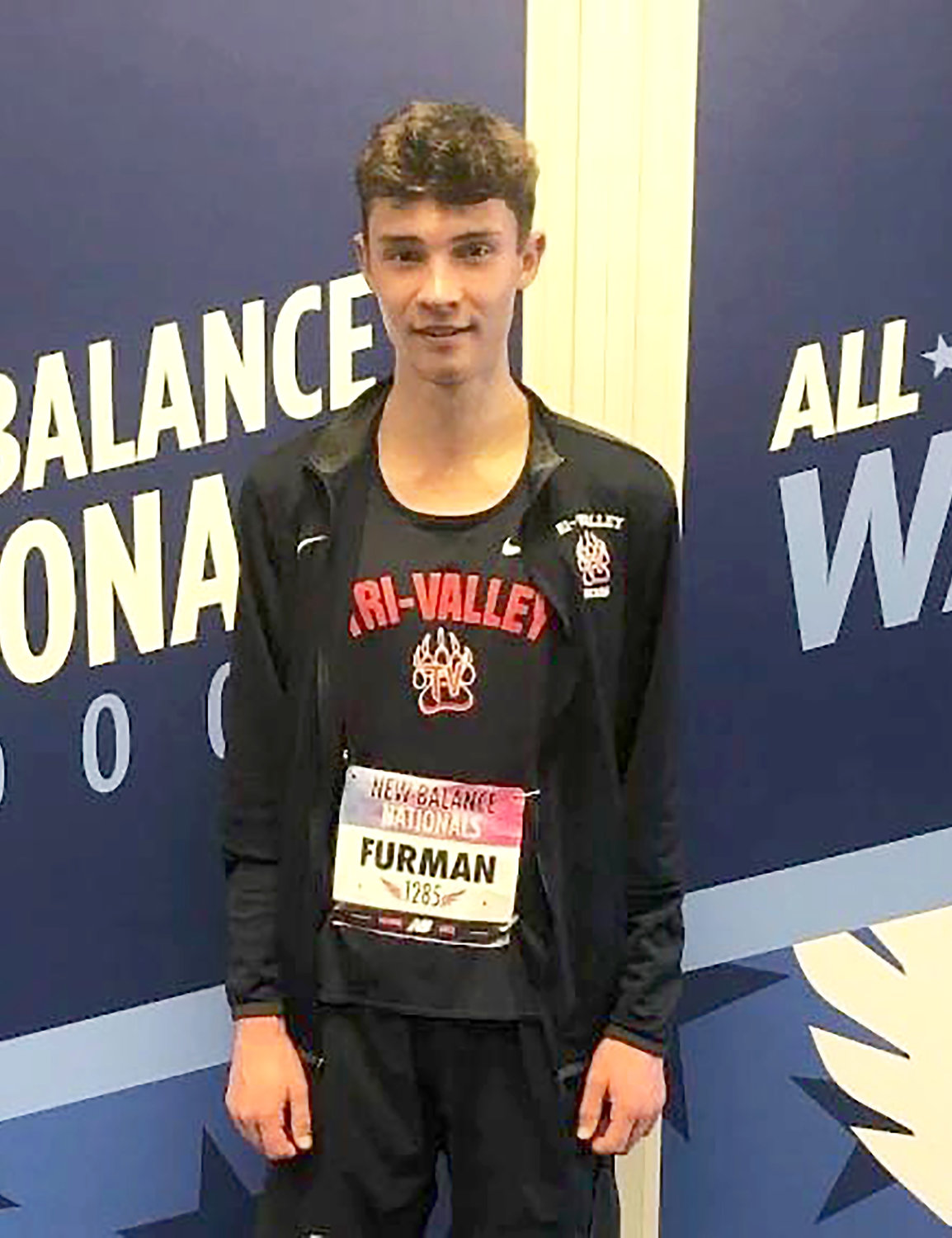 NEW YORK CITY - A week ago, at the NYSPHSAA State Indoor Track Championships, Tri-Valley junior Adam Furman once again broke a 23-year school record set by Joe Iatauro in 1999 in the 3200. Iatauro’s long-standing high-water mark of 9:22.32 had remained uncontested until Furman first broke it with his first place 9:21.21 finish at the Section IX state qualifier at the Armory, besting all comers from the section irrespective of class.

At states, Furman finished sixth among the NYSPHSAA competitors and tenth among the Federation contenders at Ocean Breeze with a blistering time of 9:18.35. Furman continued to advance his meteoric career at the New Balance Indoor Nationals on March 11 breaking Iatauro’s mark again (third time’s a charm) in the meet’s two-mile run which is 18 meters longer than the 3200 and to which four seconds could be added as a means to converting one race time to the other. The two-mile is often used as national standard.

Consequently, that is the distance the many national contenders compete at. It was his first competitive two-mile race this season. Furman finished 14th among the junior runners in the race that brought an amalgam of the premiere high school indoor track standouts from across the country. He was 53rd overall with a time of 9:22.32.

To give an idea of how competitive this was, the winner Gavin Sherry a senior from Conard Texas, posted a personal best winning time of 8:48.59. Furman and Sherry both also raced in the 3000 in which the Tri-Valley standout clocked an 8:45.47 as the 16th junior placing 58th overall. Sherry won this too with a time of 8:15.93.

For those attuned to the exploits of local track and field athletes, it is clear we are witnessing the ascendance of the greatest individual performances since Sullivan West 2018 graduate Michael Mullally registered his state landmark indoor and outdoor milestones with a collection of NYS gold medals in the hurdles.

Considering the fact that Furman still has four seasons ahead of him including this spring’s outdoor track campaign and his senior years tripartite endeavors in cross-country, indoor and outdoor track, no doubt the awareness and the impact of his deeds will be even more widespread and raising his profile on the recruiting radar Division I colleges with an eye towards adding another valuable piece to their winning agendas. Furman is currently ranked 17th in the nation in the 3200 among members of the Class of 2023.