It is not often that an existing golf course can almost double the size of one of their fairways but Twin Village Golf & Winter Park Golf Course Superintendent, Gregory  Feeney Jr., has … 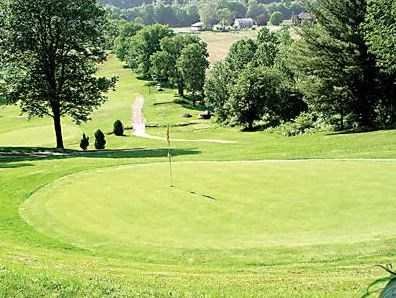 This photo of the 4th hole at the Twin Village golf course shows the original tee, green and fairway.
ED TOWNSEND/DEMOCRAT 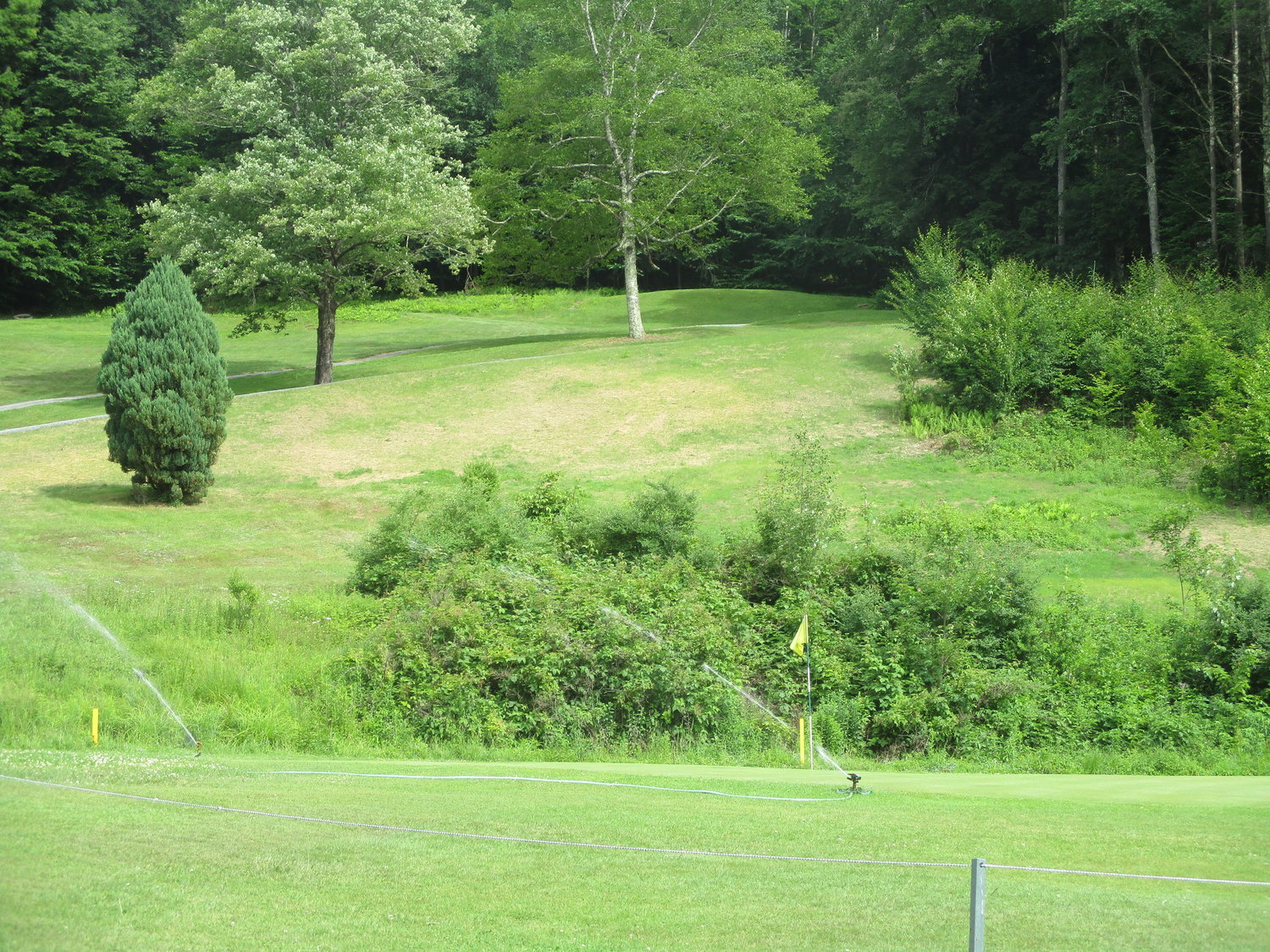 This photo shows the new addition to the fairway of the 4th hole at Twin Village. Located above the third green the new fairway has not fully grown in and is light colored in this photo and adds approximately 720 feet of new fairway.
ED TOWNSEND/DEMOCRAT 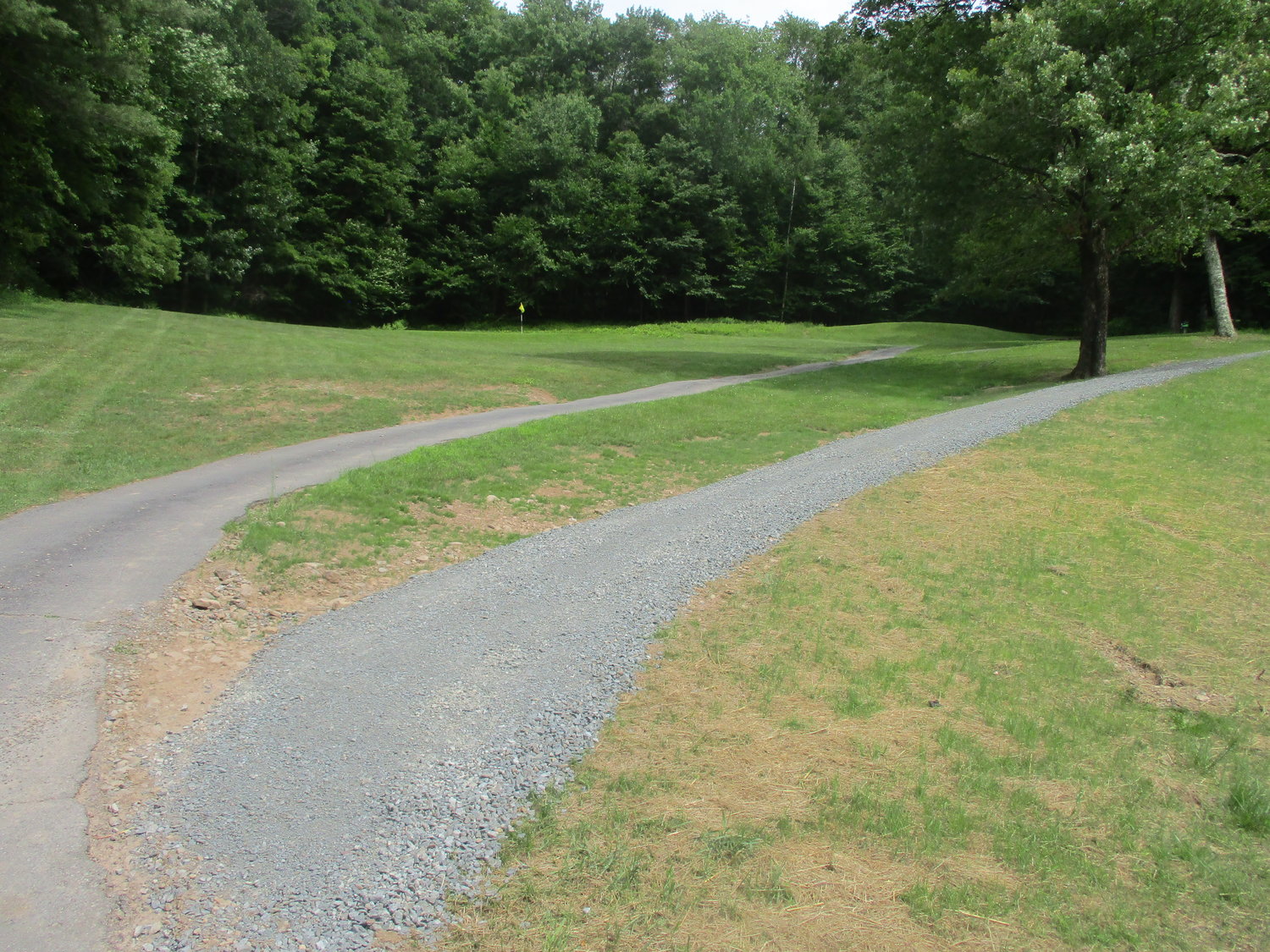 A new cart path, right, replaces an old path, left, on the 4th hole at Twin Village Golf Course with the new path taking you to the fifth tee and a cart path to the fifth fairway.
ED TOWNSEND/DEMOCRAT 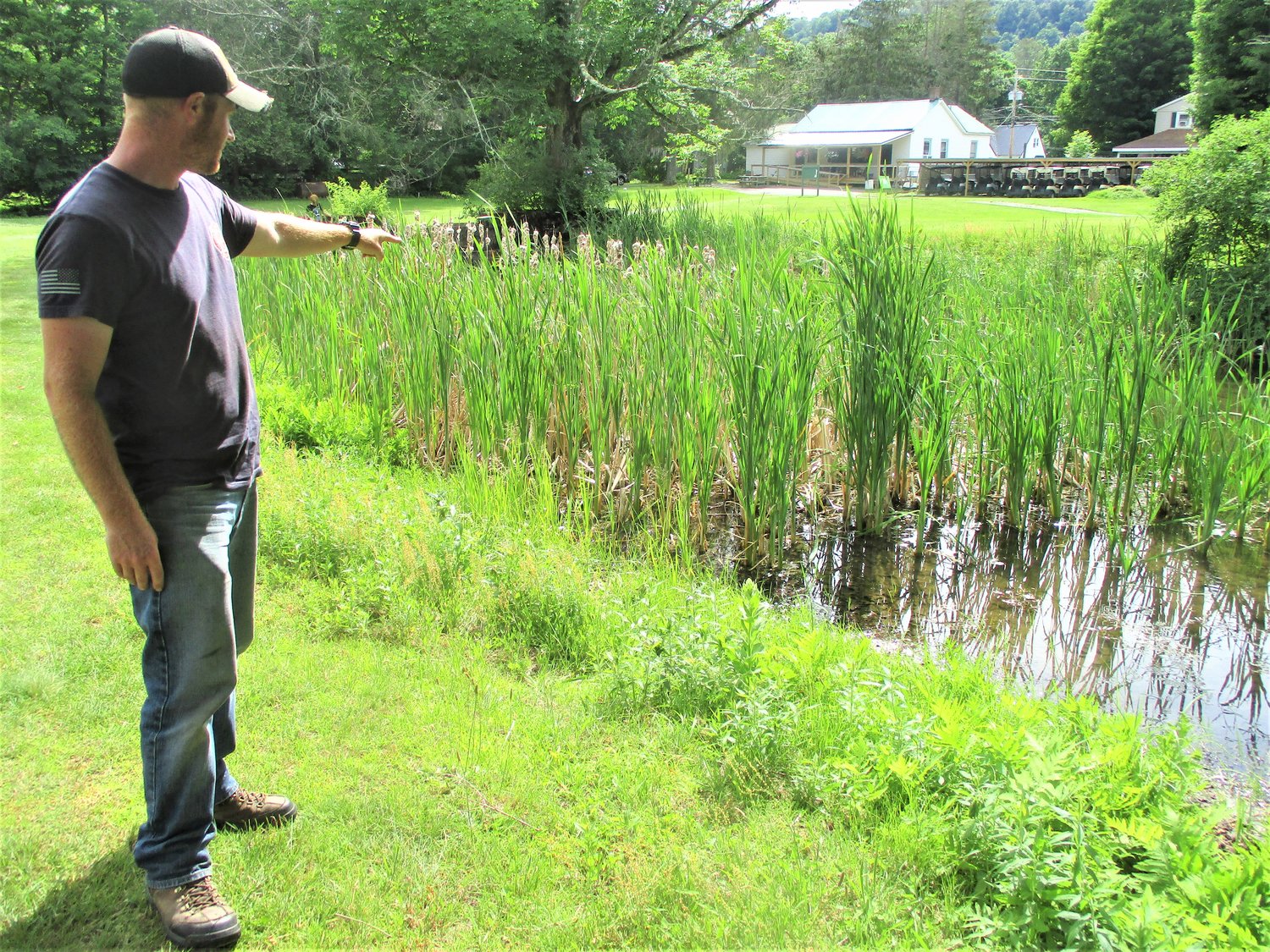 Twin Village Golf Course Superintendent, Gregory Feeney Jr., points to the cattail growth in the large pond separating the first and ninth fairways. The pond will be cleaned out and reshaped this fall so that ice skating can take place as part of the Winter Park activities.
ED TOWNSEND/DEMOCRAT
Previous Next
Posted Friday, July 2, 2021 7:00 am
Ed Townsend, Columnist

It is not often that an existing golf course can almost double the size of one of their fairways but Twin Village Golf & Winter Park Golf Course Superintendent, Gregory  Feeney Jr., has almost accomplished that with the addition of approximately a 40-yard wide by 60-yard in length new fairway on the 133-yard par-3 fourth hole.

Previously before the construction of the additional fairway errant drives that went right off the tee landed in land covered by briar bushes, rocks, small trees and high grass which in most cases resulted in lost golf balls and bogey’s on the scorecard.

Now all of this area is open fairway and adds a beautiful addition to this nine-hole par-32 Executive style  golf course which was officially purchased in January 2020 by Phil and Donna Vallone.

Improvements made by Feeney and his staff since the takeover of the course by the well-known Roscoe Vallone family include improvements to all the greens that includes aeration and top dressing which now has allowed them to be cut lower resulting in much faster greens when putting.

Greg noted that a major project in the fall is the removal of all the cattails, trees and brush that have grown up in the large pond separating the first and ninth fairways.

“We will clean everything out in the pond and hope to reshape it so that they can use the pond for ice skating as part of the Winter Park operations which will include other winter park activities,” Feeney said.

Several weeks ago the traveling Community Golf League  played one of their matches at Twin Village Golf & Winter Park, and Feeney noted that he got many complimentary remarks from golfers with some  asking about memberships.

While touring Twin Village we also witnessed the new  sheds providing housing for the golf carts.

The tournament will be a 4-person team scramble.

The entry fee includes cart and green fees, lunch, dinner and refreshments. There will be opportunities to win raffles, prizes and gifts.

It never hurts to try something new.

We all have different ways of doing thing things on the golf course, which is why one technique or strategy might work for one person but not another.

For example, some of us will visualize the shot we want to hit in our mind, because it helps us execute the shot. For others, they have to experience the shot.

With that said (or written in this case) it never hurts to try something new.

So here are several “pep talks” you can create to help build your confidence for the next round.

After each round of golf, take 60 seconds to sit quietly and replay three best shots of the round. Visualize them in slow motion and lock every detail into your memory. They’ll come back to cheer you on in the future.

Tell someone about your best shot of the day, but never talk about your worst shots. Professionals can usually remember every shot during a tournament, but there is one shot they “just don’t recall”…it’s their worst shot. Let the bad shots go, and never ever talk about them.

After every shot, remember to say, “great shot” and mean it when you say it…the results may not be exactly what you wanted, but the ball went where you hit it. So go do it again.

Breathe before every shot or putt, remember to breathe deeply and softly. It will relax your body and allow you to focus on the task at hand.

Make it a part of your pre-shot routine to consciously expect a great shot. As you pull the club from your bag, smile. As you look down the fairway or line up your putt, smile. As you stand over the ball, smile. Expect the best.

Finally, but perhaps most importantly, have fun out there. Golf is a game. Yes, it can be very challenging and frustrating at times, but it is intended to be a form of enjoyment. Enjoy the day, the weather and the time with friends. Chances are, you’ll enjoy the wonderful game of golf as well.

Robert Menges is the head golf professional at the Swan Lake Golf & Country Club, Mt. Hope Road, Swan Lake. He is available for private lessons and if you have a question or subject you would like covered, he can be reached at 845-292-0323 or via email at bobmenges22@gmail.com.

Waiting for that one-putt opportunity?

Meanwhile, stay calm and patient, be reasonable, steady, conservative, get your solid 2 putts, and then when the time is right, the distance, the undulation manageable, you feel comfortable and most positive.

Then you strike, like a cat on the prowl, stalking her prey while lurking in the shadows for that opportunity.

For that opportunity that you knew was coming and you begin sinking those one putt shots.

Geoff Walsh is a Class A PGA Professional at the Tarry Brae Golf Course and is available for private lessons at 387 Pleasant Valley Road, South Fallsburg. If you have a question or subject you would like covered, he can be reached at 845-434-2620.

Ed Townsend is a Public Relations Consultant to the Sport of Golf and brings over 60-years of sports journalism experience writing and compiling the information for this column. If you have league or tournament information, score a hole-in-one or score your age, let Ed know at 845-439-8177, email to bghtnews@aol.com. View this column and Ed’s photos at http://bght.blogspot.com  We are also on Facebook and Twitter.