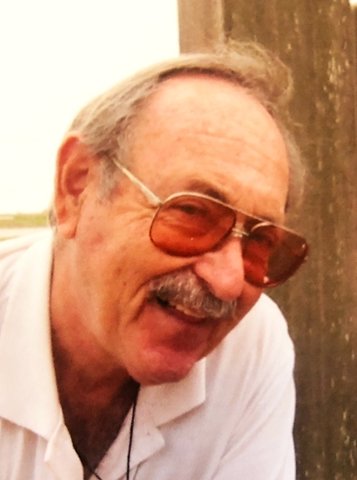 Harold Saltzman, a first generation American, was born on March 3, 1938 in the Brownsville section of Brooklyn, New York, to Morris and Rose Saltzman, both Jewish Eastern European immigrants. In 1955 he graduated from Thomas Jefferson High School, and in 1959 from the City College of New York, where he studied history. That year he began teaching Social Studies in the New York City public school system. In 1961, he landed at Franklin K. Lane High School in Brooklyn where he taught and mentored countless students for 37 years. In the early 60s, he honorably served for five years with the U.S. Army reserve, and spent a portion of that time at Fort Dix.

Family was Harold's first love. He is predeceased by his parents, Morris and Rose, and sister, Ruthe Berman; and survived by the loves of his life, children Steven, Michael and Elisse (Lissy) and his grandchildren Jacob, Miles, Mycah and Jonas; as well as his former wife, Mary Jo Bible, his brother-in-law, Felix Berman, and many nieces, nephews and cousins.

Throughout his career and in retirement, Harold was a dedicated organizer and activist with the United Federation of Teachers, standing up for and protecting teachers and students. He served in many union leadership roles including Delegate, District Representative, Secretary of the High School Committee, and member of the citywide Executive Board. He was an impassioned and leading voice against violence in the schools for decades.

Upon retirement, Harold, like many other retired New York City teachers, moved from the commotion of the metropolitan area to a lakeside home in Smallwood. His special brand of advocacy and friendship was instrumental in ushering the hamlet of Smallwood into a rebirth in the 1990s, beginning with the Smallwood Civic Association's purchase of Mountain Lake. He envisioned the Lake would be the essence of the hamlet, and along with several dedicated Civic Association members, set about the business of ensuring the community's future by placing it fully under the control of the Association.

After the purchase of the Lake, Hal's (as he was called by his Smallwood community) work never ceased. He formed and led a Lake Patrol that methodically and diligently kept a watchful eye on both the use of the Lake and the safety of those who enjoyed it. When the Patrol disbanded, he continued to monitor the Lake several times a day, and along with a faithful friend or two, did a yearly litter pluck and boat inventory. Hal took great pleasure in boating and fishing with his children, grandchildren, family and friends and relished that others could appreciate the Association's beach and Lake the way he did. He loved to teach novices how to fish and then clean and cook fresh catch. Many a Smallwoodian enjoyed breaded, pan-fried sunnies prepared by Hal.

In addition to fishing, tennis was Hal's sport. He was well known for organizing epic singles and doubles “round robins” on Smallwood's courts. He led the annual maintenance of the courts and nets and faithfully locked and unlocked the gates, and monitored the sign-up sheets. In the winter months, he joined the snowbirds in Florida, so that he could play tennis all year round. A knowledgeable and avid basketball fan since high school, he returned from Florida each year to watch the NCAA Final Four Tournament with Smallwood friends. In a classic Hal move, he made sure that when a children's park was built near the tennis courts, it included a hard court with two hoops for basketball.

Hal brought out the best in people when he rallied them around community and issues of mutual concern. When a public access point from Smallwood to a well-used reservoir was illegally closed, he was on the front lines of a community resistance that ratcheted up pressure on local, state and federal officials. This effort turned into a citizens' group, “The Friends of Toronto.”

There was no cause more vital to Smallwood than the extended battle over the former Smallwood Golf Course. Hal saw no future for a massive townhouse development on the defunct golf course, that threatened not only the Civic Association, but also, an aquifer on environmentally sensitive land. His political and social instincts were on full display when he and a group of friends founded “Preserve Smallwood Country Life.” The group, which advocated for “smart growth,” was instrumental in defeating the development and rezoning the town. The result is a 135-acre Forest Reserve and dog park at Smallwood.