A modest gathering of people met under grey and rainy skies on Sunday evening in front of the Main Street Stage in Liberty to mark the 21st anniversary of the September 11th terrorist attacks. … 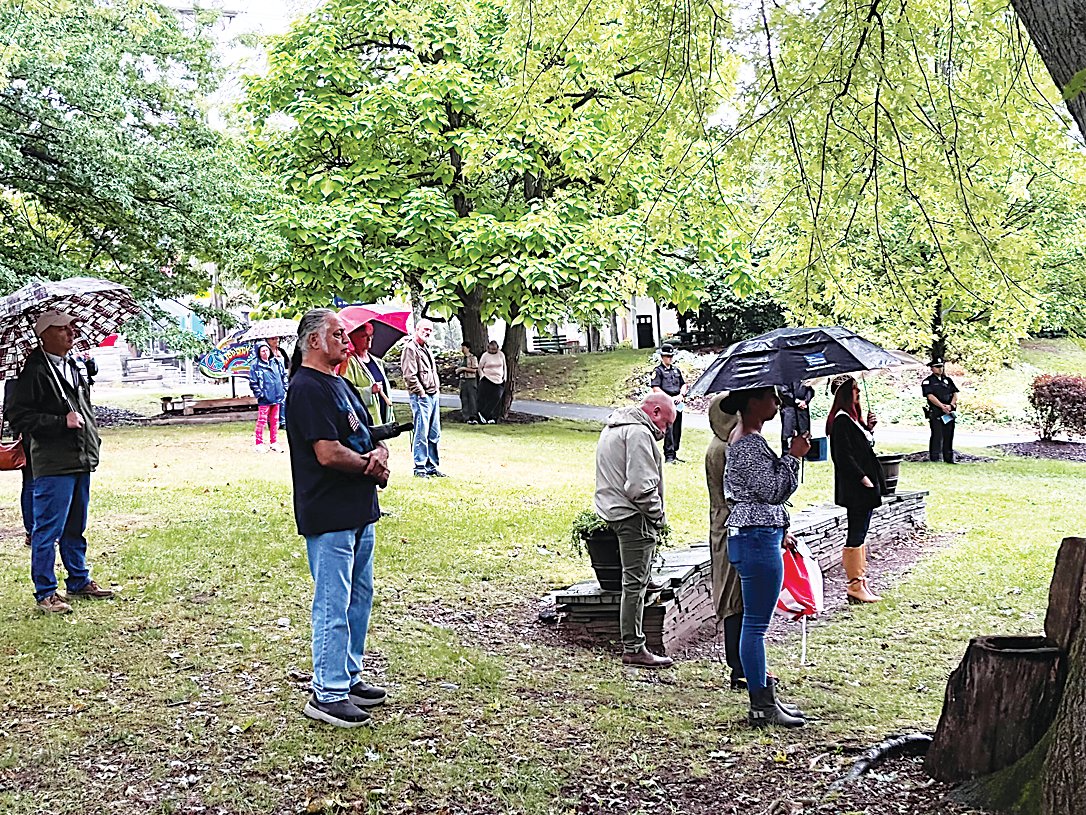 People gathered in the rain to observe the ceremony.
Matt Shortall | Democrat 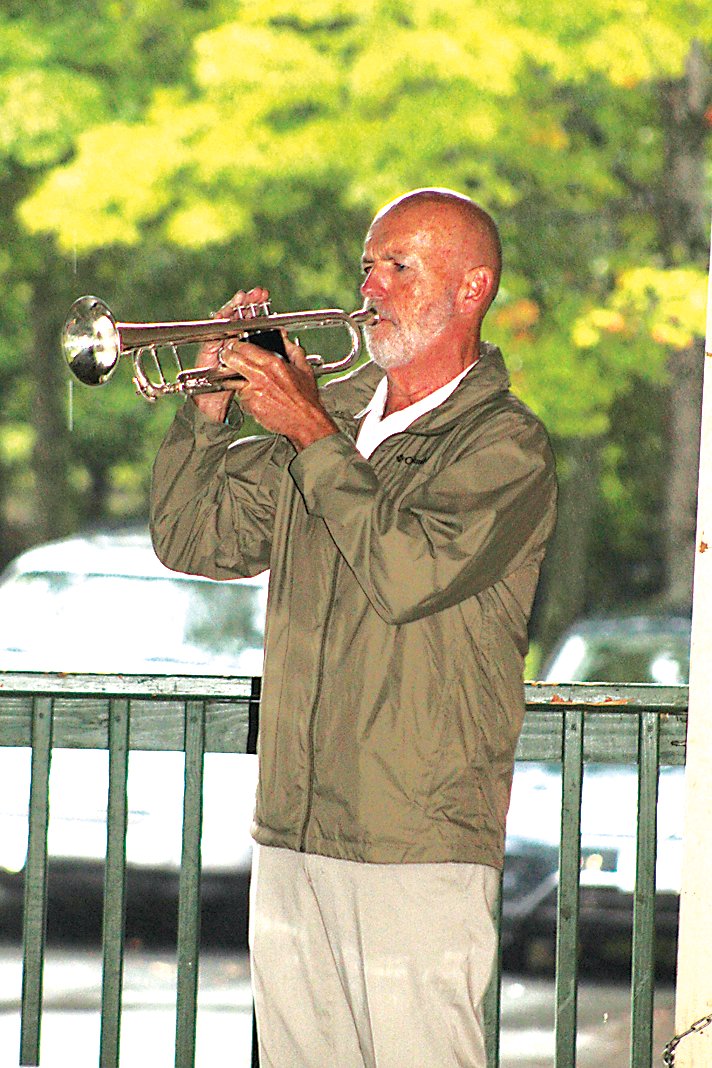 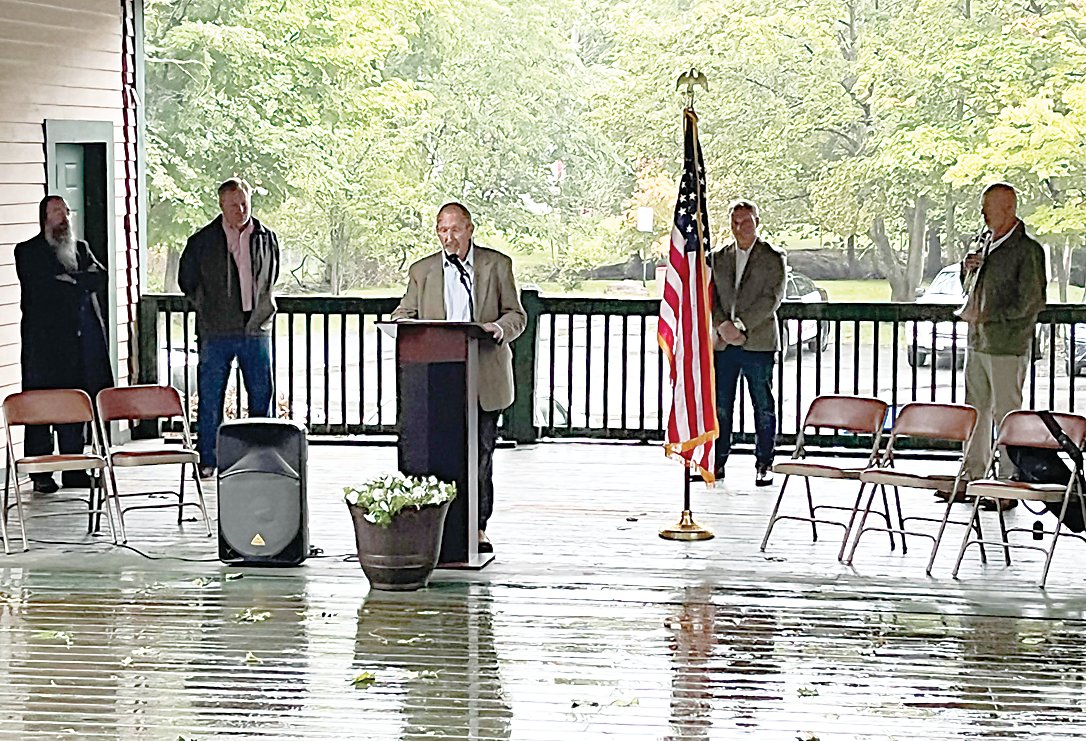 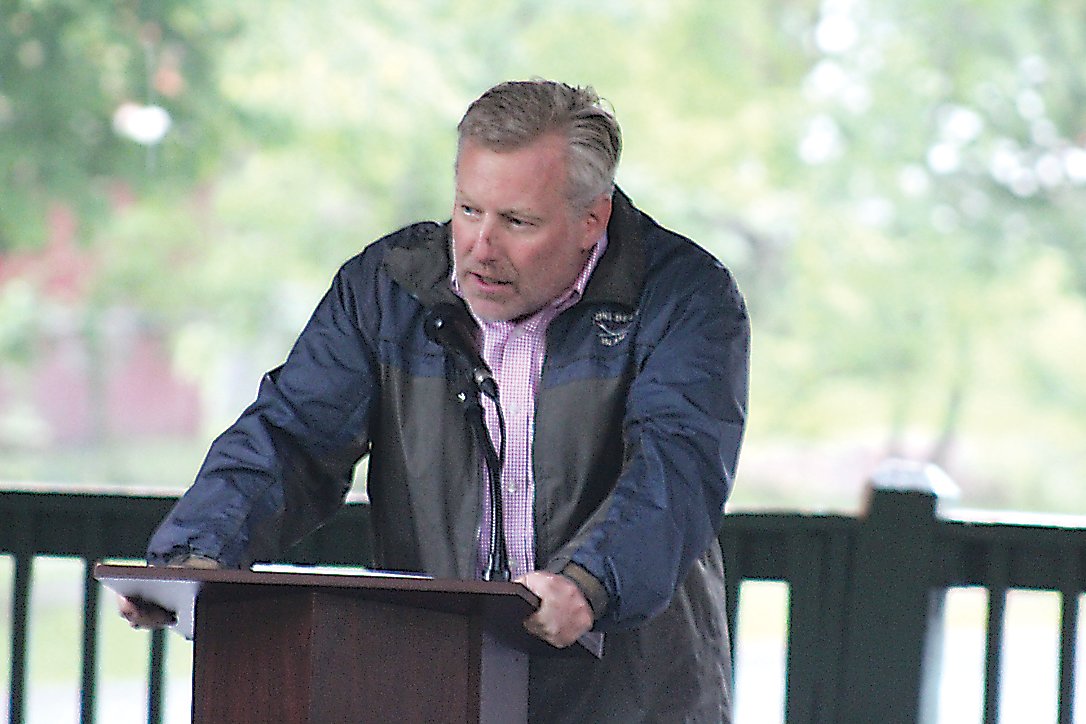 John Veleber spoke about his experience on September 11, 2001.
Matt Shortall | Democrat
Previous Next
Posted Tuesday, September 13, 2022 6:10 am
By Matt Shortall

A modest gathering of people met under grey and rainy skies on Sunday evening in front of the Main Street Stage in Liberty to mark the 21st anniversary of the September 11th terrorist attacks. Despite the weather, this annual gathering commenced to remember the lives lost 21 years ago, as well as the selfless heroism displayed by all those who responded.

“Go out today and be a light to someone. Look for a means to demonstrate kindness, not just today but tomorrow and every day after,” said Town Supervisor Frank DeMayo delivering a benediction.

One of the guest speakers was Yehuda Feig who recalled his own experiences as a medical responder on September 11, 2001.

“When we woke up that morning it was a beautiful day. No one would think that such a beautiful morning could change so drastically in just a few minutes,” Feig said.

Feig was a volunteer member of Hatzolah ambulance based out of Brooklyn when they were called to respond to the World Trade Center. While enroute, he recalled hearing the news that a second plane had struck the other tower.

“We all knew that this was not an accident. There wasn’t one first responder that turned around. It just gave you greater resolve to go, to head down there, and try to help as many people as we could,” Feig recalled.

Keynote speaker John Veleber is currently a Vice President at Wayne Bank, but he was working across the street from the World Trade Center on that September morning 21 years ago. He’d worked for Cantor Fitzgerald the year before and knew many of the people working that morning inside the offices of the World Trade Center.

“We can’t take our lives for granted,” Veleber said about the lessons he’s learned. “We should appreciate each other because what’s here today may be gone tomorrow. I learned that the hard way … I think 9/11 is an event that should help us appreciate everything we have.”

Mike Williams performed TAPS to end the ceremony as a light but steady rain continued to fall.