Robert “Bob” DeMan of Cochecton, NY passed away at home peacefully in his sleep on January 13, 2023. He was pleased to have reached the start of his 90th year, after handling emphysema … 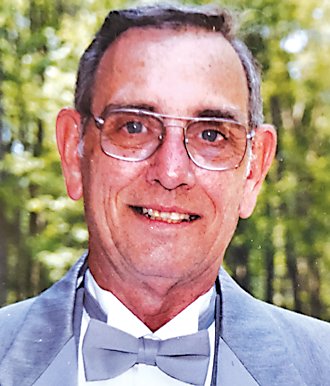 Robert “Bob” DeMan of Cochecton, NY passed away at home peacefully in his sleep on January 13, 2023. He was pleased to have reached the start of his 90th year, after handling emphysema for a long time.

Born in Brooklyn, NY, Bob was the son of John and Julia (Williams) DeMan. Raised in Ozone Park, Queens, Bob graduated from Brooklyn Tech High School, where he was on the football team. He attended Columbia University until recalled into the U.S. Army, serving 1956-1962. Bob retired from A.T. & T. after 30 years as a manager in Western NY and White Plains, then started his own business, Supply & DeMan, which sold janitorial products to hospitals and shopping malls. Bob raised his family in Congers, NY, then he, Pam, and their dog Helmutt moved to a log cabin in Cochecton 25 years ago.

Always ready to help friends and the community, Bob was a coach with the Valley Cottage Indians Pop Warner Football organization; an elder at the Lake Huntington Presbyterian Church; a director of the Cochecton Preservation Society; past chairman of the Town of Cochecton Planning Board; and proudly served as chaplain and paymaster of the US Marine Corps League Catskill Detatchment. In addition to actively raising 7 children, he was well known for his sense of humor and cheerful outgoing personality. Devoted to his family and home, his favorite hobby was splitting firewood. Bob will be deeply missed by all who knew him.

Everyone should know that while writing this, there is more love and laughter than tears. We look forward to sharing those happy memories and funny stories with you at a Celebration of Life in the spring. For those who wish to honor Bob with a charitable contribution, donations in his name to Hospice of Orange and Sullivan Counties (www.hospiceoforange.com); Family Focus Adoption Services (familyfocusadoption.org); or Wounded Warrior Project would be appreciated.

Cremation arrangements are under the care of Stewart-Murphy Funeral Home, 845-887-4900, www.stewartmurphyfh.com