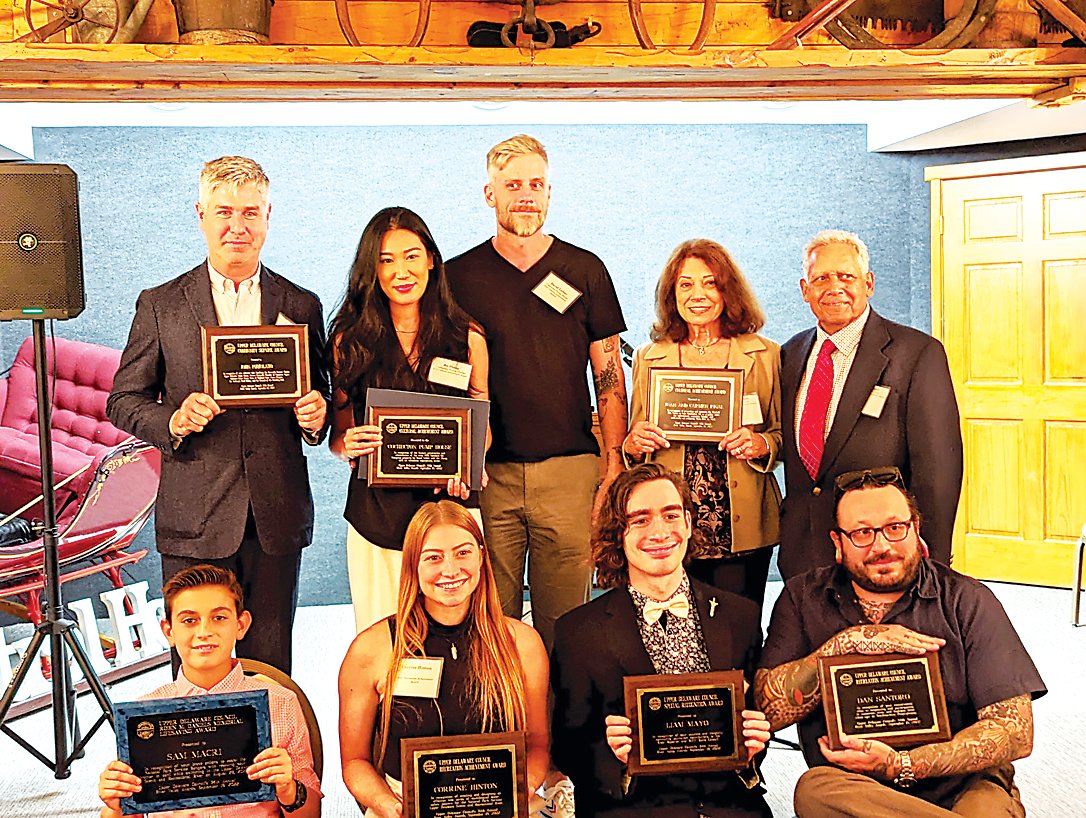 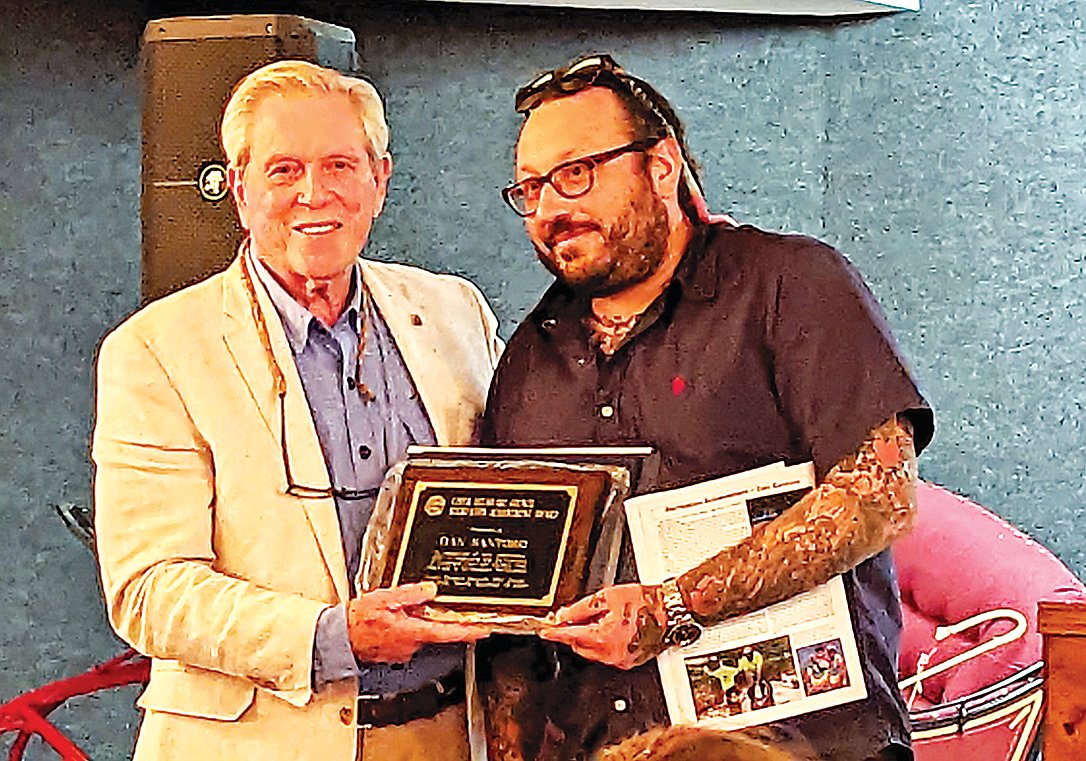 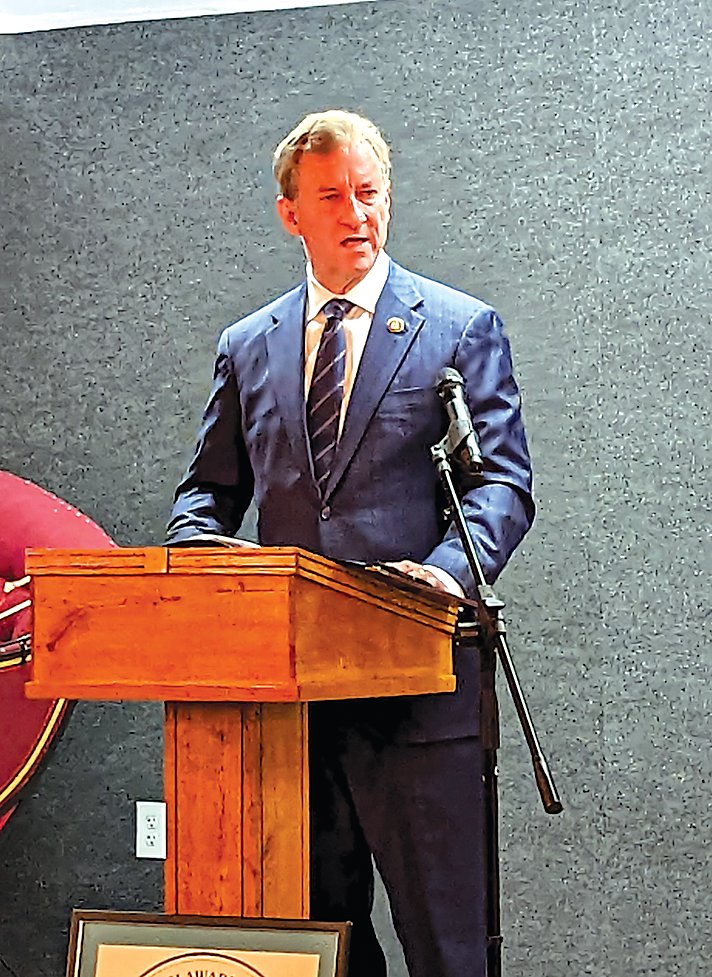 “For thirty-four years, our council has been working for the benefit of the Upper Delaware environment, its people, and its visitors, and yet, too many people don’t really know who we are,” he said.

Boyar thanked the council who “work together to protect and enhance the Delaware River,” and praised the council’s “very democratic, open, courteous decision-making process.”

The keynote address was given by U.S. Congressman Matt Cartwright (PA, 8th District). He thanked the council and honorees.

“This is a group of people who are united by their deep concern for the Delaware River and their passion to protect it,” Cartwright said. “As your member of Congress, I will do all I can to ensure future generations can benefit from the pristine waters of the Upper Delaware.”

He said, in his role as one of the 12 chairs of the House Appropriations Committee, he hopes to get robust funding for climate and environmental measures. He explained how the bipartisan infrastructure bill and Inflation Reduction Act provide monies that can be utilized by groups such as the UDC, and how these groups will benefit from increased funding.

UDC Executive Director Laurie Ramie, who emceed the event, introduced each of the award recipients, explaining the reason for their being chosen for recognition at this year’s ceremony.

The Oaken Gavel Award was given to Jeffrey Dexter of Damascus Township, PA, for his role as UDC chairperson in 2021, that being, his second time in the position as well as his many years serving as vice-chair and in other committee positions. Dexter stays very involved in the community.

A Special Recognition Award was given to Liam Mayo of The River Reporter. His in-depth reporting of UDC meetings and issues, as Ramie noted, are “a mission of factual and insightful storytelling.”

Two Recreation Achievement Awards were given. Corrine Hinton was honored for her design of several drowning prevention posters which can be seen up and down the Upper Delaware area.

Dan Santoro was recognized for his co-leadership of the “Get Trashed” river clean-up since 2017 and his commitment to conservation in our area through his volunteer work and promotion of fly fishing.

Two Cultural Achievement Awards were presented. Juan and Carmen Rigal, former owners of The Nutshell Arts Center in Lake Huntington, NY, for providing the area with 25 years of arts and cultural events.

David Lieber and Jin Zhang, proprietors of the 1879 Cochecton Pump house, a “historic relic of the industrial revolution,” were recognized for transforming the overgrown building into an ever- evolving dining establishment with live performances and cultural events.

John Pizzolato of Barryville NY, was honored with the Community Service Award for his many services to the river valley community and his leadership in many community organizations.

Eleven-year-old Sam Macri of Ramsey, NJ was recognized with the Robin M. Daniels Memorial Lifesaving Award for his quick-thinking and action that saved his younger brother from drowning in the Delaware when his brother’s foot became trapped in rocks. He held his brother’s head above water until Upper Delaware Scenic and Recreational Law Enforcement officer Ryan Schumacher and Seasonal Interpretation Ranger Grace Wilson arrived and completed the rescue.

The Distinguished Service Award was given to William Rudge. Recently retired from a 35 year career with the NYS Department of Environmental Conservation and 21 years as the state’s voting representative to the Upper Delaware Council, Ramie noted that he characterized good-natured professionalism and a deep institutional knowledge of the Upper Delaware.

More information about the work of the UDC and award recipients can be found on the UDC website: www.upperdelawarecouncil.org.