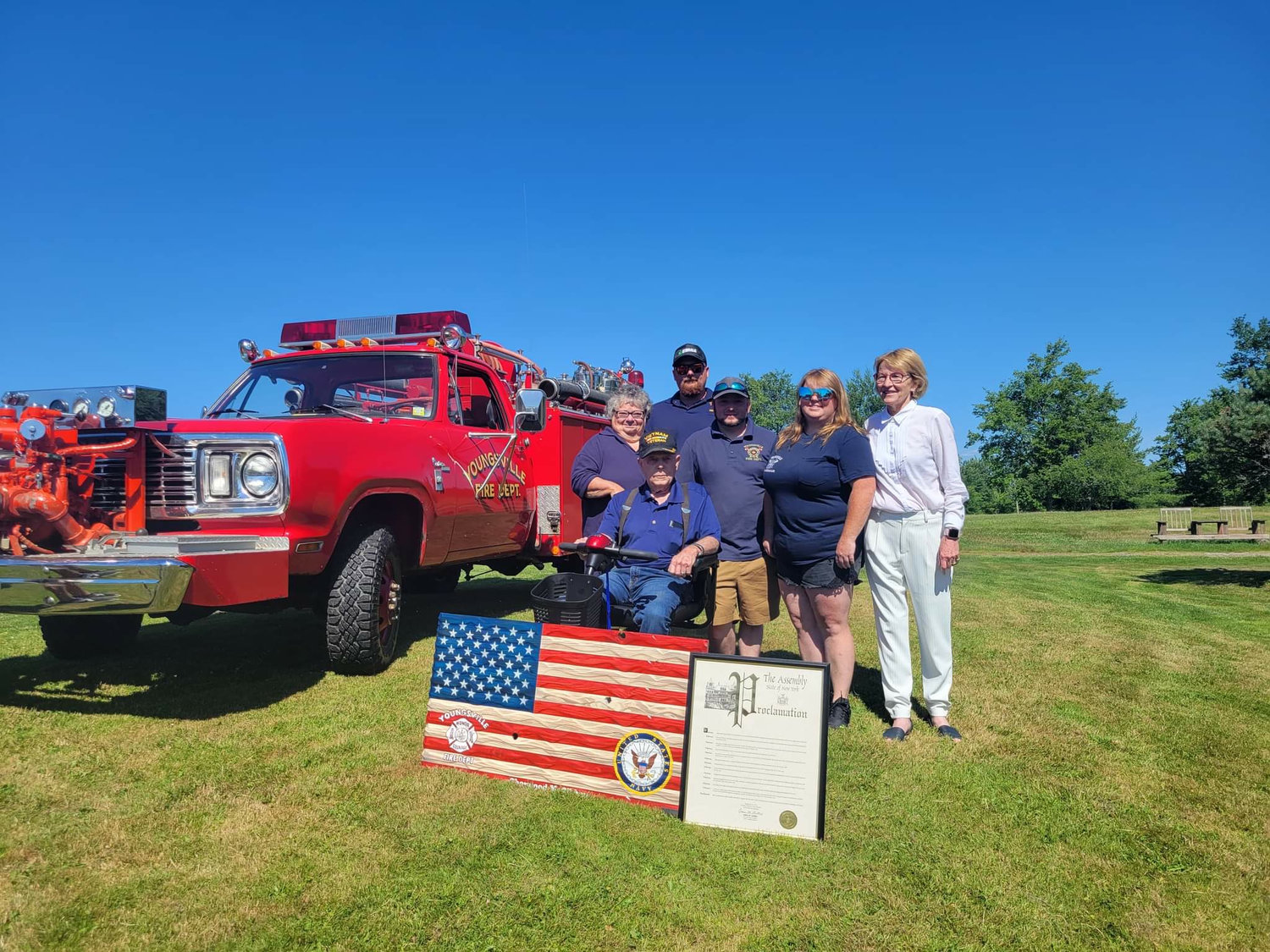 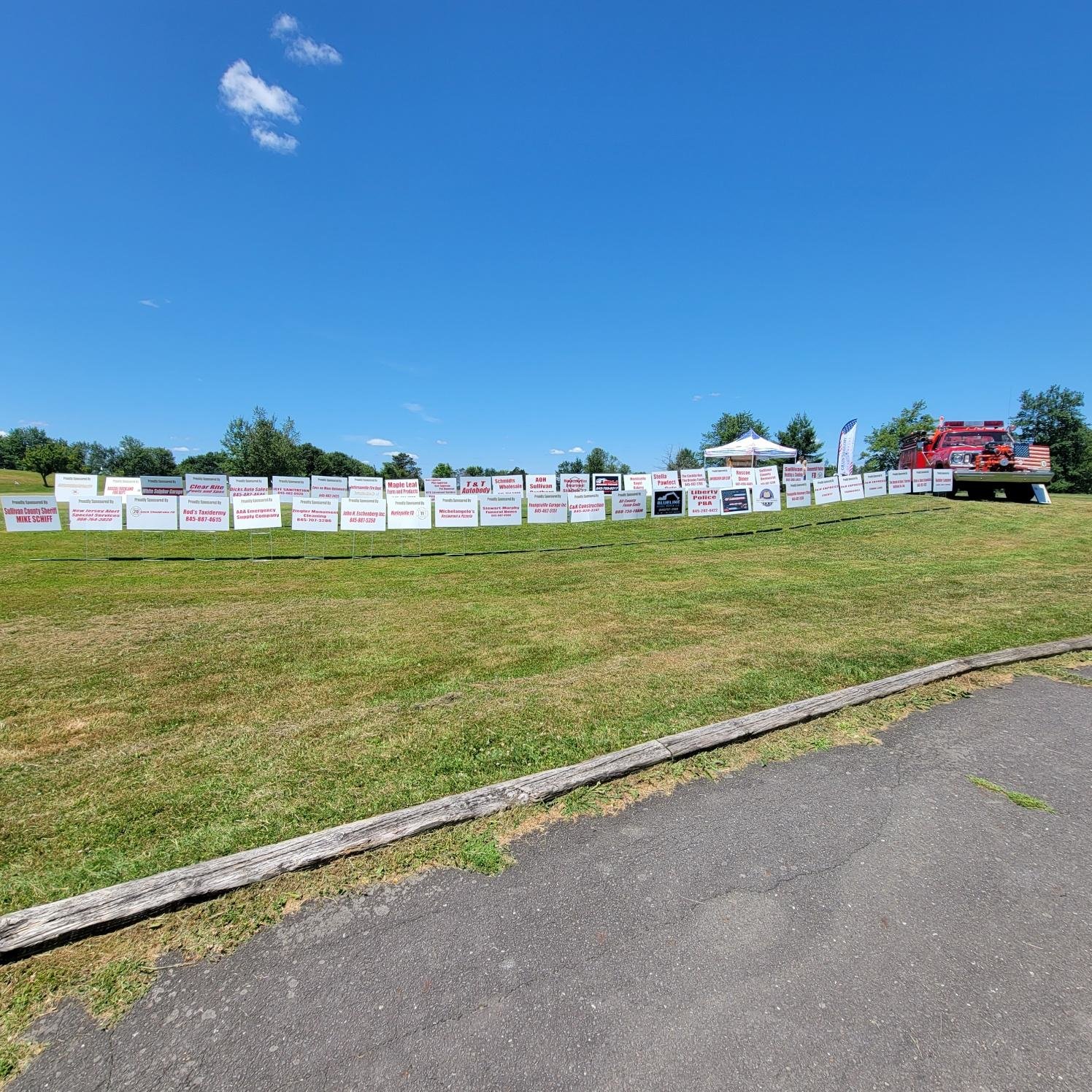 All 41 sponsors this year on display at the clubhouse next to our 1976 Dodge power wagon brush truck! We encourage everyone to visit all of them! Planning is underway for next year’s tournament. September 10th we will be holding a cornhole tournament rain or shine at our firehouse!
Contributed Photo 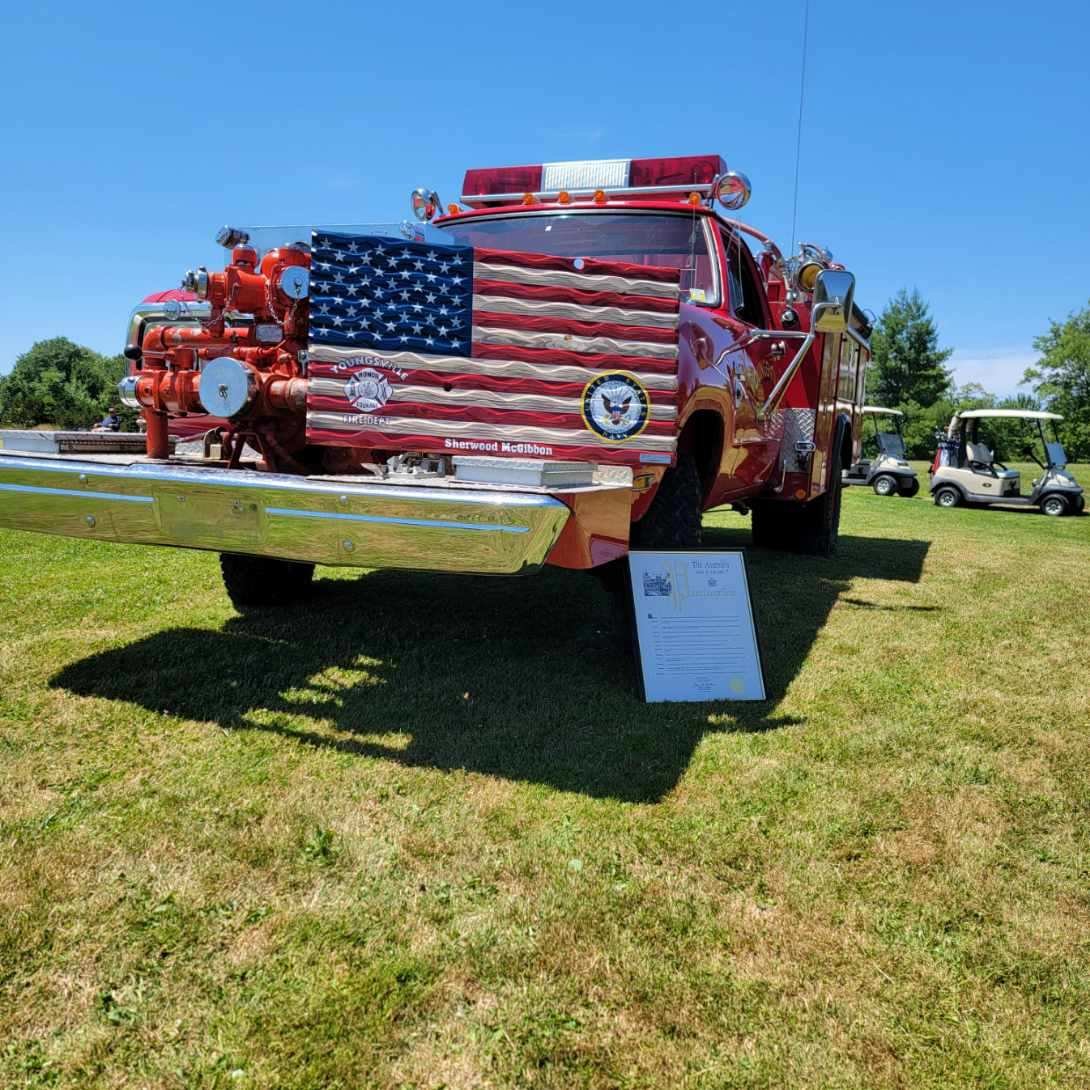 A Grain To Glory Flag purchased by friends and family of Woody was also presented.
Contributed Photo 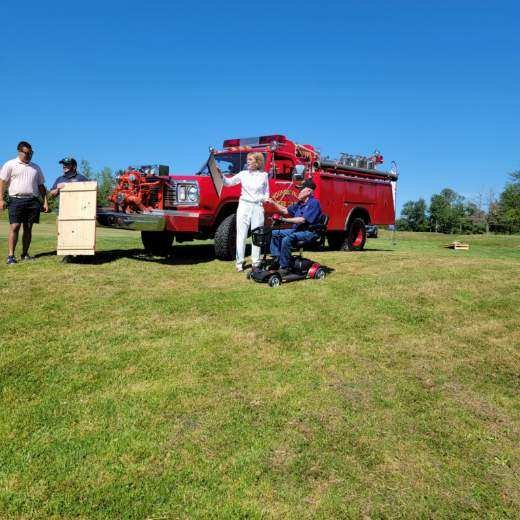 SWAN LAKE –– The 2nd annual Youngsville Fire Department Golf Tournament was held Sunday, July 10th at the Swan Lake Golf and Country Club. Players from all 22 foursome teams that registered began to enter the clubhouse, where many raffles were being sold, including gift certificates, golf balls, a basket of cheer and a very nice handmade wooden flag from the Grain To Glory Flag company. As the tee-off time of 10 a.m. approached, players were anxious to go out and play 18 holes at the beautiful course in Swan Lake.

Assemblywoman Aileen Gunther was on hand prior to tee-off for a pre-game send off speech. She also presented Youngsville Fire Department member, Sherwood “Woody” McGibbon, with a proclamation that was passed by all members of the senate acknowledging him for his years of service to the community and to this country. Woody served in Vietnam in the Navy and remained in the reserves for a few years. Woody has also been an active member with the Youngsville Fire Department since 1954 serving as chief twice, president, and a fire district commissioner for a short time.

Woody is now fighting lung cancer. His third cancer, thought to have been caused by the chemicals “Agent Orange” while serving his time in Vietnam. Although fighting through this, he remains a very active member in the community. Woody also received the James Dworetsky Firefighter of the Year award at the department’s annual dinner in April.

Aileen Gunther said, “I was proud to present Sherwood “Woody” McGibbon with a proclamation from the New York State Assembly this morning honoring his lifetime of service to his country, his state and his community. A Vietnam vet, a chief of the Youngsville Fire Department, and a fantastic family man, he has done everything for his family, community and Country. Congratulations Woody!”

Following the presentation from Assemblywoman Gunther, the tournament teed-off and all 22 teams that had registered to play started their day of 18 holes. Lunch was served as each team came by the clubhouse. The Youngsville Fire Department said thank you to the Swan Lake Golf and Country Club for serving, and the chefs on hand, Todd and Annie.

At the end of the day, with a score of 58, the team that consisted of Kort Wheeler, Jim Tanous, Anthony Marceano, and John Wilhelm took home the 1st place mens’ cash prize. The 1st place mixed team winners were the players of Emily Casey, Brian Casey, Kevin Frommer, and Chad Powell.

The members of the Youngsville Fire department would like to thank all 41 businesses and organizations that purchased a sponsorship hole. The signs/logos were on display for everyone to see right at the clubhouse! We also want to thank one of our own members, Luke Ellison who helped organize the event.