MIDDLETOWN – The conclusion of the Fall season has finally arrived, with the Section IX Exceptional Senior Game putting a stamp on a successful season.

Seniors from all over Section IX … 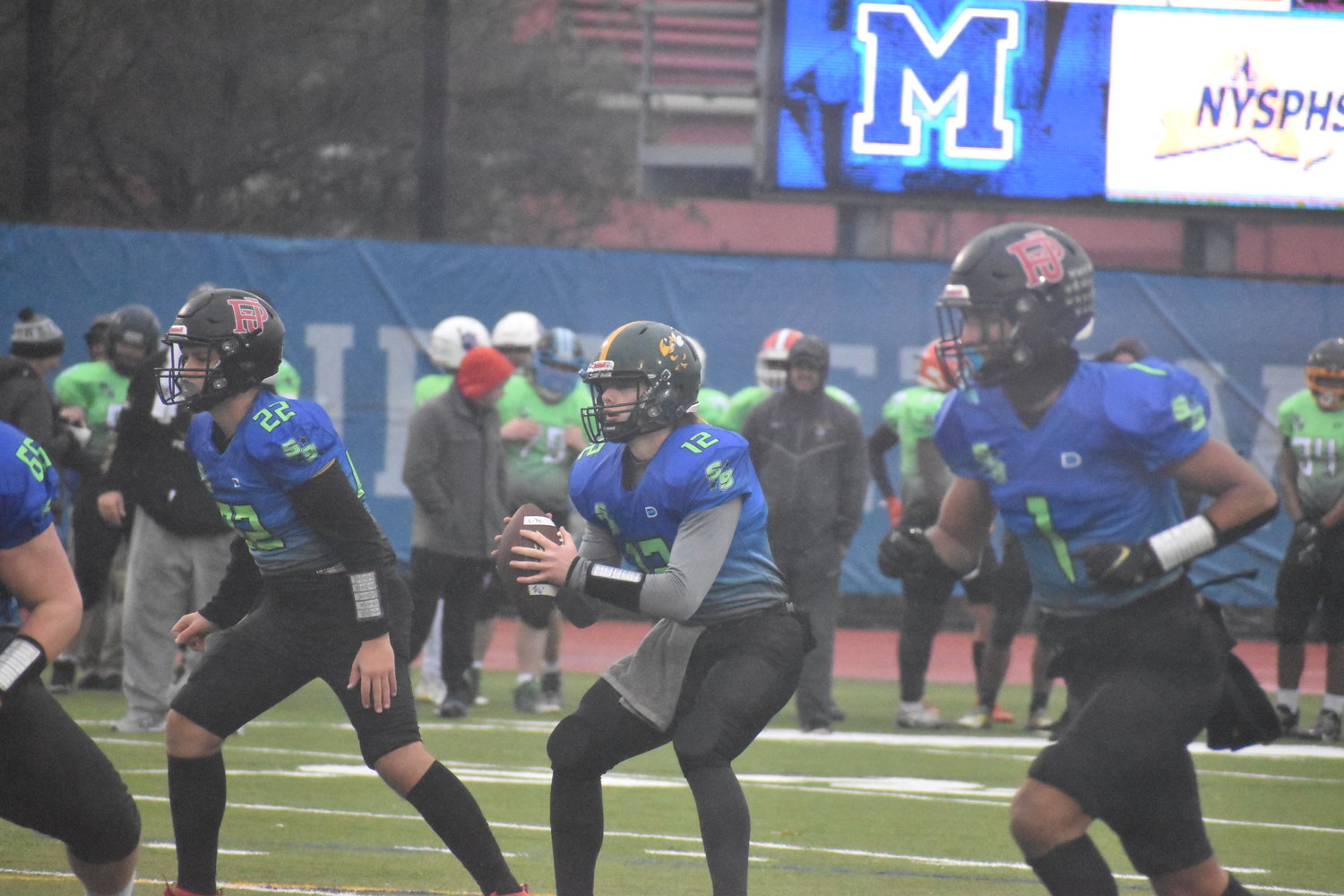 Frankie Whitmore (Eldred) takes a snap after the touchdown. He completed the 2-point conversion attempt to give the National team an early 8-0 lead.
Anthony Morgano | Democrat 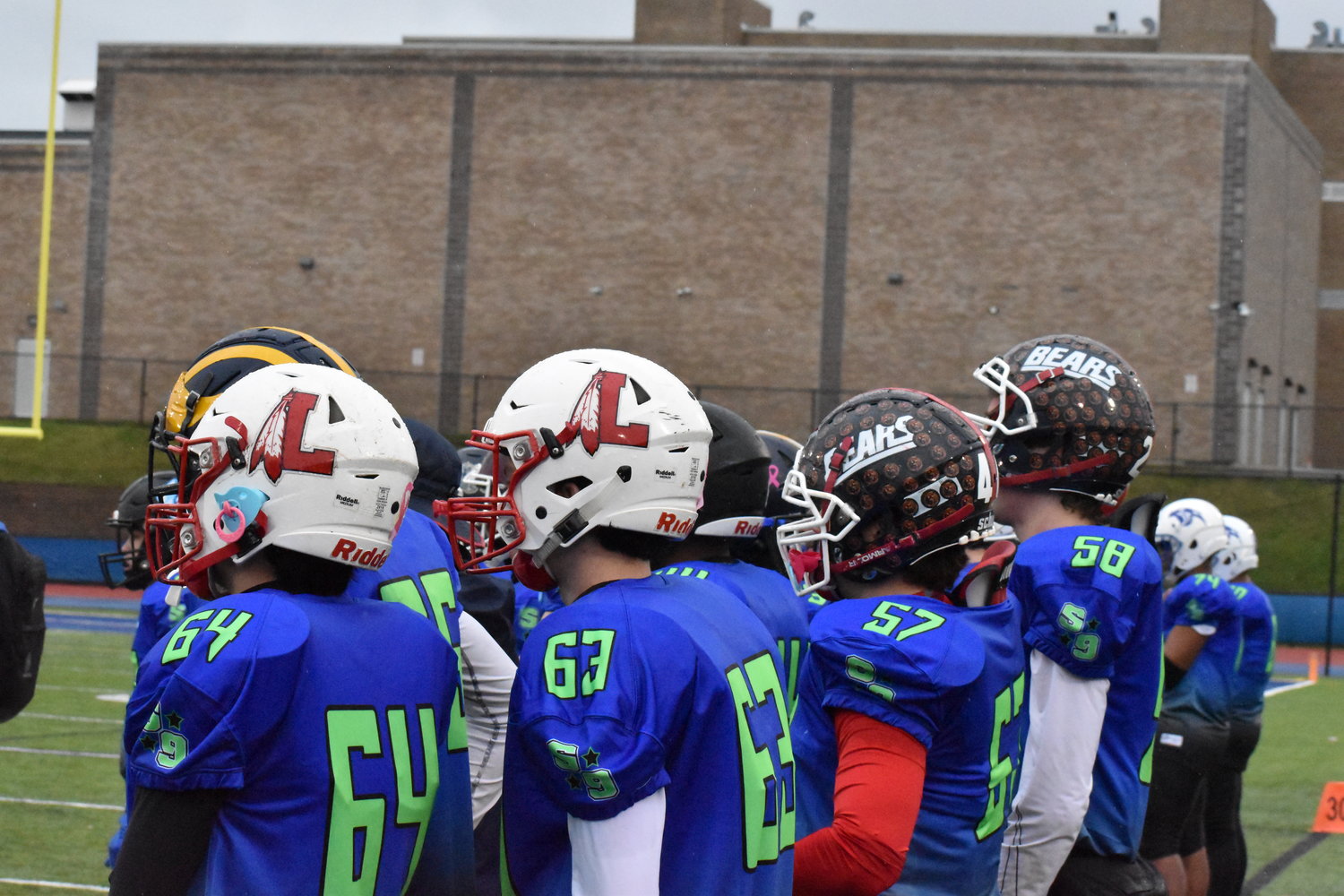 11 and 8. Players from Liberty (11-man) and Tri-Valley (8-man) played side by side in the Exceptional Senior Game.
Anthony Morgano | Democrat
Previous Next
Posted Tuesday, December 6, 2022 6:30 am
Anthony Morgano

MIDDLETOWN – The conclusion of the Fall season has finally arrived, with the Section IX Exceptional Senior Game putting a stamp on a successful season.

Seniors from all over Section IX gathered at Faller Field in Middletown for a rainy exhibition game. For as gloomy as it was outside, spirits were still high for the dozens of players and attendees that came out to support.

The scoring didn’t start until the second quarter, when Frankie Whitmore led the National team down the field to the end zone. He completed a pass for a 2-point conversion to give the National team an 8-0 lead.

The American team would answer back before the break, tying the game at 8 before halftime.

The American team dominated on both sides of the ball in the second half, keeping the National team off the board while adding two more touchdowns to earn the win.

Neither rain nor snow...